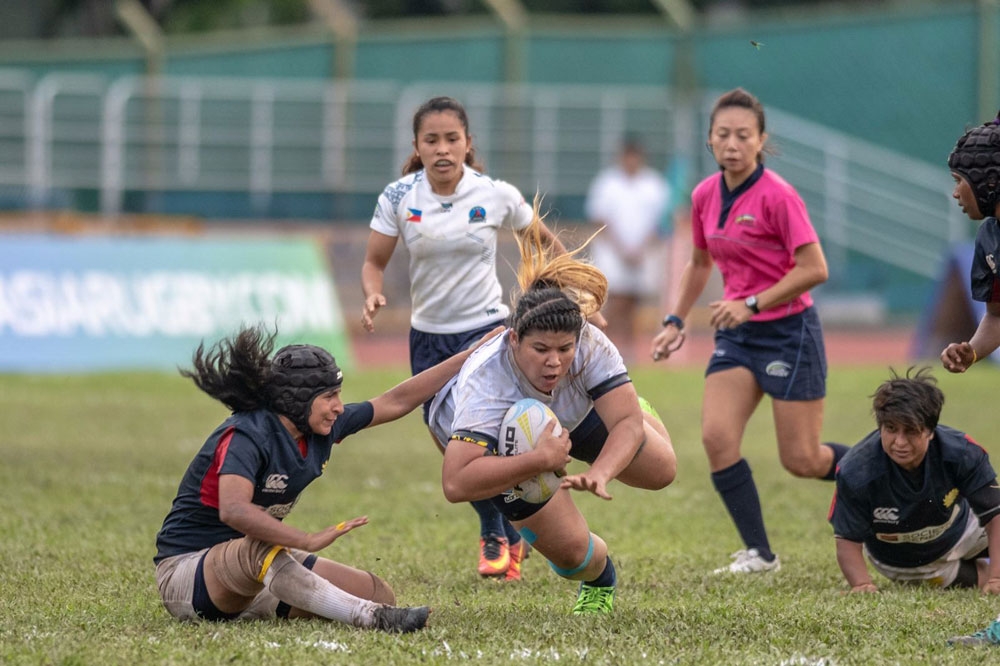 THE Philippine Lady Volcanoes beat India, 19-5, to book a spot in the Division 1 Asia Rugby Women’s Championships in Singapore.

In muddy conditions late yesterday afternoon, the Volcanoes were in a tight contest for most of the first half and it wasn’t until late in the first half the Philippines broke through and capitalized from a set piece.

Off a 22-meter line out, the Philippines utilized star center Sylvia Tudoc to bust through the Indian defense to secure first points for the Philippines, a trade mark piece from the Mavericks Rugby Club center. It comes as no surprise as Tudoc also recently received a rugby scholarship from leading rugby training academy Inside Running and will leave for New Zealand immediately following this tournament. Debutant Agot Danton of the Davao Durians, added the extra two points for a 7-0 halftime lead.

After a tough opening 40 minutes, the Philippines returned to the field more confident and started testing the defense early. Possession was held by the Philippines attacking the Indian defensive line consistently after the half time break. With back to back penalties, Philippine back-rower Tanya Escala Bird used her formidable strength to drive her way through under the posts to give the Volcanoes an extra boost. Danton once again added the extra points to spearhead the Philippines 14 points up.

Early into the second half, experienced leader Ada Milby was injected into the match. Milby continued to put the Philippines on the front foot and it wasn’t long before she scored her first points for the match. A five pointer after pressure on pressure from the Philippine Team made it 19-0 with time to spare.

India continued to contest and cut the lead to 19-4 with only 10 minutes left but the Volcanoes held strong to book a place in the Championship final against Singapore on Friday. (PR)