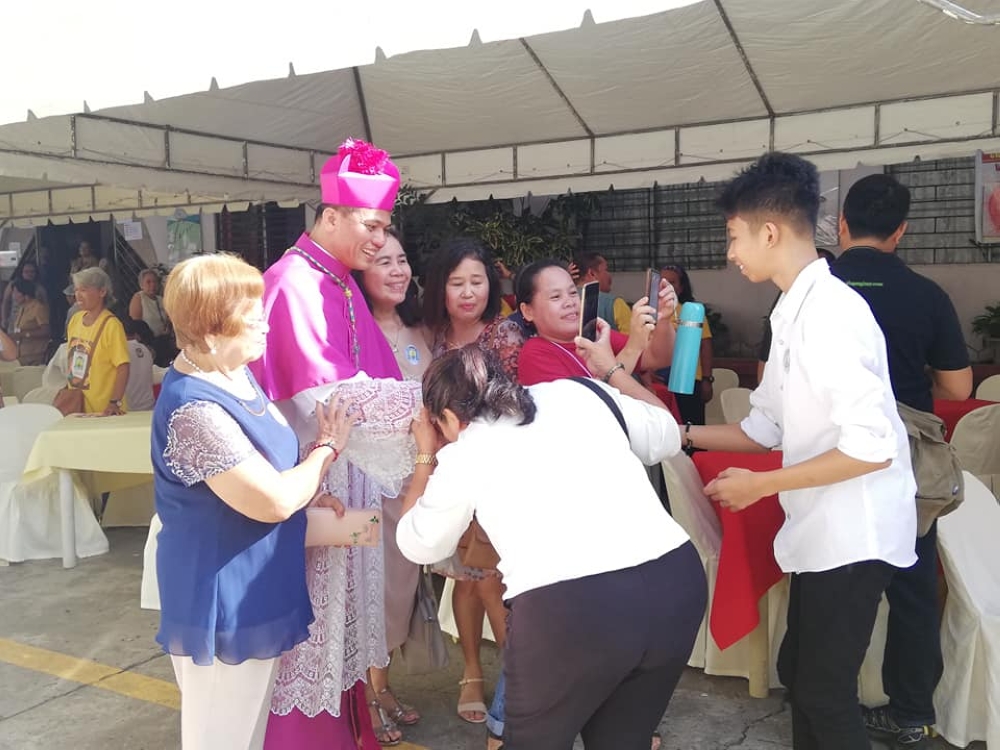 IN solemn rites led by Manila Archbishop Cardinal Tagle, Most Reverend Raul Dael was ordained as the third Bishop of Tandag in Surigao del Sur province on Thursday, June 7, at the St. Augustine Cathedral in Cagayan de Oro City.

More than 30 archbishops and priests, and a crowd of around 1,000 witnessed the ordination at the cathedral.

A huge screen was also installed for the public to view on live feed outside the church.

Tagle reminds Dael that "episcopacy is not just an honor, not a promotion nor a career, and certainly not climbing a ladder getting up there before others".

"It's all about the mission. Jesus opened his mission with a simple message that the time of fulfillment is here, the time is now fulfilled. God fulfills the time," he said.

Tagle still refers Raul as a fisherman "who will be willing to gather all of what is caught in the net and love all of the fishes despite their differences".

"Sometimes also, there’ll be no catch. So you have to go deep the way Jesus did, you might reach the bottom, and you might catch those that are not the most glamorous, not the most intelligent, not the most pious, we know the ambitious James and John, and the loud Peter who tells the Lord he loves him and the next time he said he don't know Jesus, but they are your catch, so you rejoice and you call on others to help you drag your catch to the shore," he said.

"My dear bishop Raul, i think you're an expert in fishing, bilang obispo, marami kang makikita sa net mo, minsan may lapu-lapu, may labahita, minsan may shokoy, but you keep on casting your net, even in frustration, but you hear Jesus telling you go on. And thank you for allowing Jesus to catch you," he adds.

Tagle said the diocese of Tandag is blessed with a new gift.

Dael, a fisherman's son from Kimaya, Jasaan, Misamis Oriental, was born on October 10, 1966, and the sixth of seven siblings.

Dael chose "Duc in Altum" as his episcopal motto which means "Put out into the deep from Lk. 5:4, saying this reminds him not just of my humble beginnings but to highlight "the centrality of my intimate friendship with the Lord to whom my entire ministry and life depend".

"In Tandag, I would simply like to listen and observe, appreciate the many good things that are already there, establish relationships and friendships, know and be known, and have a sense of the issues and concerns affecting the people and the rest of creation," he said.

At 27, Dael was ordained a priest for the archdiocese in 1993 and began his ministry as Parochial Vicar of the Metropolitan Cathedral.

Two years later, he was reassigned as Parochial Administrator of St Peter the Apostle parish in Sugbongcon, Misamis Oriental.