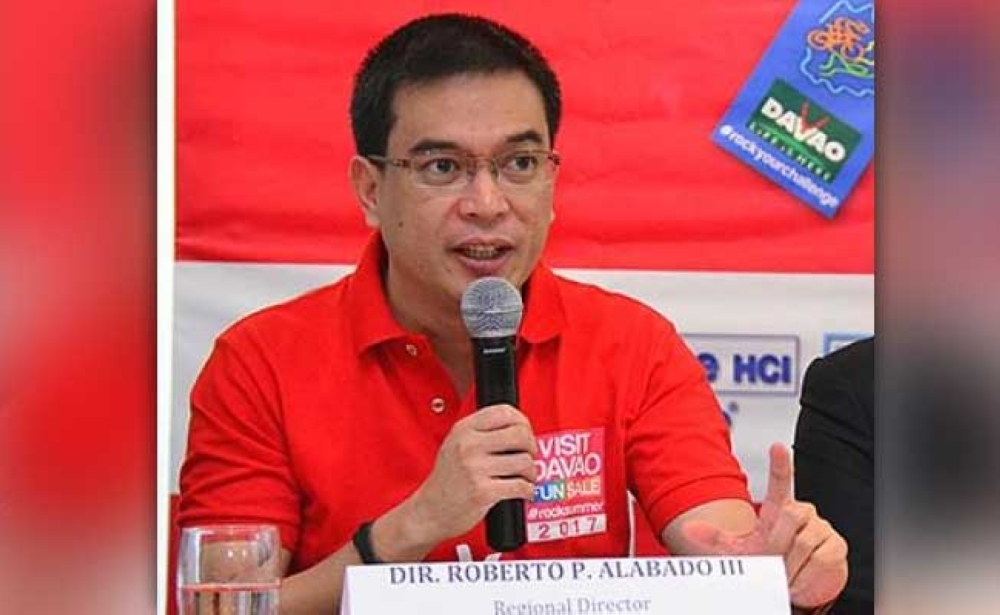 DAVAO. Roberto “Robby” Alabado III has been appointed as an assistant secretary of the Department of Tourism. (File Photo)

THE appointment of former Tourism Davao regional director Roberto “Robby” Alabado III as an assistant secretary of the Department of Tourism (DOT) shows that there are qualified people from Davao City who can work in the national level, said City Tourism Operations Office (CTOO) head.

In an interview with CTOO head Generose Tecson, she said she is very happy that a Dabawenyo was chosen for the position.

"I am happy that he's been given higher position and more responsibility in the Department of Tourism (DOT). This only means that there are really qualifed people from iur city who can work in the national level so I'm very happy," said Tecson.

After Teo resigned last month and was replaced by Bernadette Romulo-Puyat, Tecson said she was asked if she would consider a national postion should she be offered one.

Tecson said she laughed off the question and said she has responsibilities here in the city that she needs to fulfill.