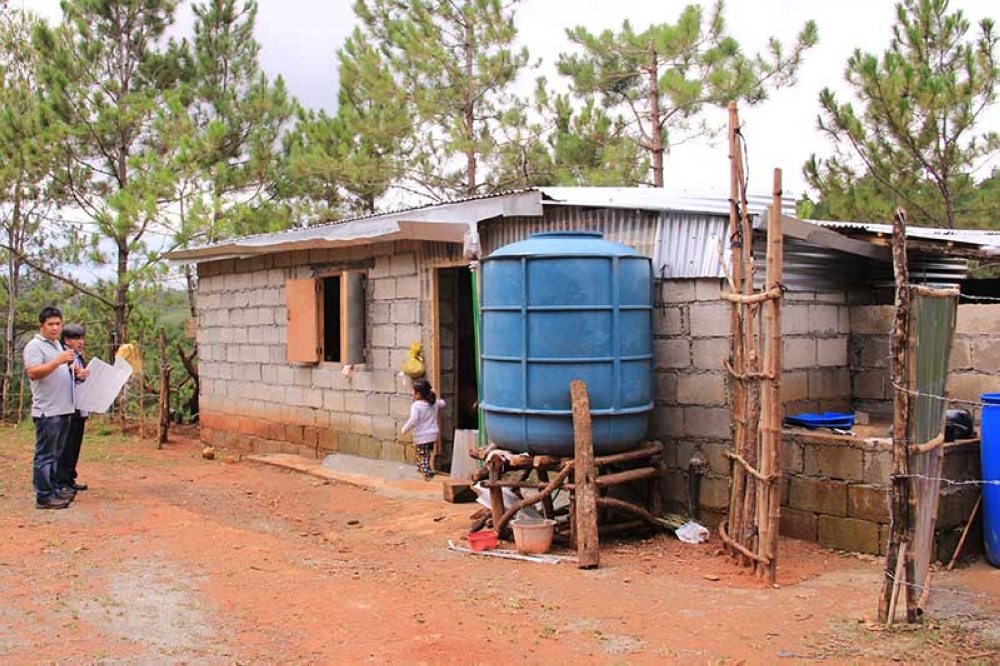 LA TRINIDAD. Several structures including construction materials, cultivated land, constructed empty tombs, and livestock animals were discovered during an ocular inspection at the Puguis Communal Forest by representatives from the Regional Trial Court, La Trinidad and the Heirs of Tiotioen, June 6 following the application for preliminary injunction filed by the clan on May 1. (Lauren Alimondo)

THE Court of Appeals Sixth Division denied the application for land registration of the heirs of Evaristo Tiotioen situated at Pico, La Trinidad in Benguet.

The appeal was filed as the municipality of La Trinidad attributed the following error of the decision of Regional Trial Court (RTC) on August 30, 2001 citing failure on the part of the heirs of Tiotioen to convincingly prove the subject property is part of the alienable and disposable portion of the public domain and there was failure on the clan that their title is registrable.

An earlier RTC decision confirms the title of the heirs of Tiotioen over the subject properties based on the testimonial and documentary evidence presented and the heirs had been in open, continuous, exclusive, and notorious possession and occupation of the land for at least 30 years preceding the filing of the instant application.

It was cited La Trinidad failed to establish that the parcels of land sought to be registered by the Tiotioen fall within the communal forest considering that their witnesses admitted that they have no knowledge on its metes and bounds.

Promulgated last April 30, the appeal was granted in the 18-page decision of the Court of Appeals.

“Premises considered, the appeal is granted. The decision dated 30 August 2001 of Branch 63, RTC La Trinidad, Benguet in Civil case No. 93-LRC-0008 is reversed and set aside. Applicants-appellees heirs of Evaristo Tiotioen’s application for land registration is hereby denied for lack of merit,” the court ordered.

For Tiotioen, he anchored his application for judicial confirmation and registration of title on Presidential Decree 1529 Section 14.

He also declared the parcels of the land was inherited and assessed at P76,840 which had been in open, continuous, exclusive and notorious possession and occupation of the land for the last 50 years.

However, the decision stated there is no sufficient basis to grant the registration of the subject properties.

The appellate courts say the clan failed to cite any government act or declaration converting the parcels of land into patrimonial properties of the state. Moreover, Tiotioen failed to prove that they possessed the subject properties in the manner and length of time required by law.

“It is no moment that the appellees and their predecessors-in-interest have been in possession of the subject properties for 50 years at the time Evaristo applied for the registration of title thereto because acquisitive prescription has not begun to run against the State.”

“It is burden of applicants (Tiotioen) to prove that the parcels of the land they seek to register fall within the classifications enumerated in Section 14 of PD 1529, given the general rule that public lands may not be alienated. In the absence of such proof, no length of possession or occupation would vest any right of ownership over the property, and registration under PD 1529 cannot be sanction by this Court. Taking into consideration the failure on appellees to prove compliance with the requirements for registration under PF 1529, the RTC committed a reversible error in granting the instant application”, the court order reads.

Meanwhile, on May 1, a petition with writ of preliminary injunction, prayer for temporary restraining order and other relieves were filed by the clan to a lower court against the issued memorandum order of the mayor effective April 17 to take measures and prevent further attempt resume further illegal construction in the communal forest.

During the onsite inspection, photographs were taken of several structures made of hollow block materials including construction materials of gravel and sand. Cultivated lands with vegetable crops of beans were seen including four empty tombs.

Piggery, livestock animals such as goats, ducks, and chicken were discovered of the inspected area.

RTC Branch 62 Judge Danilo Camacho ordered on May 24 a status quo as the proceeding of the application for preliminary injunction resume next week.