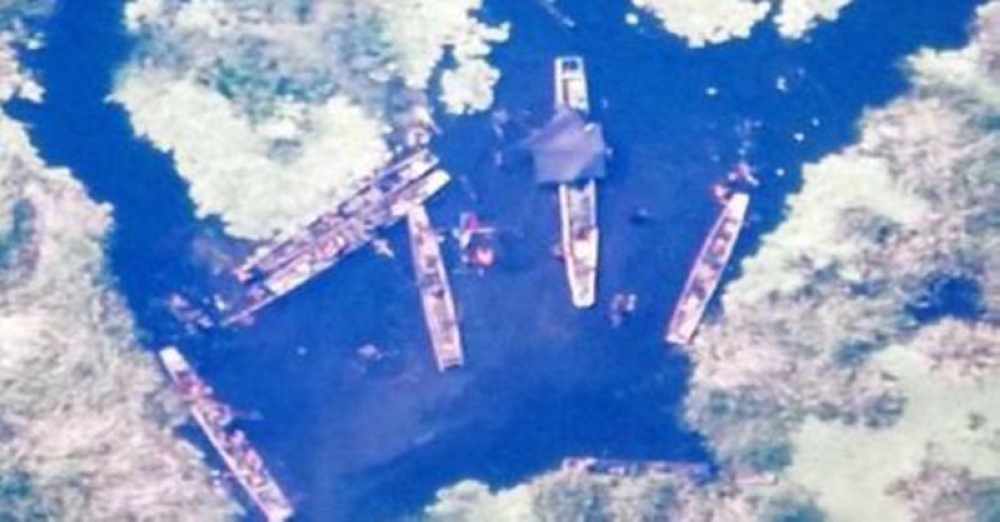 THE Office of the Presidential Adviser on the Peace Process (Opapp) confirmed that airstrikes and ground operations on Sunday, June 10, destroyed bomb-making factories run by a Daesh-inspired group in the southern portion of Liguasan Marsh in Maguindanao, led to the arrest of two suspects and forced around 10,000 residents out of their homes into evacuation centers.

Fifteen were confirmed killed, eight wounded, and one bomb expert and his wife were arrested in the pre-dawn raid on the terrorist lair.

Opapp on Monday, June 11, called on the evacuees to return home as the operation has already ended.

The duo who surrendered were identified as Ustadz Anwar Ali, 22, and Asnaya Ali, 20.

"The suspects threw their weapons and improvised bombs in the water when we blocked all their escape routes. Ustadz Anwar is known as Abu Omar, a bomb expert in the group," Cabunoc said.

On Sunday, June 10, 2018, the 6th Infantry Division (ID) of the Philippine Army conducted military operations against a group of Daesh-inspired bomb-makers holed out in the southern portion of Liguasan Marsh in Maguindanao.

"It was a combination of surgical airstrikes on confirmed targets and focused ground operations against the group," a statement from Opapp emailed Monday with regards the military operations last Sunday, June 10, 2018 carried out by the 6th Infantry Division of the Philippine Army.

"The operation was successful, resulting in the eradication of identified IED factories. Follow-up operations are also being conducted to ensure that terrorists are confined in the area," the statement said.

Posted by Office of the Presidential Adviser on the Peace Process on Sunday, June 10, 2018

Affected by the operations were the municipalities of Gen. Salipada K. Pendatun, Paglat and Paglas, all of Maguindanao, the minutes of the meeting with Haji Mami read.

The operation was against the group of Abu Toraipe, the report said.

Brig. Gen. Cirilito E. Sobejana, commander of the 6ID confirmed in the meeting that "the IED factory was hit by the rockets launched by the AFP. The destruction of the said factory was manifested by sympathetic detonations of IEDs when the rockets were fired and per bombing assessment, IEDs and its components are found."

Alamada further assured that BIAF-MILF Eastern Mindanao Front Commander Jack Abbas has said he is willing to clear his area of the threat of the terrorists.

The points agreed on in the meeting are:

Also, 602nd IB commander Colonel Alfredo Rosario was able to meet with representatives of the Department of Social Welfare and Development (DSWD) in Region 12 and asked them to inform the evacuees that they can return home since the possibility of further air strikes is now remote.