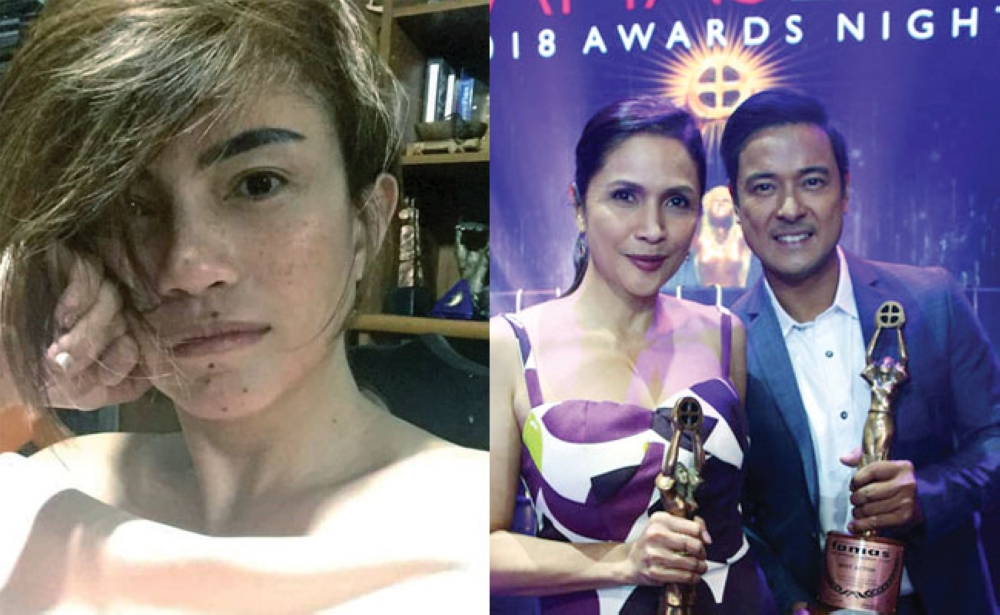 FORMER SunStar Cebu columnist Achinette Villamor took home a Filipino Academy of Movie Arts and Sciences Awards (Famas) trophy Sunday night at the Theatre at Solaire. The film that got her the award, “Balangiga: Howling Wilderness,” also got the best picture award.

Sunday night’s Famas Awards proved to be a celebration of varied and unique stories told by fantastic filmmakers in the industry.

The hauntingly beautiful film about the massacre in Balangiga during the Philippine-American war by Khavn dela Cruz bagged multiple awards. Among its major haul was best original screenplay, which Cebuana Villamor co-wrote with Jerry Gracio and the film’s director Khavn dela Cruz.

Agot Isidro won best actress for “Changing Partners,” which also received best adapted screenplay honors. It is a film by Dan Villegas, based on Vincent de Jesus’ musical play that portrays a couple, Alex and Cris, who fall out of love with each other.

“Bomba” centers on the extremely difficult struggles of Dizon’s character, Pipo, a deaf- mute man who is bombarded with hard problems that might result in his mad rage.

A movie directed and written by Kip Oebanda, “Bad Boys” is a telling of three law students who embark on the winding road of the college of law and the relationship and family issues they have to endure while preparing for the big day.

The awards show also gave the best director trophy to Arnel Barbarona for “Tu Pug Imatuy (The Right to Kill).”

A film based on the true struggles of the indigenous Manobos, “Tu Pug Imutay” focuses on a Lumad couple, Obunay and Dawin, whose family and traditional lifestyle gets lost because of the military.

As films received plaques to honor and validate their success, there were also a few individuals who received honors in categories named after people who left indelible marks in showbiz.

The Dolphy Memorial Award, on the other hand, was given to Vice Ganda. The comedian was praised by Epy Quizon in a tweet, revealing how the late great comedian laughed at Vice’s antics.

Awra, for his part, was given the German Moreno Youth Achievement Award.

Other awards include the grand jury prize for short film, which was shared by “Dory” and “Aliens Ata,” while “Hilom” took home the best short film award.

“Yield,” a documentary film done over the span of five years about nine children in a very bad Third World living condition, won both best documentary film and outstanding achievement in editing.

The award for the best visual effects went to Iar Arondaing for “Instalado.”

Hip-hop drama “Respeto” got the best musical score award and shared the grand jury prize for outstanding film with “Tu Pug Imatuy (The Right to Kill).”

Lav Diaz, who is now a member of the Academy of Motion Picture Arts and Sciences, was given the lifetime achievement award.

The awards night was hosted by Robi Domingo, Kim Chiu and Piolo Pascual.