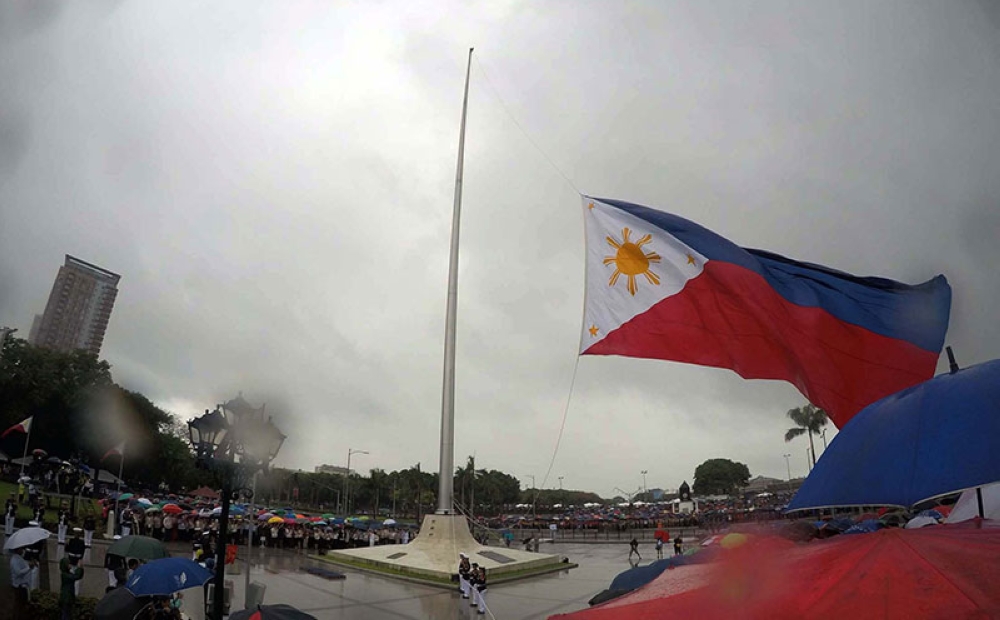 MANILA. The Philippine flag is raised during the 120th Independence Day ceremonies at the Rizal Park in Manila on Tuesday, June 12, 2018. (Alfonso Padilla/SunStar Philippines)

HOUSE Speaker Pantaleon Alvarez said on Tuesday, June 12, that the Philippines "became a truly independent nation" only under the administration of President Rodrigo Duterte.

Opposition lawmakers were quick to criticize and accuse him of "historical revisionism".

Akbayan Representative Tom Villarin said such a statement was "an insult to our intelligence" and "more an opinion than historical assertion."

Ifugao Rep. Teddy Baguilat, for his part, said: "I don’t think we are strengthening our independence and freedoms by kowtowing to Chinese interests."

In his speech during the celebration of the country's 120th Independence Day celebration in Tagum City, Davao del Norte, Alvarez said the United States controlled the Philippines from July 4, 1946 until Duterte assumed office.

Alvarez said that many of the criticisms against the foreign policy of Duterte come from the Americans and their allies, whom he said are not comfortable with the fact that US has lost control over the Philippines.

Alvarez assured the public that Duterte's sole motivation in adopting a foreign policy shift is the welfare of the Filipinos.

"Speaker Alvarez statement that it is only under Duterte’s term that the country became truly independent from colonizers is historical revisionism and pooh poohs the struggle of the country’s heroes who fought against Spain, US and Japanese colonizers for our hard won freedoms since the 1898 Philippine revolution," Villarin said.

Villarin stressed that to say that the country is still being colonized up until Duterte took office is "an insult to our intelligence as this statement is more an opinion than a historical assertion."

Villarin also slammed the foreign policy of the administration for its failure to assert the country's sovereign rights over the West Philippine Sea.

"Even an unscheduled landing of a Chinese military aircraft in Davao is blatant violation of our airspace that was not called out by Speaker Alvarez," Villarin said.

"This invasion by China is an affront to our sovereignty but Speaker Alvarez seems not to mind this naked aggression," added the lawmaker.

Baguilat said an independent foreign policy is not defined by just shifting alliances.

"We recalibrated our foreign policy to a pro-China, anti-west foreign orientation. But that doesn’t make it independent. In fact, we are slowly ceding our sovereign mandate over territories in the West Philippine Sea," he said. (SunStar Philippines)