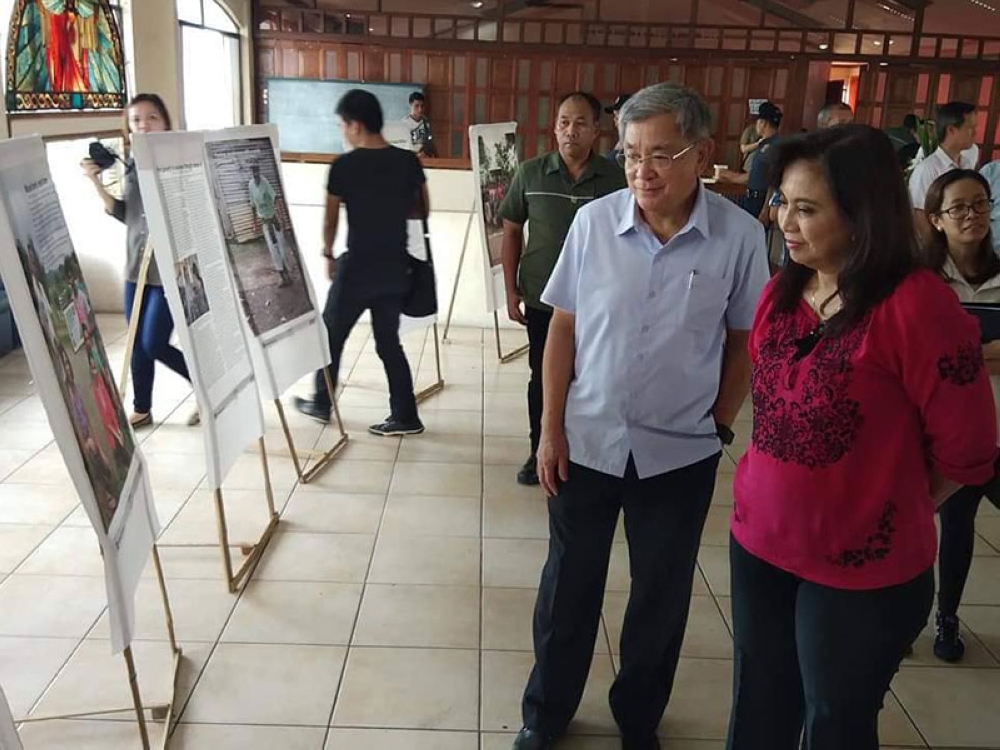 Robredo was in Bacolod City yesterday for the unveiling of Istorya ng Pag-asa Negros Occidental Photo Gallery at Vianney Hall in the Bishop’s House.

In an interview, Robredo confirmed there are several Negrenses who joined as new members of LP.

She also revealed that those who officially joined the party are non-politicians.

Robredo revealed that getting non-politician members is a continuing campaign of LP.

"We have been around. In fact, in Iloilo, we are supposed to do the swearing in of new members but it was reset. We have been doing this around the country like in Pampanga, Bicol and even in Metro Manila. We have been getting members who are not connected to politics", she further said.

(Recognition for huge votes from Negros)

In his speech, Robredo recognized the huge votes she got in Negros Occidental in the 2016 elections.

"I often visit Bacolod because in the last election you have put your trust on me. Negros Occidental was one of the provinces that gave me one of the highest votes," she said.

In the whole of Negros Occidental, Robredo said she got 53 percent while the one who followed her was only 11 percent.

She also said that she won in 31 out of 32 towns and cities in Negros Occidental. She lost in only one locality, which she did not reveal, as it is past already.

She gives her special recognition to the Second District of the province where she got the highest votes like the votes she got in Camarines Sur, her home province.

On weakening of peso against the dollar which is the lowest in a span of 12 years, Robredo said the situation needs to be studied very well why it happened because many jobs would be affected.

"We have been asking the government to look into the reason why it is happening because we need to arrest this as soon as possible. If this continues this would be bad not only for the international community but especially for the Filipinos. This is alarming because it's sudden and has been getting bigger. We need an explanation why this is happening," she said.

There are many factors and speculations about the situation, Robredo said and that she believes that the government is in the best position to explain this.

"They said it is the product of the Train Law but the government is insisting it is not. I believe that it is not good that everyone is speculating so we ask the government to explain the situation," Robredo said.

Meanwhile, on the reported harassment of Filipino fishermen at the West Philippine Sea, Robredo said it is a pity and awkward situation because they are in an area which is owned by the government.

"But why should they be barred from fishing in an area that we own? Why are they deprived of livelihood? We are aware that their respective families are dependent on them. Latest news is that the fishermen are allowed again. We are not happy about it because why do we need to ask permission from China and why they would give us goodwill when it belongs to us. This is an insult to all of us that we are fishing in our own grounds but before we could do it we need to ask permission. Why do we allow this? We are asking the government, that it is our obligation in government, that our fishermen should not be harassed and make sure that they are free to earn a living in a place that belongs to us,” she lamented.

She emphasized that the country has won the case that was filed in the Arbitration Tribunal, stressing that the West Philippine Sea belongs to the Philippines as part of its Exclusive Economic Zone.