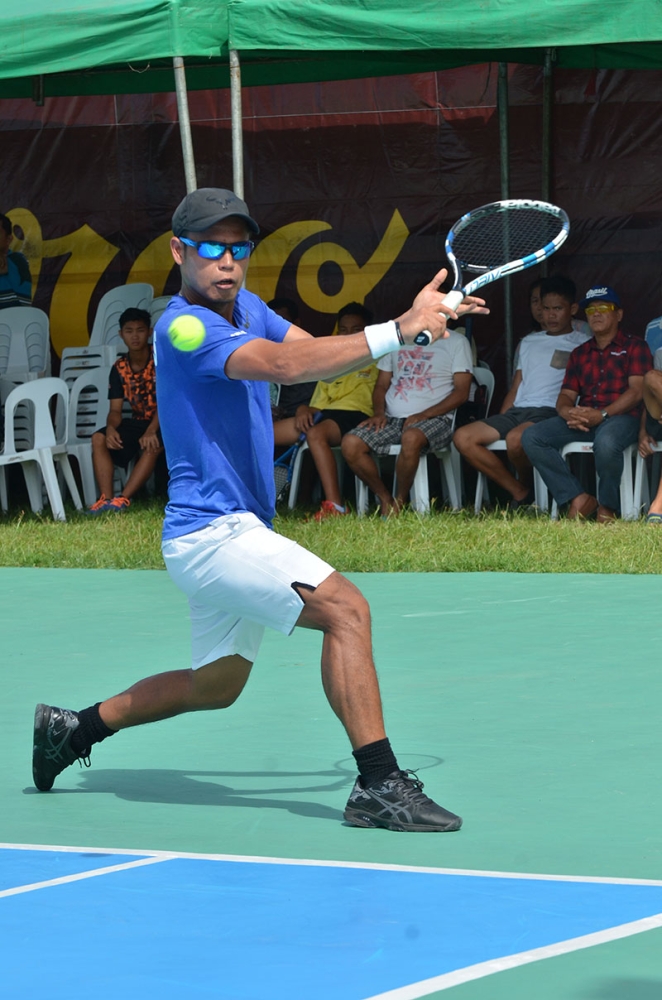 Arcilla, who won several championships in Merco-Selecta-presented tournaments in Davao City, said he did not expect to win the title having felt a tinging pain in his shoulder while he was warming up.

Arcilla, however, leaned on his service aces and consistent volleys to give him the win after missing action in last year's edition of the tournament due to injury.

He and Otico played each other a few times in the past and the latter once subdued Arcilla in another finals showdown in a Marikina invitational.

But Otico of De La Salle Santiago Zobel bounced back by clinching the men's doubles title with University of the East partner Rolly John Saga. Otico-Saga survived past Francis Casey Alcantara and Jan Godfrey Seno, 7-6, 7-6, in the championship match.

"Sa tiebreaks lang talaga nagkaalaman, paunahan lang kami ng pressure. I just told my partner that we just play our game because we have nothing to lose," he told Sun.Star Davao.

All winners received cash prizes and trophies. The event was organized by the For the Love of Tennis (Flot) Group of Merco president Anton Ferrazzini.