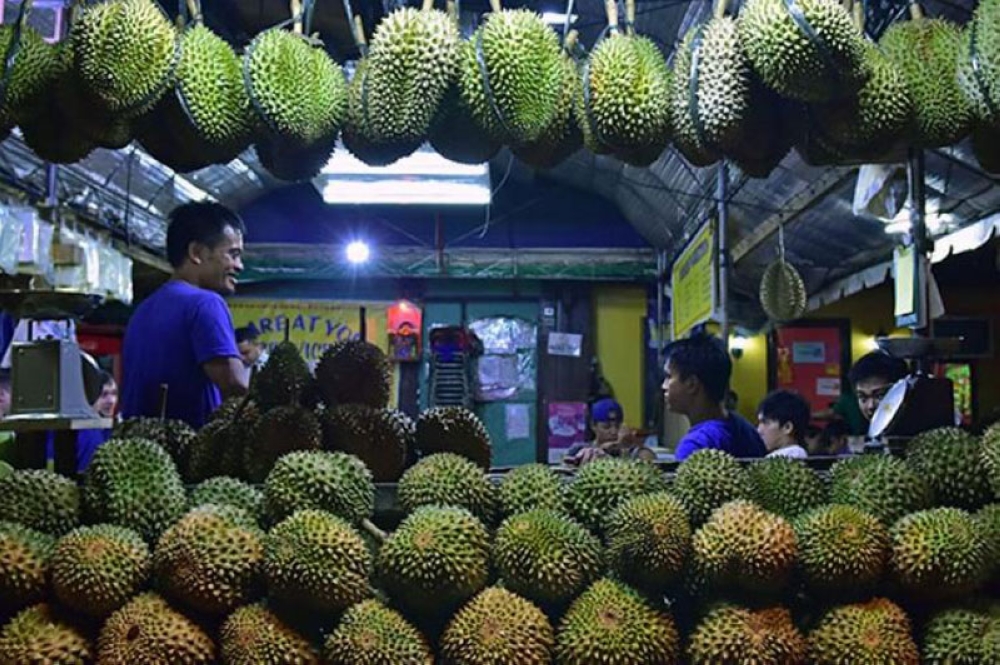 Fruit production in Davao Region was low in the past years, resulting in higher prices of fruits in the market and eventually in dampened enthusiasm for the festival.

In previous reports, Durian Industry Council of Davao City (DICDC) chairman Larry Miculob said the primary reasons for this were the abnormal rainfall and climate change.

Recovery from the drought in 2016 came as excess rainfall the following year causing durian flowers to fall from the trees even before developing into mature fruits.

Because of this, there was only limited number of durian fruits produced by the region. The Philippine Statistics Authority reported a 20.52-percent decline in durian production volume in Davao Region to 53,805.71 metric tons (MT) in 2016 from 67,697.44 MT in 2015.

Nearly 40 percent, or 3,000 hectares, of the entire 8,000 hectares of durian plantations in Davao Region are found in Davao City.

“As the industry is driven by nature, we can only do so much about the problems like drought and rain. We can only pray that the rain wouldn’t be too much that it would wash off the durian flowers. But of course, we also have interventions like regular spraying of fungicide especially during frequent rains because the more it rains, the greater the possibility for fungi to build up in the flowers and the tree,” said Miculob in an earlier interview.

This year, however, Miculob is optimistic that the durian yield is much better. He said they are noticing that the durian trees have more flowers and that the summer weather had not been as extreme and not as rainy as the previous years.

Currently, prices of durians per kilo in the city still play at around P100 onwards, however with the good state of the flowers, the trees, and the weather, vendors expect it to go as low as P40 to P60 per kilo during the peak of its season.

On the part of the Department of Agriculture (DA) Davao Region, on the other hand, they assure the consumers and the vendors that there is no current infestation case of Phytophthora palmivora disease in the region.

It is a disease commonly caused by fungi and molds in durian plants. DA Davao High Value Crops Development program coordinator Melani Provido said they are doing specific interventions against this disease.

“We manage it by the use of semi-tolerant durian variety such as Puyat, pruning of the canopy of durian to make sure sunlight can still penetrate the area and promote air circulation, applying correct amount of fertilizer based on soil analysis, early monitoring, detection of the disease,” she said.

During the early signs of infection, Alliete fungicide is then applied in judicious amount while it is also assured that the farm soil is well-drained or must have established drainage canal.

As of last year, the DA Davao Region had recorded to have had distributed 400,000 Puyat durian seedlings that served as replacement to the durian trees that did not survive the 2016 drought. Distributed to the different areas in the region, they had since been planted to a total land area of 400 hectares.