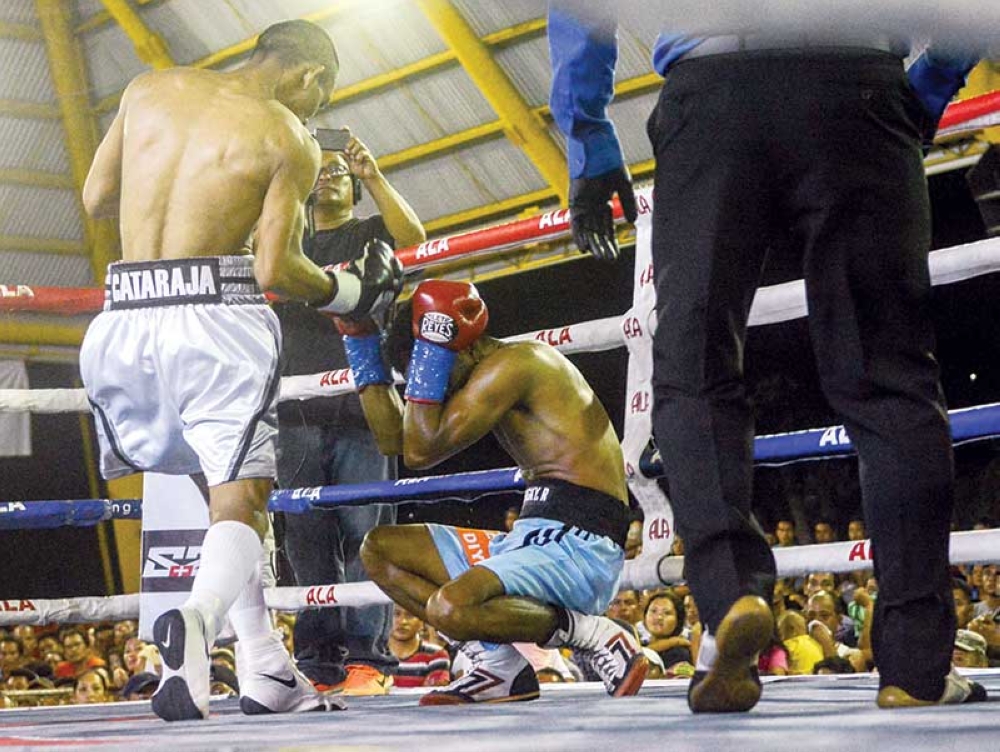 HE’S BACK. A year after completing his BS Criminology degree, KJ Cataraja shows he has no ring rust with a third-round knockout win. (SunStar photo / Arni Aclao)

DESPITE a ring absence for close to a year, former amateur standout KJ Cataraja displayed his quickness and power and defeated Indonesian Frengky Rohi in three rounds in front of a cheering hometown crowd last Saturday night in the main event of Idol 3 in the Tabuelan Astrodome.

Right after picking up a degree in BS Criminology from the University of the Visayas (UV) last year, the 23-year-old Cataraja is ready to fully focus on his boxing career. He wants bigger fights.

He may just have his wish granted as ALA Promotions president Michael Aldeguer wants him to fight for a youth crown in his next bout, possibly as one of the undercard fights of the all-Filipino clash between Donnie Nietes and Aston Palicte for the vacant World Boxing Organization (WBO) super flyweight belt in August.

“Because of his record as an amateur we’re hoping for the WBO World Youth title for him,” said Aldeguer. “We’re not sure yet (what type of opponent we’ll give him). We’re going to take it slow with KJ, he only has eight fights. He had a long layoff because he went to school. So now he has to go back to boxing mode. We’ll see what’s out there.”

Cataraja dropped Rohi with an overhand left in the opening round and then finished him off with a counter left hook in the 2:44 mark of the third round.

Cataraja remained undefeated at 8-0 with seven knockouts, while Rohi fell to 5-6-1, 1 KO). EKA