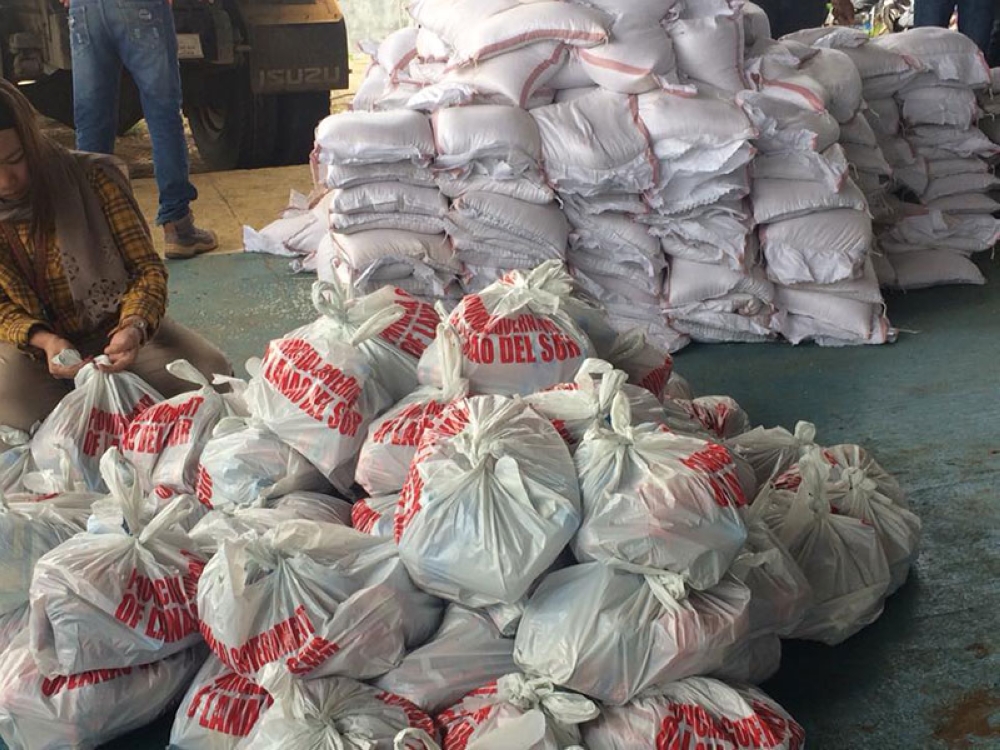 LANAO DEL SUR. The Provincial Social Welfare and Development Office prepares relief goods for the families displaced by the military operations against the Maute group in this photo taken on June 18, 2018 in Binidayan town. (Photo from Provincial Government of Lanao del Sur Facebook)

THE military has successfully flushed out members of the Maute terror group from their lair in the hinterlands of Tubaran town in Lanao del Sur following the intensified conduct of military operations, including airstrikes, in the area, Joint Task Force Ranao deputy commander Colonel Romeo Brawner said Wednesday, June 20.

He said they were still validating the status of Owayda Benito Marohomsar alias Abu Dar, the alleged leader of the group, as well as the reported death of at least five Maute members following the airstrikes since Sunday, June 18.

(We could not confirm these reports yet because we have not seen any remains. But based on oral reports, Abu Dar was wounded. He is still alive.)

He said troops saw in the said Maute hideout bunkers and foxholes as well as several bullets and spent shells. The area has been cordoned off.

Brawner said military operations in the said area are still ongoing as they are pursuing at least 30 remnants of the Islamic State-inspired terror group.

The group is believed to be led by Abu Dar, who assumed leadership after the death of Isnilon Hapilon and the Maute brothers during the Marawi conflict in 2017.

Brawner said the hunt against the said Maute members is more challenging than the operations they conducted during the Marawi conflict because the area where they could hide is vast. The Marawi conflict was confined to the city, especially the so-called ground zero or most affected area, where the Maute fighters were holed up.

The Maute group and the group led by Hapilon, a former Abu Sayyaf member who was allegedly the IS emir in Southeast Asia, laid siege to Marawi from May to October 2017.

Martial law was declared in Mindanao as a result. Martial law is in effect until end-2018 to flush out the remaining Maute fighters and other threat groups.

Meanwhile, the Lanao del Sur Provincial Disaster Risk Reduction Management Council (PDRRMC) said 2,234 families or 11,170 individuals have evacuated their homes in the towns affected by the ongoing military operations against the Maute group.