Xiaomi: A Chinese startup out to challenge Google, Amazon 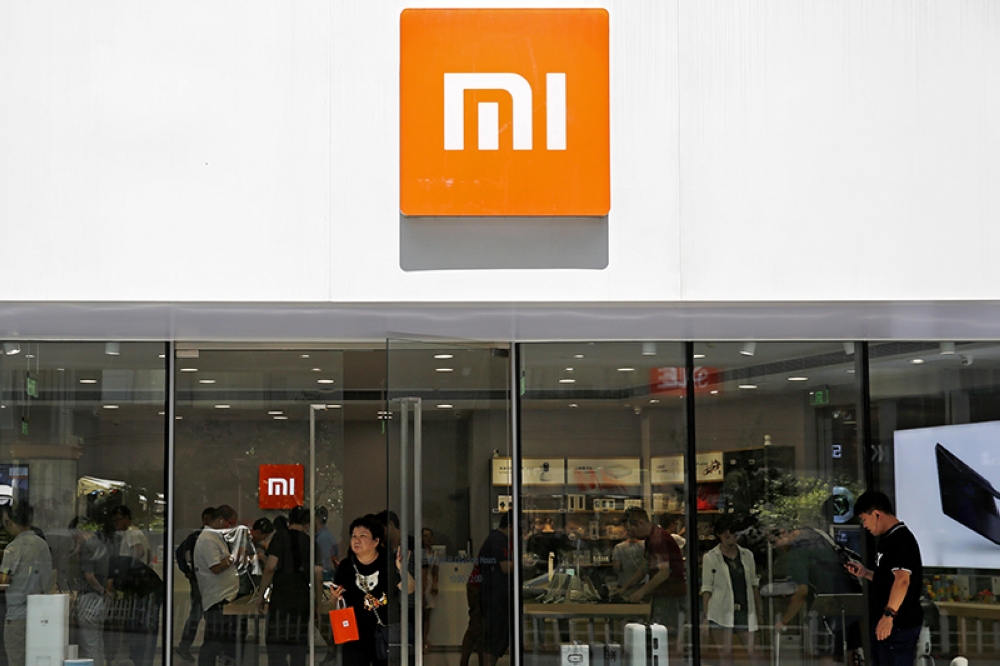 CHINA. In this Wednesday, June 20, 2018, photo, a woman with purchased goods walks out from the Xiaomi store in Beijing. Xiaomi, a Chinese startup that helped to pioneer the trend toward ultra-low-priced smartphones, is preparing for what would be the biggest initial public offering since e-commerce giant Alibaba's in 2014. (AP)

SEOUL, South Korea -- Xiaomi, a Chinese startup that helped pioneer the trend toward ultra-low-priced smartphones, is preparing for what would be the biggest initial public offering since e-commerce giant Alibaba's in 2014.

The 8-year-old is a star among the Chinese unicorns, a term that refers to startup companies that are valued at more than $1 billion. It has a dedicated Chinese fan base and its media-savvy leader is an Asian celebrity. But it is untested outside the region.

Can a Chinese company be cool outside Asia? Can Xiaomi achieve its goal of expanding beyond hardware to be an internet service company?

A guide to Xiaomi and its upcoming IPO in Hong Kong:

Where did Xiaomi come from?

Their first smartphone, the Mi1 released in 2011, was an instant hit with little marketing. Consumers buzzed about its low price of 1,999 yuan ($305) and competitive quality.

It helped to ignite an unusual fan culture on which Xiaomi has built its product development. Customers take part in design decisions by sending suggestions over social media.

In 2013, Xiaomi sold more handsets in China than Apple. The next year, it became China's top-selling smartphone.

The company later was passed in sales volume by local rivals Huawei, Oppo and Vivo. But after a slump in 2016, Xiaomi's growth rate outpaced other smartphone makers in the following year. While Samsung, Apple and Huawei saw flat or 10 percent growth or less in 2017, Xiaomi sales jumped 58 percent, according to IHS.

Last year, the company had a 6 percent share of the global smartphone market, despite minimal presence in Europe and the United States.

How much money does Xiaomi make?

Even if the company turns that around, CEO Lei has promised to keep prices low for consumers by holding profit margins on hardware sales to 5 percent, a stance that might rattle investors.

"Xiaomi is more than a hardware company," said Lei in an open letter to investors. "Although our hardware business is essential to building our user base, we do not expect it to be the main source of our profits."

Xiaomi makes 90 percent of its revenue from hardware sales but calls itself an internet content company. It wants to make money by delivering services to the more than 100 million users of its connected devices and 190 million users who use its software MIUI.

How much is the IPO expected to raise?

The IPO is expected to raise billions of dollars — possibly the biggest haul since Alibaba raised $22 billion in 2014 — though forecasts of how much have declined.

Investors are likely to value Xiaomi at $63-$68 billion, down from earlier expectations of as much as $100 billion due to its "low profitability," said Choi Won-seok of Shinhan Investment Corp. in a report.

"Compared to other Chinese tech companies, it will be an attractive price point for investors," wrote Choi.

Why are investors optimistic?

Xiaomi is the rare Chinese brand that has succeeded abroad.

"Xiaomi is probably one of the few Chinese companies that have gotten enough international attention not in a negative way," said Melissa Chau, associate research director at research firm IDC.

In India, it unseated Samsung as No. 1 in smartphone sales. This is a bright spot because India is one of the few remaining handset markets with big growth, said Chau.

It is also one of the few hardware manufacturers that have been able to use their hardware products as an entry point to selling services and software.

"If you think of other hardware makers who do that, you can only think of Apple," Chau said.

In the letter to investors, Lei said the eight co-founders wanted to make "the coolest company in the hearts of our users."

"Good companies make profits, great companies also win over people's hearts," Lei wrote. "We pride ourselves even more in being a technology company with a rare 'fan culture'."

But can it stir similar enthusiasm among investors and Western audiences?

A key challenge will be winning over US and European consumers who might be more wary of Chinese brands.

Another challenge is to show to investors that, like Google or Amazon.com Inc., it can make a profit from services, reducing reliance on handset sales.

Xiaomi founder's vision however echoes that of many Silicon Valley internet companies.

"Fundamentally, the Internet is all about transparency, efficiency and equality," said Lei in his letter to investors. "We want to allow everyone, regardless of gender, ethnicity, religion, nationality, or education level, to enjoy the benefits of technology." (AP)