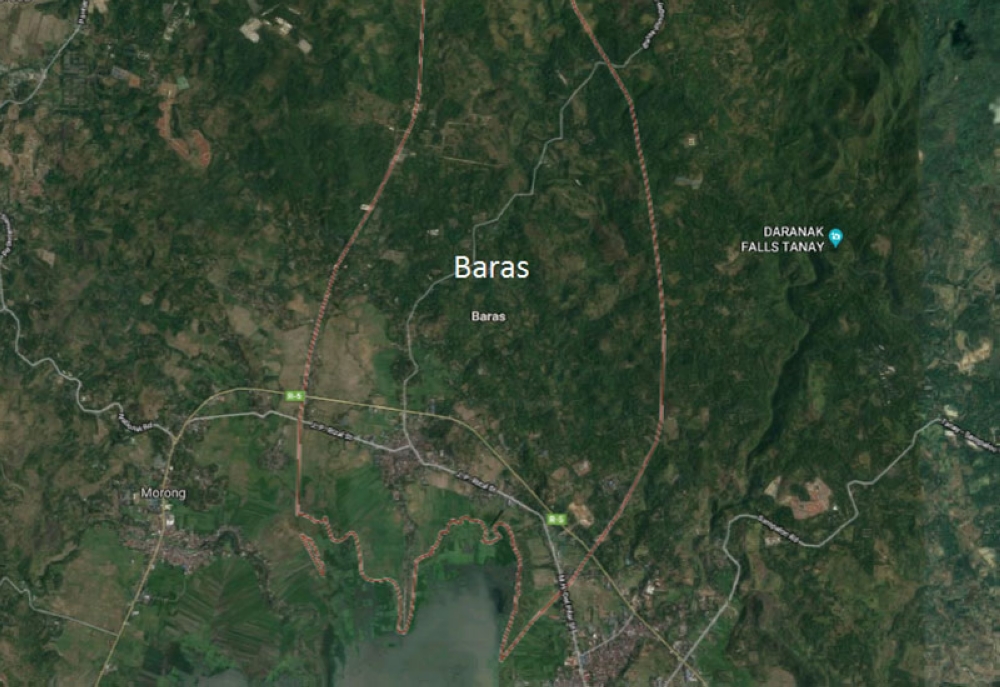 In a press conference at the police headquarters here Monday morning, Chief Superintendent Edward Carranza, the acting Regional Director of Police Regional Office (PRO)-Calabarzon, presented the arrested suspects, two of whom were tagged as Pangasinan's No. 2 and 3 Most Wanted Persons (MWP).

Carranza said that arrests stemmed from information provided by a concerned citizen that a suspicious person in their area is always seen carrying a firearm.

“The identity of the subject person was secured and was verified at the National Bureau of Investigation (NBI). It was then known that the person has standing warrants of arrest issued in Dagupan City,” he said.

According to Carranza, the brother suspects Crisanto, Michael and Rudy Jr. are all sons of Rudy Padilla Sr., a native of Lucao District in Dagupan City, Pangasinan and are presently residing at Sitio Galaxy B, Barangay Pinugay in Baras, Rizal, until they were captured around 7:30 a.m. on Sunday.

The arrested suspects are temporarily detained at the Baras police station for the filing of illegal possession of firearms in violation of RA 10591 while the confiscated pieces of evidence will be subjected for ballistic examination to verify if these are used in other crimes or shooting incidents in the region.

“We will still go through in-depth investigation if there were incidents that happened in our area of responsibility involving these persons,” Carranza vowed.

Meanwhile, Recoco, the chief of Dagupan Special Operations Unit, appealed to the public who were once the victim of the group to come out and testify to bolster cases of murder, frustrated murder, double murder and kidnapping against the suspects, which remain pending and are still for court filing due to lack of witnesses.

“The successful operation was a result of close coordination and collaboration of different law enforcement units such as the NBI, participating police units and the contribution of the people in the community by providing information on suspicious person in their area to the proper authorities,” he added. (PNA)