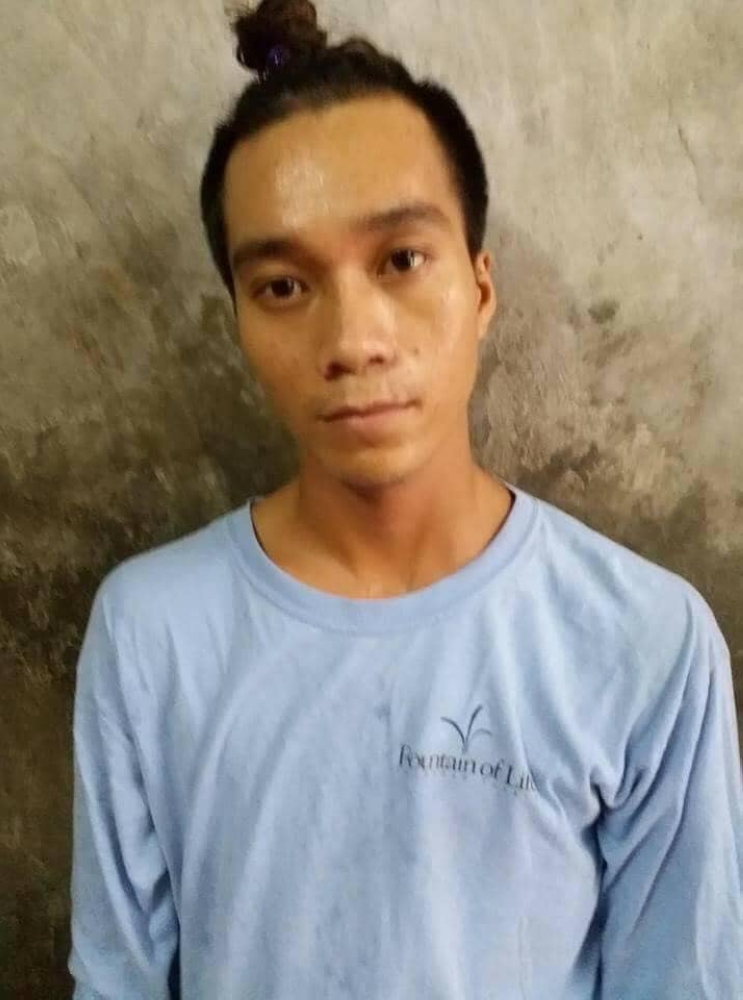 MANILA. Genesis Argoncillo complained of difficulty breathing while in detention at the Novaliches Police Station. He died shortly after he was brought to the hospital. (Contributed photo)

Argoncillo’s death has prompted the relief of five police personnel including the commander of the Novaliches Police Station, Superintendent Carlito Grijaldo, and Police Officer 3 Dennis Sano, who was supposed to be guarding the detention facility at the Novaliches Station, pending the investigation.

Critics have blamed the incident on the police’s anti-tambay operations, since Argoncillo was initially reported to have been arrested on June 15 for loitering shirtless. Police have insisted that he was arrested for alarms and scandals.

QCPD director Joselito Esquivel said based on the statement of three witnesses, detainees Richard Bautista and Justin Mercado beat up Argoncillo at around 10 p.m. of Monday, June 18, inside the detention facility of the QCPD Police Station (PS) 4 in Novaliches.

The witnesses said the two suspects are members of the Sputnik gang. Both the witnesses and suspects were detainees at the Novaliches Station at the time of the incident.

QCPD Crime Investigation and Detection Unit (CIDU) chief Rodel Marcelo said based on the accounts of the witnesses, Argoncillo was restless on the night of June 18 and might have stepped on fellow detainees who were sleeping on the floor of the facility.

Esquivel said they are looking into the involvement of other inmates in Argoncillo’s mauling as the witnesses said that several other inmates shielded the beating of Argoncillo so as not to attract the attention of the police officer on duty.

Esquivel assured there was no gang war inside the detention facility. He said the witnesses are not members of either Sputnik or Bahala Na gangs. One has been released on bail while the two other witnesses were transferred to the custody of the CIDU to ensure their safety.

Esquivel earlier denied that Argoncillo was tortured, as alleged by the family.

He said the young man died as a result of the congestion at the detention facility. He also quoted Argoncillo’s attending physician, Jethiel Fabon, as saying there were no external injuries on Argoncillo’s body.

During Friday’s press conference, Esquivel admitted that Argoncillo was beaten up, not by the police but by the two suspects.

Esquivel said they were not trying to cover up the cause of Argoncillo’s death. He said he based his earlier statements on the report provided by his men.

“Initially pag nag-conduct ang physician declaring the death of a person cursory examination lang ‘yun...there are two kinds of wounds the internal and external at the onset it was reported that there were no signs of external injuries but during the more in depth examination such as the autopsy it revealed that he died of multiple blunt force trauma in the neck, head, chest and upper extremities,” said Esquivel.

“We are not changing the tune of our press release, we stand by the fact that at the time of the death the report was that there was no reported external injuries and we did not stop... we investigated and we come to a conclusion last night that there was indeed beating up that led to the death of Tisoy,” he added.

He said Argoncillo was arrested around 8 p.m. of June 15 after police received reports that he was challenging people in their area to a fight.

Esquivel said the QCPD’s anti-tambay operations usually start at around 10 p.m. based on the curfew hours.

As reported, Barangay Sauyo deputy barangay public safety officer said based on their record, Argoncillo was arrested along with six other persons around 9:30 p.m. during the conduct of police Oplan Galugad for being shirtless.

One of the family’s neighbors who witnessed the arrest also belied the police claim that Argoncillo was causing trouble in their area prior to his arrest.

During the said press conference, Marilou, Agoncillo’s sister refused to believe that the police was never involved in the mauling of her brother and that it was only perpetrated by the other inmates.

She also maintained that her brother was arrested not over alarm and scandal but for loitering on the street without a shirt.

Esquivel said the police will continue to investigate to identify the possible liability of the officers on duty as well as the identification of the other inmates involved in the killing. (SunStar Philippines)