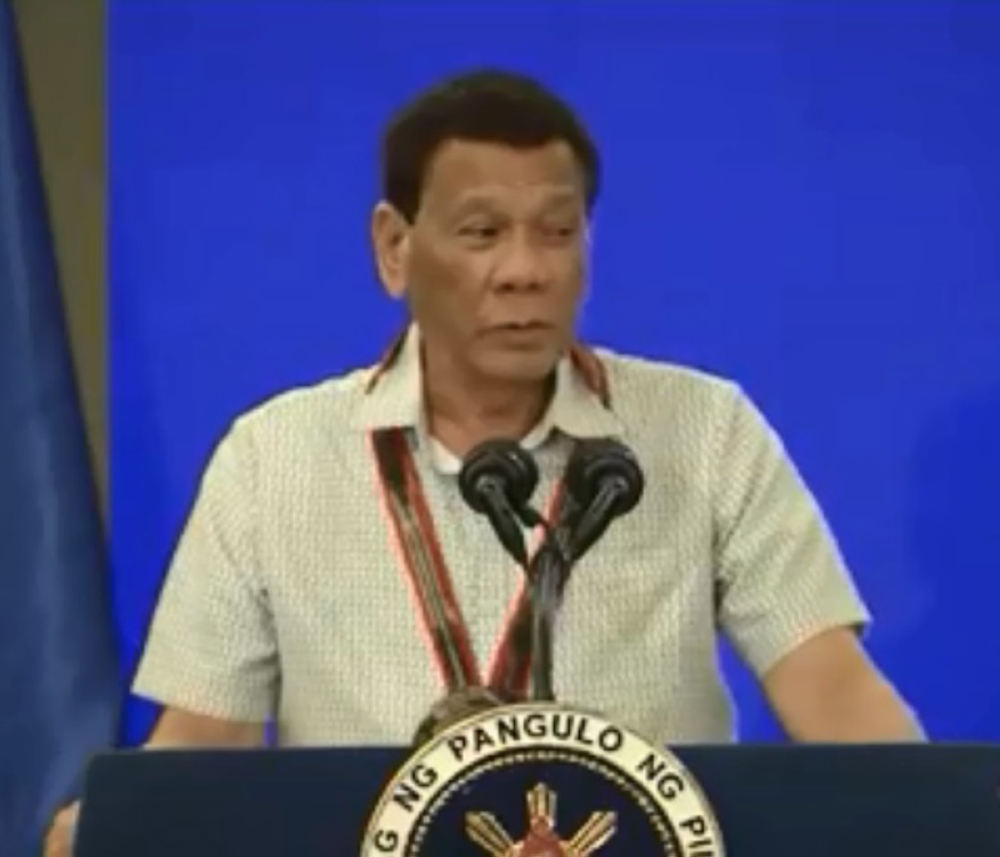 PRESIDENT Rodrigo Duterte on Friday, June 22, said he did not order the Philippine National Police (PNP) to arrest "tambays" or loiterers.

In a speech delivered in Davao City, Duterte clarified that his directive was just to "accost" individuals who are loitering, especially at night.

The President made the clarification two days after he told the police to continue the anti-tambay campaign and do as he tells them in response to criticisms of the campaign.

Duterte defended his anti-tambay campaign, saying he is merely wielding his power of "parens patriae," a power that is meant to be used to protect the people.

(On loiterers, I never said arrest them. [My critics] are stupid. Why don't you at least listen or rewind what I had said? What I said was, "You go home. Do not congregate.")

"Of course, I can accost you. Sabihin mo, "What are you doing here?" If you are a minor, under the power of parens patriae, you are the father of the nation, you can always give an advice for people gaya ng minors," he added.

(Of course, I can accost you. I can say, 'What are you doing here?' If you are a minor, under the power of parens patriae, you are the father of the nation, you can always give an advice for people like minors.)

It was on June 13 when the President gave his first directive to go after loiterers as they are "potential trouble for the public."