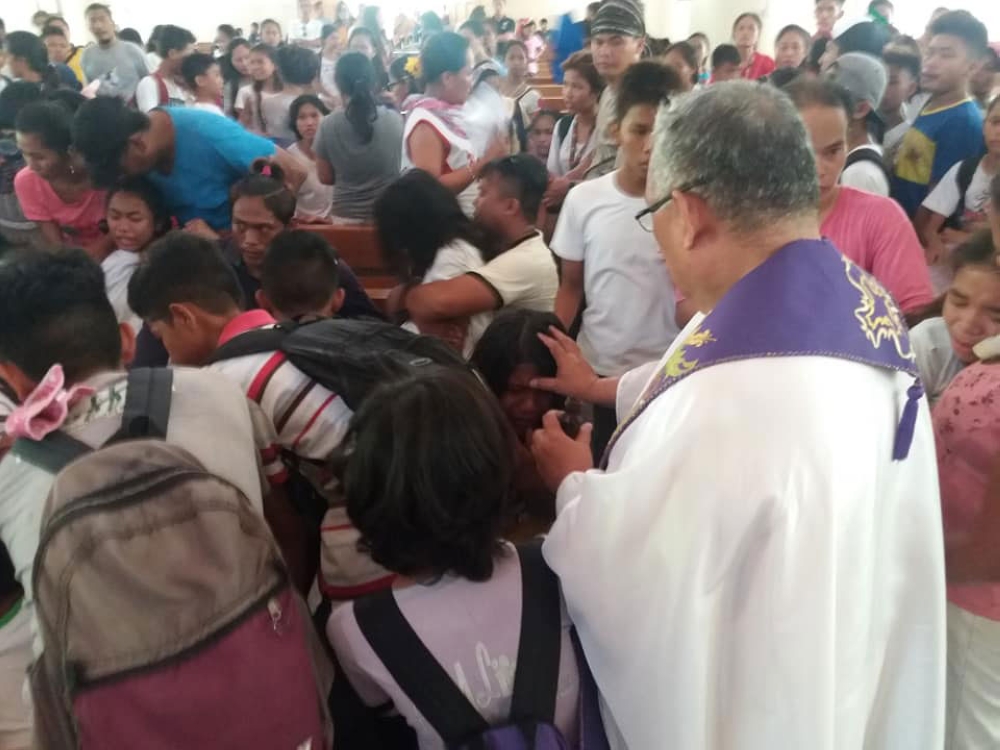 Demonic possession? Some students were brought to the church where a priest prayed for them. (Contributed Photo)

CLASSES in Ronda National High School were suspended yesterday morning after some 30 female students were reportedly possessed by evil spirits, causing panic in the school.

It started when a student reportedly saw a faceless man with half of his body missing inside her classroom in Barangay Palanas.

Students from other sections in Grades 8, 9, and 10 reportedly suffered from the same demonic possession.

They began shaking and some reportedly had trouble breathing, according to school officials who had to bring some of the students to the health center.

Others became wild when they were brought to the Our Lady of Sorrows Parish, where Fr. Virgilio Delloso prayed for them.

Althea Gimena, the adviser of a Grade 8 class, told Superbalita Cebu that the students started acting strangely around 9 a.m.

The situation went on until 11 a.m., prompting school officials to suspend classes since the other students became emotional.

Gimena said they were waiting for police from the police stations in Ronda and Dumanjug to arrive for their earthquake drill when one of her students suddenly cried and acted scared.

It was reportedly not the first time the students were possessed.

The school officials plan to invite a priest to hold a mass in the school and bless the classrooms to drive evil spirits away, the class adviser said. (Guam P. Logroño, Superbalita correspondent)