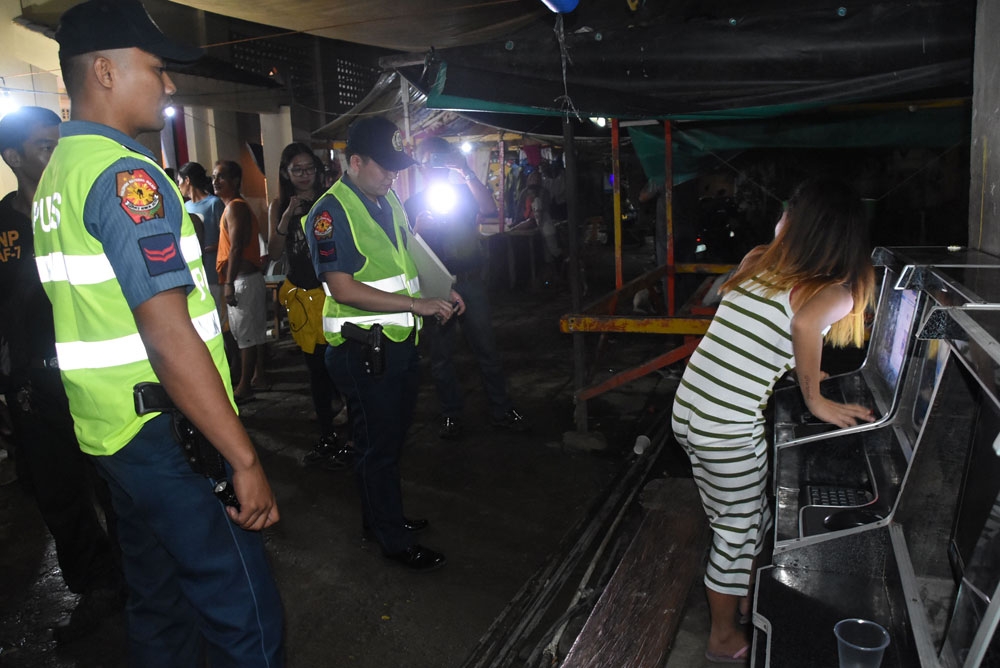 THE Cebu City Police Office (CCPO) will start apprehending loiterers who violate laws or local ordinances when they continue to enforce Oplan Tambay next week, an official said.

At least 453 individuals, whether minors or of legal age, received stern warnings but were sent home from Friday night until Saturday dawn.

“Ito yung sagot sa mga complaints (This is our answer to the complaints). We have to implement, for the safety of our kababayan (fellow citizens) in Cebu City,” CCPO Director Senior Supt. Joel Doria said.

Doria said the police had received numerous complaints from call center agents and residents about the tambays or loafers in their areas.

In Cebu City, 305 persons were given warnings and reminded of the laws and ordinances. At least 60 were found drinking in prohibited places; 44 were smoking in public. Police said that 73 were not wearing shirts, six were violating ordinances against illegal dispatching, and 64 minors were found violating the curfew (City Ordinance 71086).

Of those who received warnings, 11 were found using roller skates and similar devices (in violation of C.O. 801), six were violating the noise pollution ordinance (C.O. 1940), while seven were urinating, spitting, littering or defecating in public places (C.O. 1361).

At least 34 were found violating other ordinances by stoning others, among other offenses.

They included 30 who were found drinking in public places, 22 who violated the smoking ban, 32 for being shirtless, and 62 minors who stayed out during curfew hours.

Doria assured that Oplan Tambay was not a prelude to Martial Law.

“Hindi naman kasi may basis tayo and (what) we are doing now is implementing what is already in place in terms of laws and city ordinances,” he said.

Doria said that the police already prepared the detention cell in the new CCPO building, so that those picked up for violating ordinances wouldn’t have to stay with hardened criminals involved in illegal drugs and other severe crimes.

The city director said that they also sent a letter to the Commission on Human Rights (CHR) 7 to invite them to accompany the police during Oplan Tambay.

Doria clarified that the police won’t pick up loiterers outside their homes for as long as they do not violate laws and city ordinances. (JOB)