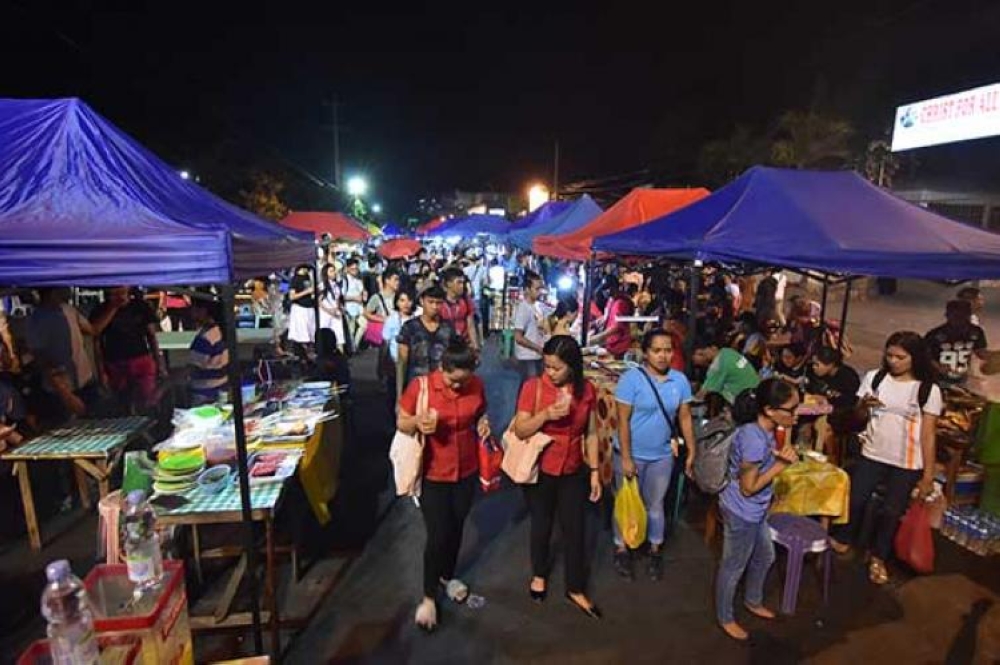 The Davao City Police Office (DCPO) report revealed that Ang suffered from hypertension and fainted, while others were running for their safety when the incident happened around 8 p.m.

Ang and Alcantara were rushed to Southern Philippines Medical Center (SPMC), while the other four victims were attended to by personnel of the Philippine Red Cross–Davao.

Initial investigation said the fire started at the Pab's Takoyaki Stall no. 166 owned by Elizabeth Arenas Suazo, 56, a resident of Barangay 24-C.

According to Elizabeth’s daughter Catherine, 37, she was attending to their customers when the LPG hose suddenly loosened and disconnected from the burner’s gas tap and burst in flames.

But a crew from the neighboring stall identified as John Sumbo Makaluwa was quick in switching off the tank valve and pouring water onto the burning hose.

Yam Cepron, in a video he posted in his Facebook account, said the incident caused panic to numerous customers. He added that most customers already have trauma after the Roxas Night Market bombing incident on September 2016.

Based on the investigation conducted by Fire Officer 3 Tereso Oyzon, of the Cayetano B. Bangoy Sr. Fire Station, the LPG hose was loosened and disconnected due to the absence of a hose clamp, which tightens the hold of the hose on the gas tap.