Police, military protocols up for review after misencounter 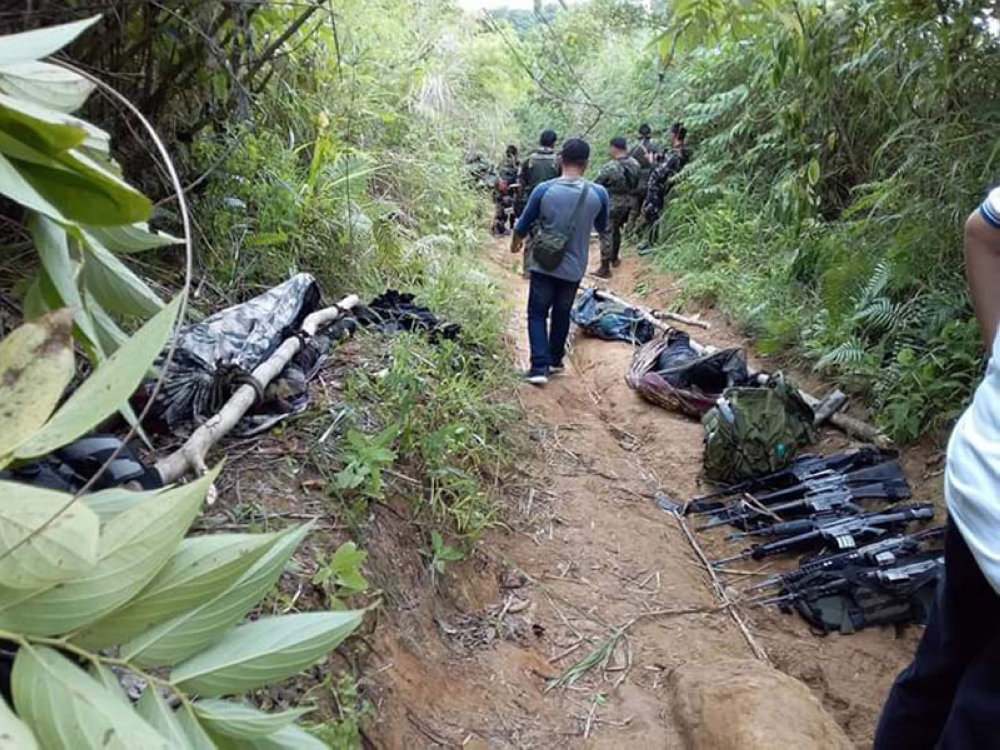 THE Department of Interior and Local Government (DILG) and the Department of the National Defense (DND) will review protocols for field operations as part of a joint investigation into the Sta. Rita, Samar misencounter that claimed the lives of six rookie police officers.

"This is a very unfortunate event that nobody wanted to happen. Together with the DND, we will form a board of inquiry to investigate the incident in order to determine the cause of this unfortunate event and draw up measures to prevent the same from happening again,” DILG officer-in-charge Eduardo Año said Tuesday, June 26.

“There are existing protocols between the PNP and the AFP in field operations. We will try to determine why these were not followed and if these need review and modifications,” Año said.

Major General Raul Farnacio, commander of 8th Infantry Division (8th ID), said both the AFP and PNP troops were patrolling the area due to the reported presence of armed men. The 87th IB is under the 8th ID, which is based in Camp General Vicente Lukban in Catbalogan, Samar.

(It is military protocol that in case of an encounter, we inform all detachments and command posts in the vicinity to check whether others troops are in the area. That was when the battalion staff learned that a PNP team was also in the area and they also reported that they figured in an encounter. An order was given to cease the firefight.)

The 8th ID commander said the military personnel, who occupied the higher ground at least 50 meters away from the policemen, fired the first shots which prompted the police to retaliate.

Farnacio said the area was densely vegetated which made it difficult for the troops to distinguish who they were up against.

He said it is possible that the troops thought they were dealing with members of the New People’s Army (NPA), the combatants of the Communist Party of the Philippines.

He said communication lines between the two units were open, but the devices were not compatible in order to identify each other’s position or location.

(The usual practice is to send an official radio message and a text message to coordinate with each other everytime we conduct operations. The only coordination that happened that time was a message sent to the Alimbuyong detachment three days ago.)

Farnacio said a thorough and impartial investigation is already being conducted to identify the possible lapses.

“The whole 8ID family extend our condolences to the bereaved families of those who died in the armed engagement. Rest assured that this unfortunate incident will not hamper the working relations of your Army and PNP in the region,” he said.

Meanwhile, the PNP has created a board of inquiry (BOI) to conduct investigation on the incident in conjunction with the probe conducted by the Special Investigation Task Group that was activated immediately after the incident.

“I extend the deepest sympathy of the PNP to the families of the six young men who died in that unfortunate incident in Sta. Rita, Samar, even as I assure the surviving kin of all possible assistance of the PNP to ease their grief, including a full dress investigation into the circumstances surrounding the incident,” said PNP chief Oscar Albayalde.

He also ordered Eastern Visayas director, Chief Superintendent Mariel Magaway to facilitate the processing and speedy release of all benefits due to the families of the deceased PNP members and to attend to the medical needs of PNP personnel wounded in the incident. (SunStar Philippines)