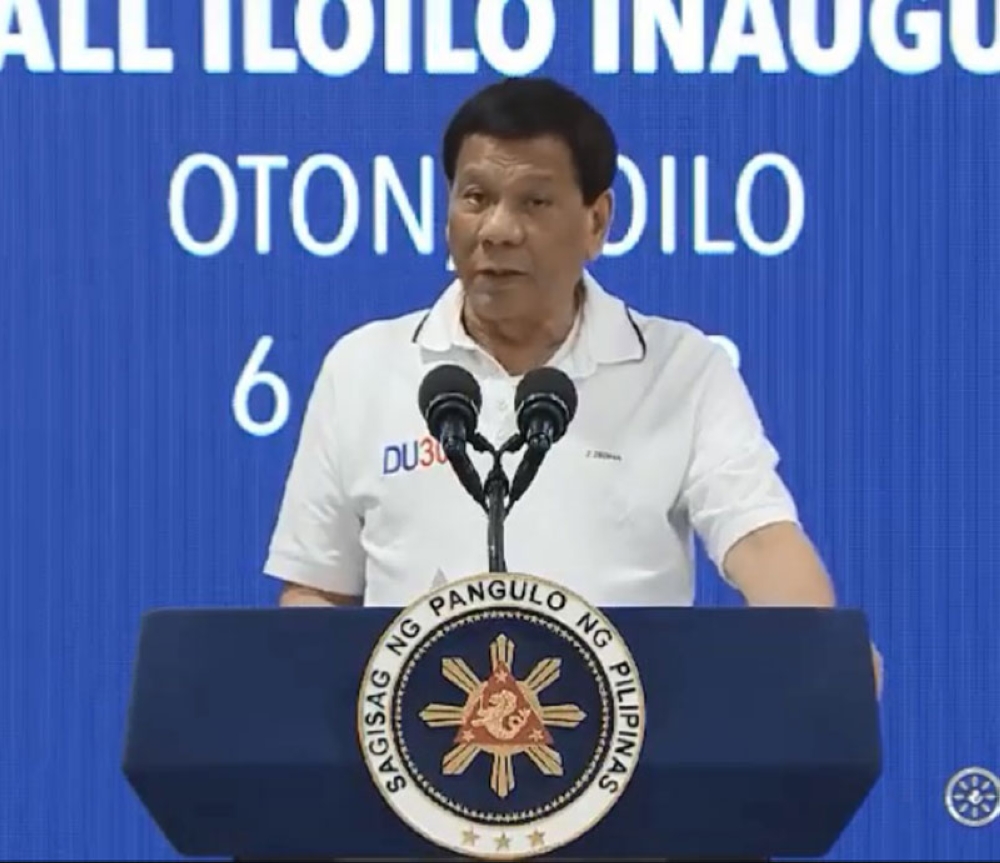 PRESIDENT Rodrigo Duterte admitted Tuesday, June 26, that he was testing the limits of decency by deliberately being obnoxious, especially in his tirades against the Catholic Church.

In a speech delivered in Zamboanga del Sur, Duterte slammed his critics for assuming that they are "brighter" than him.

(I am deliberately doing that. You know why? This country is in doldrums. I am shaking the tree to enliven everyone, to see the [result].)

(That's why I'm talking in an offensive manner. I'm trying to go to the boundaries of how far I could go, just like [what I said against] God.)

Duterte made the remark just hours after Malacañang announced that he formed a three-man committee that will hold a dialogue with religious groups in a bid to ease the growing tension between the government and the Catholic Church.

Despite the Palace's pronouncement, Duterte took a swipe anew at the Catholic Church, insisting that its faithful is worshipping a "stupid" God.

He also maintained that he believed in a "powerful" God.

"My God is my God. I have a God. He is a universal mind. I picture Him as too powerful na God, na kung wala si God, there are trillions and billions of heavenly bodies, kung wala 'yung Diyos, matagal na tayong hinigop ng black hole o sumabog na tayong lahat. That is how I see God in the universal sense," the President said.

(My God is my God. I have a God. He is a universal mind. I picture Him a too powerful God, that if there is no God, there are trillions and billions of heavenly bodies, we would have already been devoured by a black hole or would have already exploded. That is how I see God in the universal sense.)

"I do not see God na petty. Your God is not my God kasi 'yung God mo stupid. Iyan ang binabandera mo eh," he added.

(I do not see a petty God. Your God is not my God because your God mo stupid. That's what you are flaunting.) (SunStar Philippines)