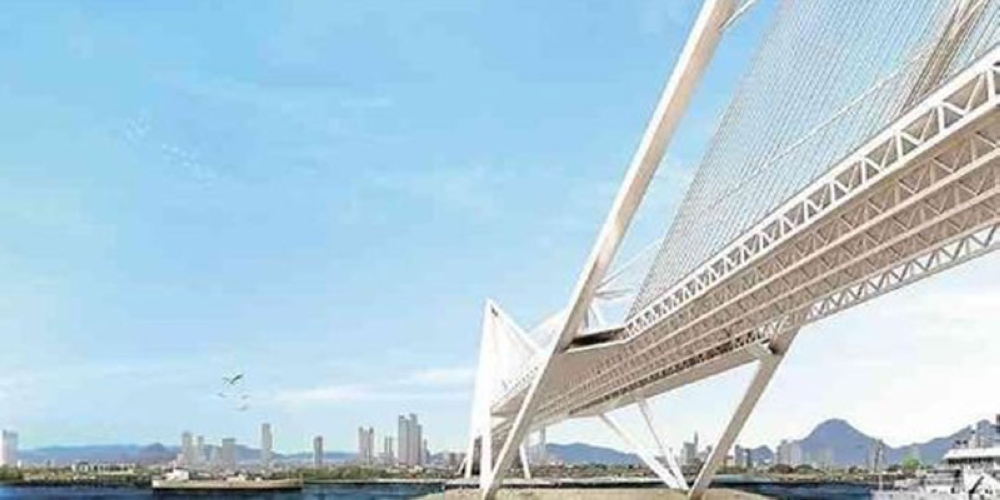 DAVAO. This is an artist’s perspective of the proposed Davao-Samal bridge. (File Photo)

PUBLIC Works and Highways Secretary Mark Villar said they were optimistic about starting construction of the proposed Davao-Samal bridge in 2019.

“Ang pinaka-critical doon, pinaka-first phase is the feasibility study and detailed engineering design (study). We are at the phase now na ginagawa ang feasibility and detailed engineering. Pag natapos yon, tuloy-tuloy na po yong project which we can start by next year,” Villar said in a press conference during the inauguration of the Mamay Road – La Verna Bypass road on Monday.

A pre-feasibility study on the project was completed in February 2016 by Japanese consultancy firms Katahira and Engineers International, Nippon Engineering Consultants Company Limited, and Nippon Steel and Sumitomo Metal Corporation.

The bridge, estimated to be 1.2 kilometers, will be built over the Pakiputan Strait and link Davao City and the Island Garden City of Samal, a popular tourist destination.

“Monitoring lang kami sa region and as far as I know, the feasibility study is now being conducted and it is being finished by the Hong Kong-based na consultant. Definitely, the Davao-Samal Bridge will start third quarter next year,” Borromeo said.

Davao del Norte tourism officer Noel Daquioag, in a previous interview, said construction of the bridge would help decongest traffic in Sasa Wharf due to influx of tourists going to Samal City.

It will also expedite the entry of investments and further boost tourism in the region.

“The Davao-Samal bridge will hasten everything. Progress in Samal had been not so fast because of the absence of the bridge. Because there’s ‘double-handling’ in the construction materials. We have interested investors in the tourism industry but they cannot put up the hotel easily because of the construction materials that they have to transport from Davao City and that makes it double,” Daquioag said. (Juliet C. Revita)