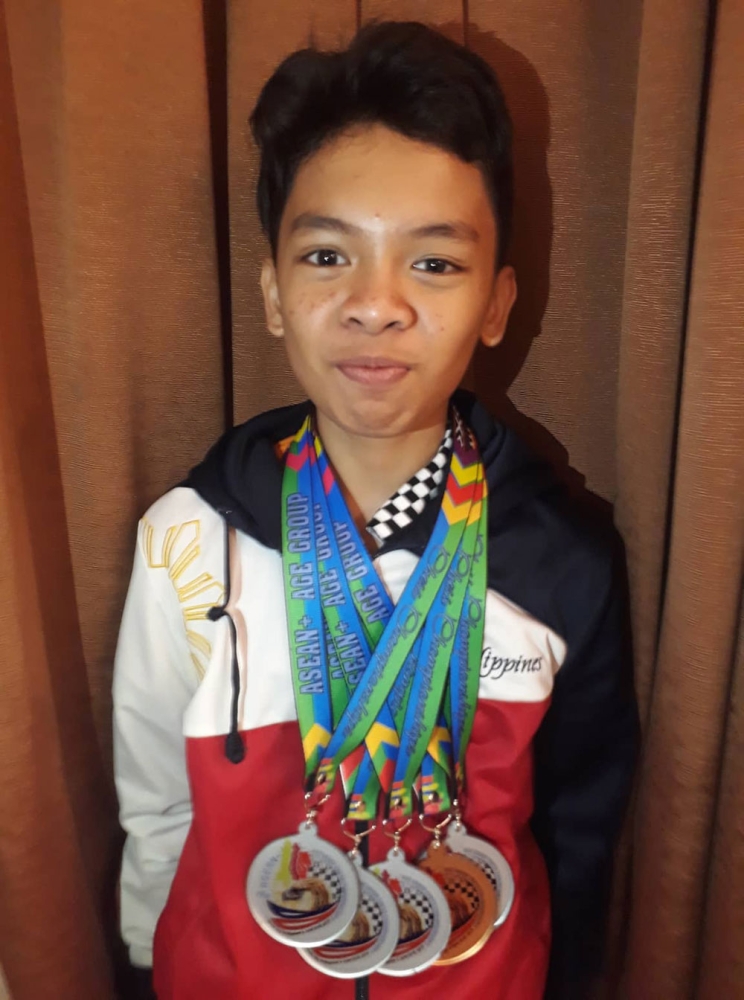 Rhenzi Kyle Sevillano bagged a gold medal in the Open Under-20 individual blitz competition after scoring 6.5 points off five wins and three draws after nine rounds.

Sevillano defeated FM Setyaki Azarya Jodi and IM John Marvin Miciano in the fifth and sixth rounds, respectively, and had a draw with Nguyen Huynh Tuan Hai. Sevillano split his last two games, winning against Coellier Graspela in the eighth round and losing to Sarri Subahani in the final round.

Sevillano was tied with Vietnamese Minh Hieu Pham and fellow Filipino IM Paulo Bersamino with 6.5 points but got the higher tie-break score to win the gold medal.

John Jerish Velarde, meanwhile, finished the 9-day chess tournament with five medals in the Under-12 open.

Vic Glysen Derotas also made waves in the tournament, winning a silver medal in the blitz individual girls’ 18-Under. She’s also part of the team that won a gold medal in the team blitz.

In rapid chess, the former University of San Carlos-Basic Education stalwart Derotas, who now plays for National University, won a silver medal in the individual event and a gold medal in the team event. (RSC)