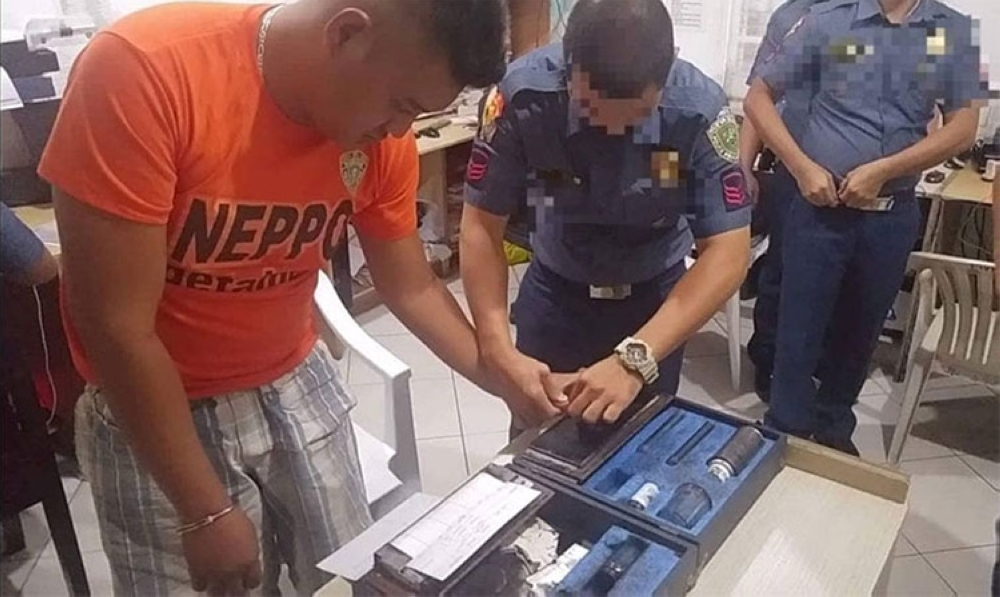 NUEVA ECIJA. In this photo taken on June 14, 2018, Adell Roll Milan is booked for the murder of Catholic priest Richmond Nilo. (File Photo)

THE Regional Trial Court in Cabanatuan City, Nueva Ecija has ordered the release of Adell Roll Milan, the suspect arrested for the killing of Catholic priest Richmond Nilo, saying his apprehension was a case of mistaken identity.

Authorities have arrested a certain Omar Mallari, who has been identified as the alleged gunman who shot Nilo dead on June 10.

He is now the primary suspect in the murder of Nilo and subject of the Special Investigation Task Group Nilo.

Mallari is the suspected leader of the "bulik" criminal group, which is engaged in gun-for-hire activities and robbery in the provinces of Pampanga and Nueva Ecija.

He was arrested in his residence in Barangay Arenas, Arayat, Pampanga, over the weekend by a joint team of operatives from the Criminal Investigation and Detection Group III, Nueva Ecija police and Pampanga Provincial Safety Company.

Pampanga Police Provincial Director Senior Superintendent Nicolas Salvador said a warrant of arrest was issued on April 17, 2018 against Mallari for robbery with intimidation of person.

The warrant was issued by Judge Mary Jane B. Dacara-Buenaventura of RTC Branch 43 in the City of San Fernando, Pampanga. Bail was recommended at P200,000.

The court also ordered Milan’s immediate release from the custody of the Provincial Intelligence Branch.

JUST IN. Court orders release of the suspect in the killing of Catholic priest Richmond Nilo. | via @3rdAnnePeralta pic.twitter.com/SbyKKzmmvc

Milan, 26, said in a waiver signed Friday, June 29 that authorities have arrested Mallari and identified him as the new suspect in Nilo’s killing.

The priest was preparing to say Mass in San Pablo Chapel in Zaragoza, Nueva Ecija on June 10, when a motorcycle-riding assailant shot him. Nilo was killed in front of the chapel’s altar.

Nilo was the third priest killed in the country in the last six months. Two others, Fr. Mark Ventura and Fr. Marcelito Paez were gunned down, respectively, in Gattaran, Cagayan Valley on April 29 and in Jaen, Nueva Ecija on December 4, 2017.

Nilo’s killing had prompted Lingayen-Dagupan Archbishop Socrates Villegas, a former head of the Catholic Bishops Conference of the Philippines, to call on President Rodrigo Duterte to stop the “verbal persecution” of priests, which has allegedly emboldened attacks against the clergy.

The President has refused to back down and has continued to criticize the Catholic Church leaders and priests.

On Thursday, June 28, Philippine National Police chief Oscar Albayalde told the Catholic Bishops Conference of the Philippines that the priest killings were not related to each other. Each case had a different motive and there is no pattern to the killings, he said.

Malacañang is currently engaged in a dialogue with the religious sector, including the Catholic Church. (MVI/SunStar Philippines and Ric Sapnu/SunStar Pampanga)
< Previous PageNext Page >