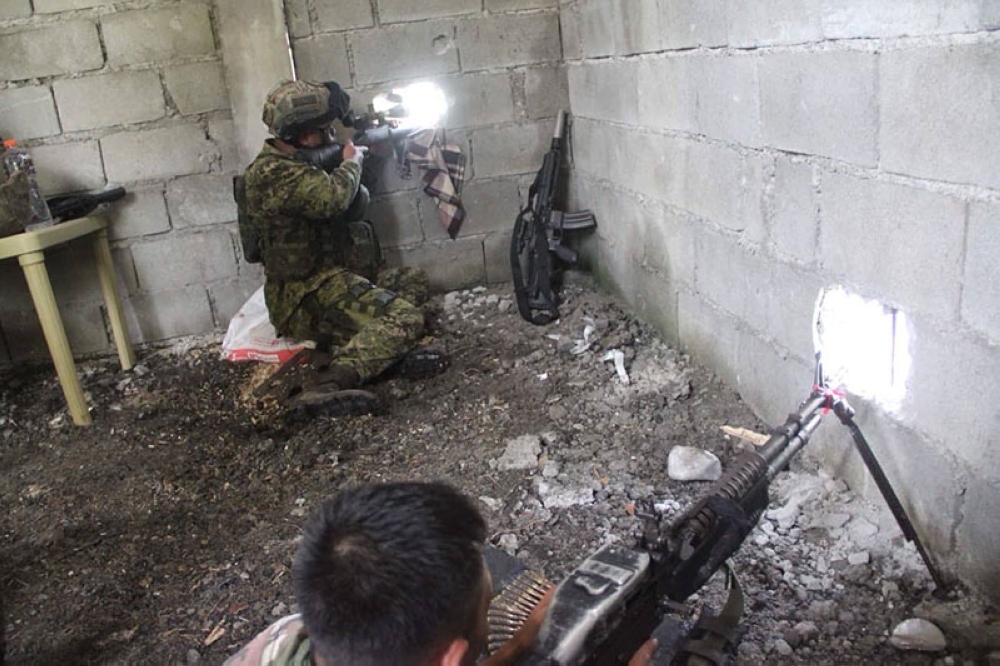 MAGUINDANAO. Soldiers thwart an alleged attempt by the Bangsamoro Islamic Freedom Fighters to take over the town hall of Datu Paglas in Maguindanao on July 3, 2018. (Photo contributed by the Armed Forces of the Philippines) 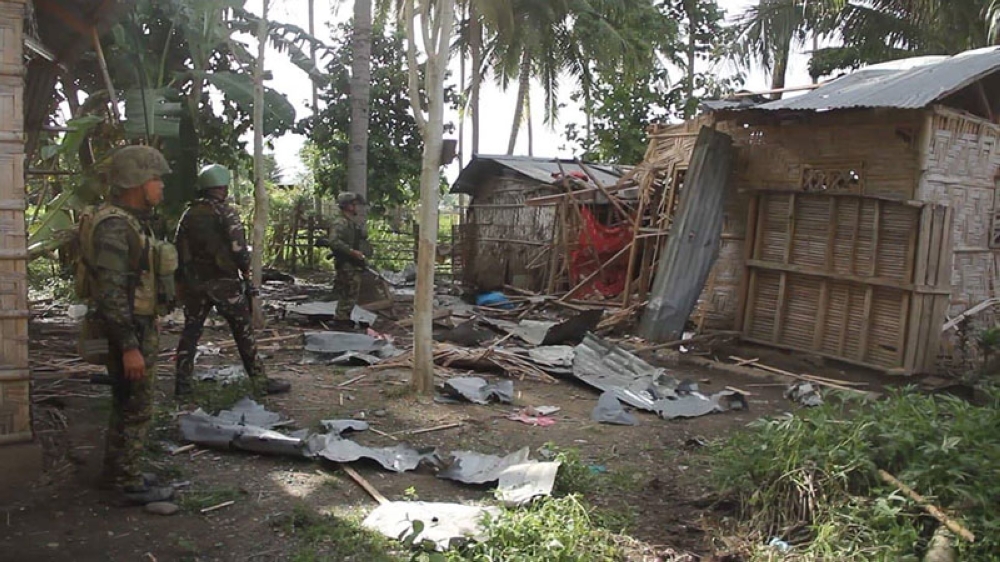 MAGUINDANAO. Soldiers conduct clearing operations after a firefight with Bangsamoro Islamic Freedom Fighters in Maguindanao on July 3, 2018. (Photo contributed by the Armed Forces of the Philippines) 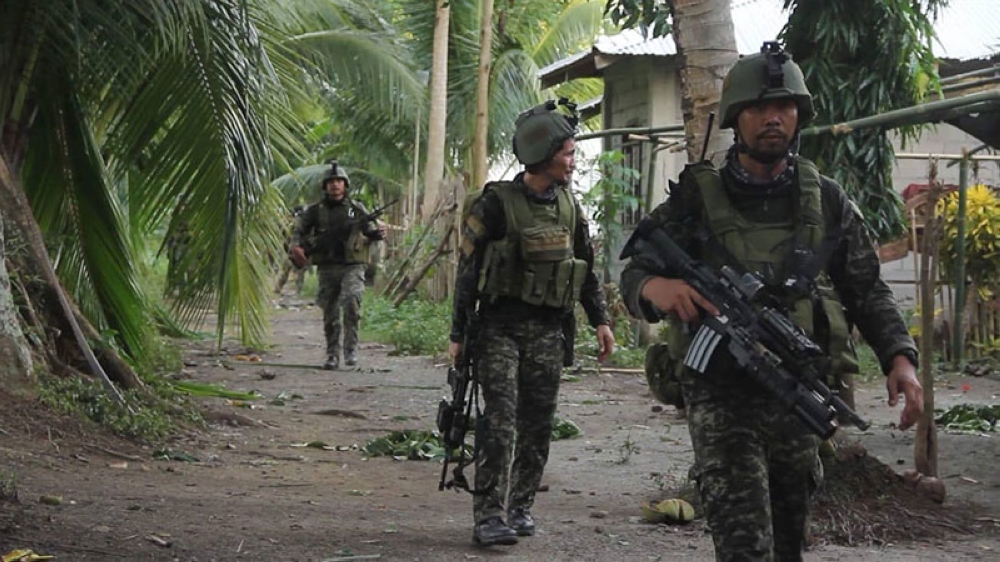 MAGUINDANAO. Soldiers conduct clearing operations after a firefight with Bangsamoro Islamic Freedom Fighters in Maguindanao on July 3, 2018. (Photo contributed by the Armed Forces of the Philippines)

FOUR Bangsamoro Islamic Freedom Fighters (BIFF) members were killed while two others were wounded in a military operation to thwart the group’s alleged attempt to invade the town hall of Datu Paglas in Maguindanao, a military official said Wednesday, July 4.

Lieutenant Colonel Harold Cabunoc, commander of the 33rd Infantry Battalion, said his men together with the 1st Mechanized Infantry Battalion and 4th Special Action Battalion were engaged in a firefight with the BIFF members led by a certain Sulaiman Tudon in Sitio Mopac, Barangay Poblacion, which is at least 500 meters away from Datu Paglas town hall.

He said the clash started around 5 a.m. Tuesday, July 3, and lasted for half a day, with the ISIS-inspired terrorist group occupying several houses in the area. Over 500 residents evacuated to Datu Paglas Municipal Gym due to the firefight.

Cabunoc said the terrorists later fled to the upland area in the said town.

Two soldiers and a militiaman were wounded. The troops recovered and disarmed three improvised explosives that were used by the terrorists as booby traps, Cabunoc added.

Clearing operations were ongoing as of Wednesday morning.

Captain Arvin John Encinas, spokesperson of the 6th Infantry Division, said that before the incident, local officials forwarded information that the BIFF was planning to take over the town hall. Officials reported having seen armed men in Sitio Boac in Barangay Poblacion. (SunStar Philippines)