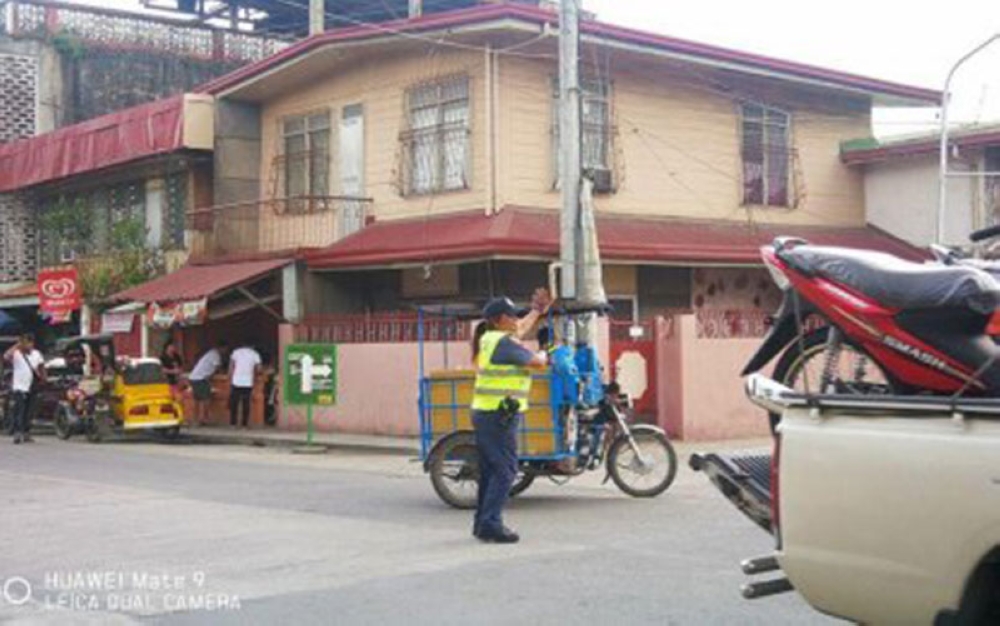 MALASIQUI Police Station’s (MPS) “traffic dancing queen” is now becoming popular as she gains positive reactions from motorists, who get entertained by her swaying moves that lighten the mood during rush hours in the central business district of Malasiqui, Pangasinan.

“Okay po, maganda, malinis ang daan at tuloy-tuloy ang daloy ng traffic. Masaya ang traffic enforcer kaya masaya din kami (It is okay for me; the road is clear and the flow of traffic is continuous. Since the traffic enforcer is happy, then we are also happy),” said Albert Disipulo, a motorist.

“I cannot join our daily exercises, specifically the Zumba, which is scheduled between 4 p.m. to 6 p.m. That is also the rush hours in our town, hence I cannot leave the road when there is a lot of motorists and people or students who need our assistance. I thought to myself, why not do Zumba and work at the same time,” she said.

“At least kapag dito sa kalsada, nagagawa ko pa rin ang trabaho ko at the same time nakakapag-exercise ako, para iwas stress, iwas stroke, lalo kapag nagkakaedad na (At least while dancing on the road, I can still do my job at the same exercise, so I could avoid stress, stroke, considering my age),” Mamaradlo said.

She was provided with a mobile speaker situated in their traffic command post at the intersection of the Poblacion area that she uses to play her dance music.

Mamaradlo vowed to continue dancing on the street even when it's raining, saying “we have raincoats.”

Prior to her “traffic dancing queen” title, the police officer was also known in the town as the “Kadena (Chain) Queen”.

“Madami kasi pasaway hindi lang naman dito sa amin, hindi talaga maiwasan ang traffic violators. Ikinakadena ko ang mga motor nila, alam ko mali yon, pero kasi iniiwan nila kung saan-saan motor nila at wala sa ayos, imbes hanapin ko ang driver na di ko kilala, kinakadena ko na lang (There are a lot of violators not only in our town, it cannot be avoided that there are traffic violators. I chained their motorcycles, I know that is not right, but I am forced to do so because they leave their motorcycles anywhere and not in proper parking areas. Instead of me looking for the drivers whom I do not personally know, I chained their motorcycles, so that they will be the one to look for me),” she said.

She added that the police could also not impound the motorcycles since these were locked.

“It (chaining) has double purpose, one is to be able to ticket the violators and the other is to secure their motorcycles from carjackers,” Mamaradlo explained.

Nonetheless, according to her, those days are over since the motorists are now more disciplined in parking their motorcycles.

Herman Menor, a tricycle driver, admitted that he was once ticketed by Mamaradlo.

“It was unfair for her to chain motorcycles, like in my case, wherein I was just buying medicine for an emergency case. But, what she is doing in the traffic is good; at least we know that they are doing something.”

Another tricycle driver, Samuel Macasieb Cayabyab, however, defended Mamaradlo. “Only the violators are not in favor of the traffic enforcement,” he said.

Cayabyab also praised the initiative of the lady police to lighten traffic by dancing, saying, “It is good because it is the enforcer’s obligation. It is better if the traffic controller is happy, so motorists will be entertained.”

Mamaradlo said she is now used to both negative and positive reactions from motorists, whom she has encountered in her 25 years in law enforcement.

“I advise our motorists to be careful in driving, so we could avoid accidents. Follow the traffic laws to avoid penalties. I will just do my job as I was commanded,” Mamaradlo said. (PNA)