Miraculous image of the Blessed Mother sheds tears of blood 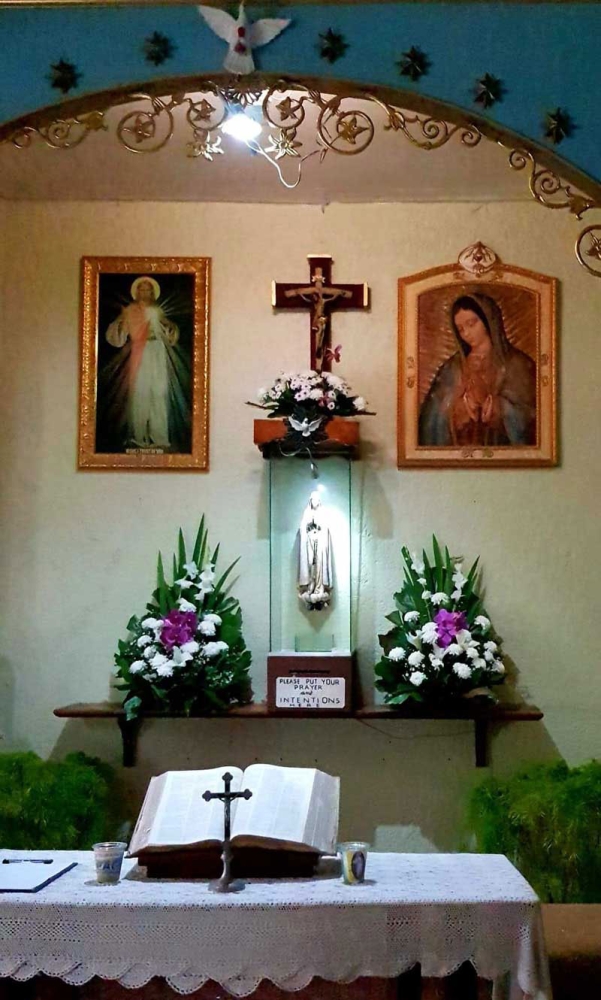 BACOLOD. This holy image is being preserved in a simple holy place in Bacolod City. (Contributed Photo)

BACOLOD. This holy image is being preserved in a simple holy place in Bacolod City. (Contributed Photo)

A MIRACULOUS image of the Blessed Mother (Our Lady of Fatima) has shed blood of tears just two days ago, July 7, at the confines of a simple holy place in Bacolod City.

The owner who asked for anonymity and the non-disclosure of the location of the Blessed Mother has shared his miraculous experience with the Holy Image with whom he bought in Manila in 2004 as a gift to his mother.

"I bought that as a gift to my mother. Unmindful of Her spiritual value, the image was just placed in some corners of the house and in fact, it bore traces of damage to Her fiberglass made image. On July 28, 2013, or nine years after, the Blessed Mother appeared in my dreams through a letter that I need to pray the Rosary from the heart seriously. And I must convey the same message to others. I told my family and friends and they advised me to make a small place to preserve the image and to where we and others can pray the Rosary," the owner said.

In 2013, it showed several spiritual manifestations.

On August 6, as the owner was to be baptized for another religion, she shed tears of blood.

On August 18, there was a silhouette of a white dove that covered Her image.

On August 21, she again shed tears of blood. This was the death anniversary of the late senator Benigno Aquino Jr., who was assassinated before he deplaned.

On October 15, She also shed tears of blood where a strong earthquake struck Bohol.

The owner also said that he received the holy messages from the miraculous image that the chaos between the government and Her Church will transpire and it happened.

She does not want that there will be more bloodshed in the country, the owner said.

She will be brought again to Balamban, Cebu soon.

All these spiritual manifestations of the Blessed Mother are considered miraculous where even cancer patients received healing from her.

"One can feel Her presence when you come to the place and pray to Her. Everyone has noticed that when you come closer to Her, her eyes were intently looking at you and one could feel Her divine and spiritual presence in you," the owner said.