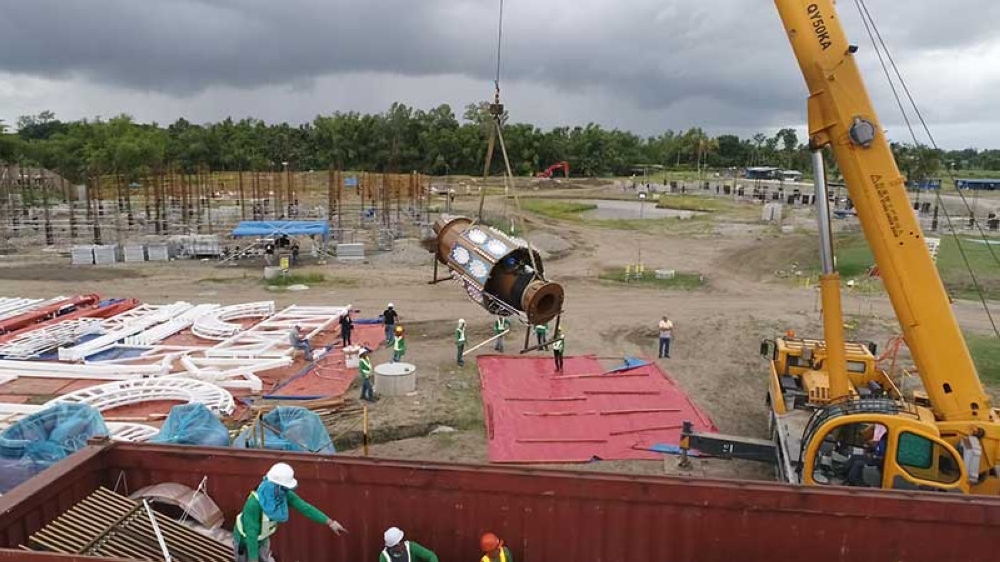 MagiklandA giant crane unloading a part of the Twister Coaster, one of the thrill rides of Magikland. (SunStar Bacolod)

SIXTEEN 40-footer container trucks quietly arrived in Silay City over the weekend, passing through the coastal roads of northern Negros.

The container trucks were loaded on two barges that left Cebu in two separate days, carrying the four of the 11 rides that will be featured in Magikland, the most awaited theme park in Negros Island.

Work has already started on the 3.75-hectare lot in Barangay Guinhalaran in Silay City where Magikland will rise next year.

The first batch of rides from Zamperia, among the world’s biggest and most reliable entertainment rides manufacturer, are the Twister Coaster, Sky Tower, Disk, and Family Swinger. Also part of the shipment are parts of other entertainment attractions – 4D theaters, game arcade, bump cars and the haunted house.