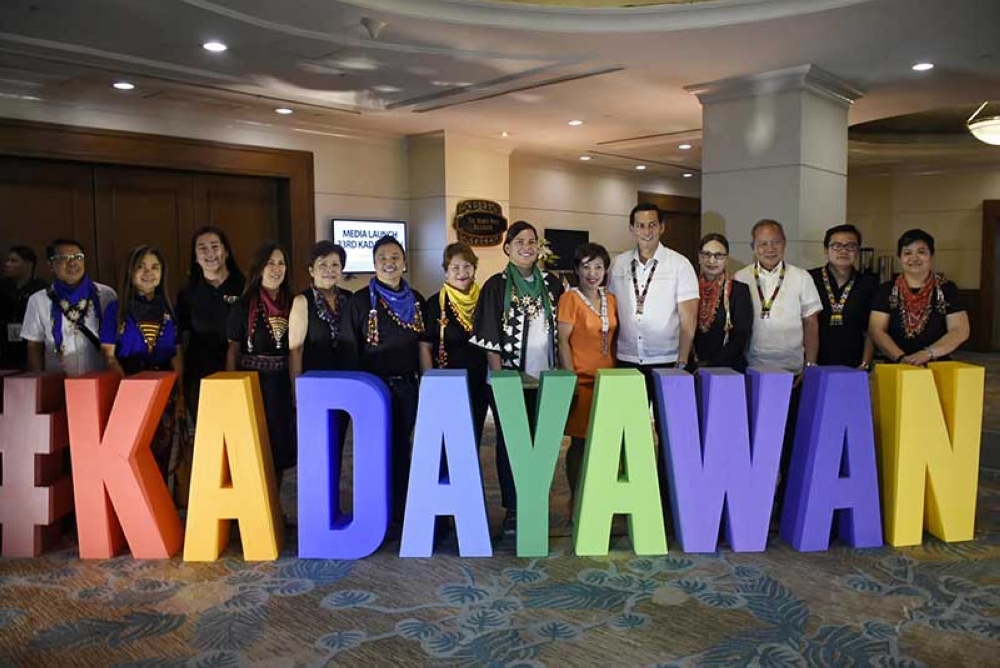 City Tourism Operations Office (CTOO) Generose Tecson said out of the P44 million budget, the P12 million will be provided by the city government intended for the cash prizes and the food for the security personnel. Meanwhile, the rest of the P32 million will be raised by the private sector.

Tecson added they are hoping to reach at least 200,000 tourists for Kadayawan 2018 as last year’s festival was able to reach 185,000 tourist arrivals. This data is based on the 70 percent occupancy report of the hotels, inns, and other accommodation establishments in the city.

Tecson is grateful that despite the Martial Law declared for Mindanao last year, the city was still able to reach this number of tourist arrivals.

“We make it known how safe and secure Davao was through our social media accounts by inviting friends and relatives and companies and private establishments to hold their conferences here in Davao. People came over, marveled at the festive atmosphere of peace and camaraderie. And as one foreign tourist who visited the tribal village said ‘So where is Martial Law?’,” she said during the official launching of the Kadayawan Festival 2018 on Monday, July 9, 2018, at Marco Polo Hotel Davao.

“We have been working since February, many reasons will make this year more colorful, more thrilling, we want to claim it to be the biggest festival ever, even bigger than last year. We are creating more branded events and attractions making Kadayawan an experiential festival,” he said.

The Kadayawan Ball, Gachalian explained, will be tribal-inspired with the attendees expected to wear ethnic-inspired gowns and formal men's wear creating a Kadayawan fashion statement.

Another new event to be featured is Kosplay Kadayawan, a cosplay competition in search for the best and most attractive costume with the Philippine Eagle, a national bird and one other Davao icon, as inspiration.

Last year’s best seller, Kadayawan Village will also be refurbished, relocated, and will have extra activities like the Kadayawan Village Walking Tour, a must-try experience as it features guided tour in the 11 tribes’ house.

To create strong online presence, the festival will also launch the Kadayawan Vloggers contest, which will be led by Davao Digital Influencers, Inc. To showcase Davao’s bounties, a Kadayawan Farmers’ Market will be staged. The Kadayawan Tent/Square at San Pedro St. will also be busier this year as four major parties will rock the city namely Kadayawan PAL Night, Kadayawan SMDC Night, and still to be confirmed Kadayawan Smart and San Miguel Beer Nights.

Making the event more engaging to festival revelers, tourists are now allowed and encouraged to be part of the Dula Kadayawan Tribal Games and join the Pamulak Kadayawan experiential ride.

“They can mount the floral floats if they come in costumes. As a matter of fact, I have 35 visitors coming from Hong Kong excited to join the ride,” the festival director shared.

Improvements in Indak Indak sa Kadayawan will also be applied to attract quality participation. For instance, the winning delegation will receive an additional P500,000 on top of the P500,000 if they generate a score of 95 percent or higher.

Also, apart from the official trophy of the champion team, every members of the winning team will receive an official Kadayawan medal.

The Pag-Abli sa Kadayawan opening ceremonies is happening a week early on August 10 at Magsaysay Park with new events and attractions.

“We will have a reenactment of Subang Sinugdanan, where it all started, the convergence of the Moros and Lumads complete with the arrival of the boats of Moros and re-creation of the barter place or market where our Lumads did their trading,” Gachalian said.

It will be followed by the banging of the gong to officially start the festival. The opening ceremonies will be capped with the launching of Pananam Food Hall, an eating place where Davao’s 11 tribes will showcase their delicacies for free for the first day, and sell for Dabawenyos and tourists to have a culinary adventure the following days.

Davao City Mayor Sara Duterte-Carpio, in her speech said, "Kadayawan serves as a reminder for us to always go back to our roots and to our history – a reminder that our journey to where we are today as a city is founded on the virtues of respect, tolerance, acceptance, and solidarity."