AGREEING to the pronouncement of the Bangko Sentral ng Pilipinas (BSP) that higher inflation may impact negatively economic activities in Western Visayas, a local business leader said it may also contribute to the reduction of employment in the region.

Frank Carbon, chief executive officer of Metro Bacolod Chamber of Commerce and Industry (MBCCI), said yesterday, July 9, 60 to 70 percent of employment in Negros Occidental is in the construction sector.

Carbon said construction projects, including those under the "build, build, build" program of the government, maybe "hampered" especially when prices of materials are increasing.

"If higher inflation would result to economic activity disturbances then we have a feeling that reduction in employment will most likely happen," he added.

The country, so far, is not hitting its inflation target.

Earlier, the Philippine Statistics Authority (PSA) reported that the headline inflation in the country further increased to 5.2 percent in June this year, which exceeded both government forecasts and market expectations.

Inflation, or the sustained increase in the general price level of goods and services in an economy over a period of time, in June is 0.6 percent higher than the other month.

It was primarily brought about by higher annual rate posted in the heavily-weighted food and non-alcoholic beverages index at 6.1 percent.

"It will for sure be felt by the regions. There might be a halt of some constructions here," she added.

The local business group had earlier expressed worries on the upward movement on inflation amid apprehensions that it might badly hit especially the lower and middle classes.

On Friday, Carbon told SunStar Bacolod that 60 percent of the income of those in the lower and middle classes are spent for food.

Thus, when prices of food items increase, the money allotted for utilities like electricity and water, and other expenses including health, education, and transportation, among others, is also becoming lesser, Carbon pointed out.

In terms of the effect on business, higher inflation may lead enterprises to pass on the increases to the prices of their products and services within certain limits.

Cost-cutting among businesses is also one possible impact of higher inflation, he added.

Moreover, the Department of Trade and Industry (DTI) in Negros Occidental is assuring that it is conducting regular monitoring to safeguard prices of basic and prime commodities in the province.

Rachel Nufable, chief trade and industry development specialist of DTI-Negros Occidental, said if there are increases in the prices "it should be minimal" and mainly brought about by rising cost of raw materials.

"The DTI -Negros Occidental is doing analysis and evaluation especially for the goods requested for SRP adjustment," she said, assuring that "prices of basic and prime commodities are being safeguarded." 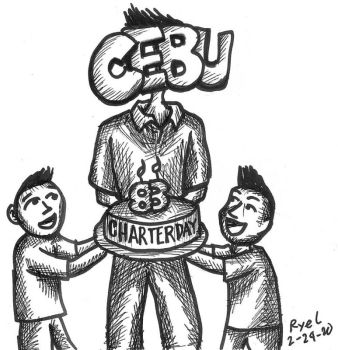