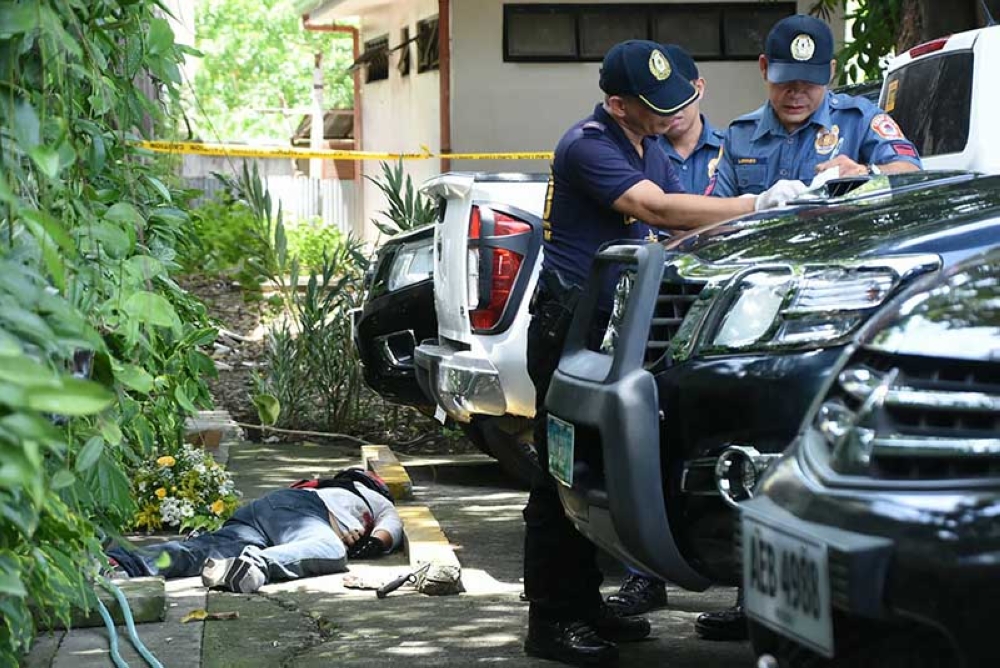 CEBU (Updated) -- A man, who was looking for Cebu Archbishop Jose Palma, was shot dead by police authorities inside Archbishop Palace compound in Cebu City around 11:15 a.m. Tuesday, July 10.

Cañedo was wearing a bonnet when it entered the compound, said Remegio Debuayan, the palace's security personnel.

Debuayan added he tried to stop Cañedo after he heard the man uttering the name of Palma. This also prompted him to contact the police.

Estremo added they tried to stop Cañedo but instead, he drew his firearm, prompting the police to open fire against him.

"Gikuha iyang pusil. Pag-atras sa mga police, nidagan pasulod. He then warned that he will fire at the policemen. There was an exchange of fire.

He was hit," said Sinas.

Sinas added that the staff of Palma who were able to talk to Cañedo before the shooting incident noticed that the suspect looked disturbed.

The police director said they could not yet tell whether Cañedo was there to kill Palma.

Empty shells were recovered from the crime scene.

Police said Palma was safe, as he was not in the palace when the incident happened. Nobody from the palace was hurt.

They added they are still investigating the incident. (JOB of SunStar Cebu with SunStar Philippines)