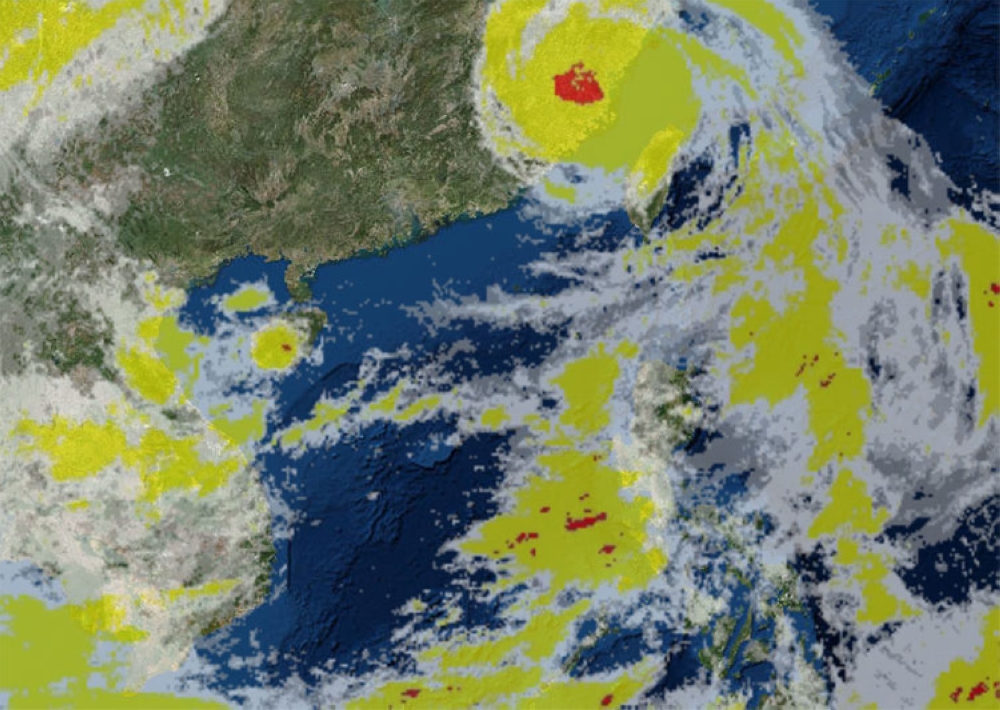 TAIPEI, Taiwan -- Taiwan on Tuesday closed schools and offices and ordered hundreds of residents in the island's north to evacuate to safety ahead of the arrival of this season's first typhoon.

Some flights operating out of the main Taoyuan airport were also canceled, with mid-strength Typhoon Maria expected to arrive at around 8 p.m. and bear down on the island with heavy rainfall and sustained winds of up to 191 kilometers per hour (119 miles per hour).

Taiwan is expected to feel the effects through midday Wednesday before Maria moves west and makes landfall in China.

In Yilan county's Pacific coast village of Yingshi, 274 villagers left their homes amid moderate rainfall, according to Chiu Cheng-hung of the central government's disaster response center.

A total of 400 have been asked to evacuate, while fishing boats have largely returned to port and ferry services been suspended.

Landslides are a particular concern on the mountainous island, where a village was buried during a 2009 typhoon, killing about 700 people.

British storm tracking website Tropical Storm Risk listed Maria as a Category 3 typhoon on Tuesday on a scale of 1 to 5, with 5 being the strongest. It was due to weaken to a Category 1 and reach southeastern China's Fujian province Wednesday afternoon.

Typhoons hit Taiwan, China, Japan, the Philippines and Vietnam from June through November each year. They form as tropical depressions offshore and gather strength from the warm waters of the Pacific Ocean or the South China Sea. Typhoons normally weaken after making landfall. (AP)