E-commerce to be fastest rising FMCG Channel by 2020 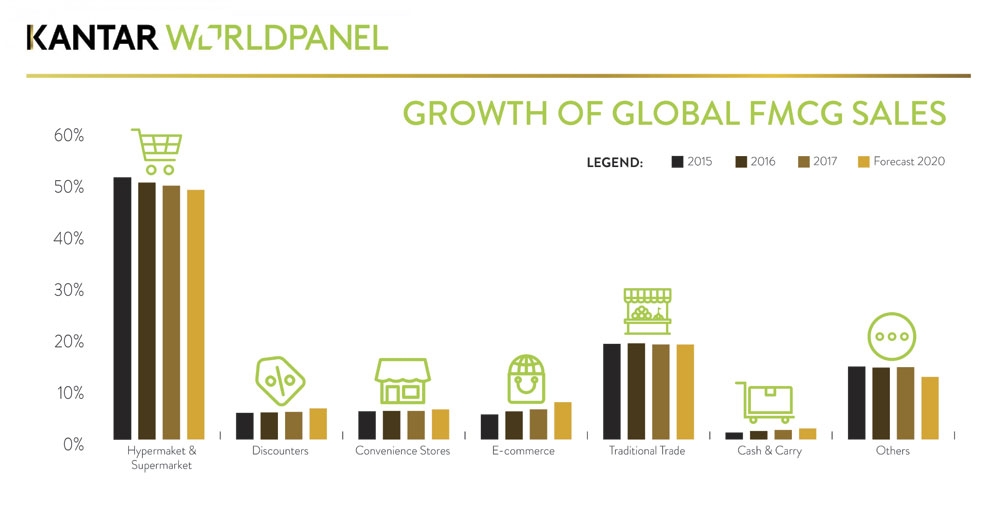 E-COMMERCE is expected to be the fastest rising channel for fast-moving consumer goods (FMCG) sales in the world by 2020 with a 7.2 percent projected growth, according to the latest “Winning Omnichannel: Finding Growth in Reinvented Retail” report of Kantar Worldpanel.

The global expert in shoppers’ behaviour explains that this growth will be boosted by increased internet penetration from markets such as Africa and Asia.

Kantar Worldpanel data reveals that the continued increase of FMCG sales through e-commerce can be explained by its fulfilment of one vital shopper need: convenience.

“Our research shows that on a global level, more shoppers are turning from bricks to clicks and thus, e-commerce is significantly growing and is expected to continue outpacing other FMCG sales channels,” Lourdes Deocareza, Kantar Worldpanel Philippines’ director said.

According to the Kantar Worldpanel research, the global FMCG market grew by 1.9 percent in 2017. Less mature markets such as Africa, Latin America and Asia are seen to be the fastest risers in terms of FMCG sales, with 8.8 percent, 7.3 percent and 4.3 percent growth, respectively.

On the other hand, Western Europe, affected by inflation in the United Kingdom in the Brexit context, grew by only 2.2 percent. Surprisingly, the biggest contributor to FMCG spend in the world, the United States of America saw almost flat growth at 0.5 percent.

Collectively, China, Japan and the United States represent 70 percent of global FMCG value in e-commerce. East and Southeast Asia, meanwhile, have seen some of the biggest growth in this channel, with China FMCG growing faster than any other developed country at 29 percent and registering $15 billion in total e-commerce sales. Future growth, according to Kantar Worldpanel, is likely to be driven by performance in India and Indonesia. (PR)