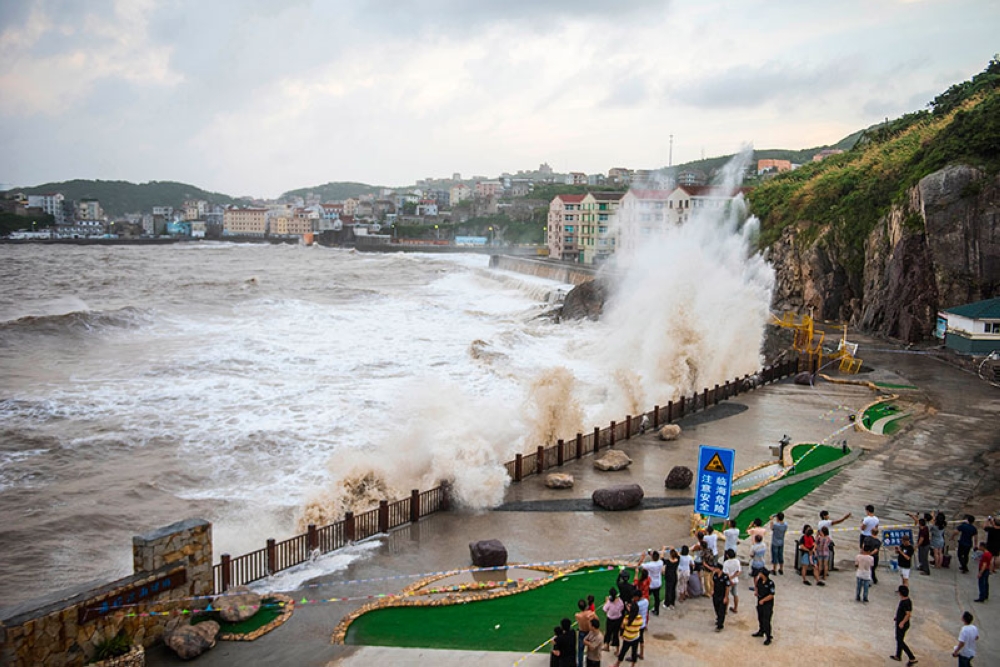 TAIPEI, Taiwan -- Typhoon Maria injured two people in Taiwan and prompted more than 3,000 to be moved to shelters before making landfall in China, authorities said Wednesday.

The government's disaster response center said the two were hit by falling tree limbs in the capital Taipei on Tuesday, as the medium-strength storm passed north of the mountainous island of 23 million people.

The center said a total of 3,430 people had evacuated their homes in nine cities and counties by Wednesday morning to avoid landslides triggered by heavy rainfall.

In 2009, Typhoon Morakot killed almost 700 people in Taiwan, including about 400 when their village was wiped out by flooding and landslides.

The typhoon also caused the cancellation of 138 international flights and 170 domestic flights. Its wind speeds reached 191 kilometers (119 miles) per hour.

Across the Taiwan Strait, schools and factories in coastal areas of the Chinese province of Fujian are closed. Tens of thousands of people were evacuated to shelters and thousands of fishing boats returned to port.

Typhoons normally hit Taiwan, China, Japan, the Philippines and Vietnam from June through November each year. They form as tropical depressions gather strength from the warm waters of the Pacific Ocean or the South China Sea, before weakening over the hills of southeastern China and Southeast Asia.

Meanwhile in western China's in Sichuan province, heavy rains and landslides prompted the closures of the popular Mount Emei and Jiuzhaigou tourist destinations. Roads were blocked by landslides, but there was no word on major damage or injuries. (AP)