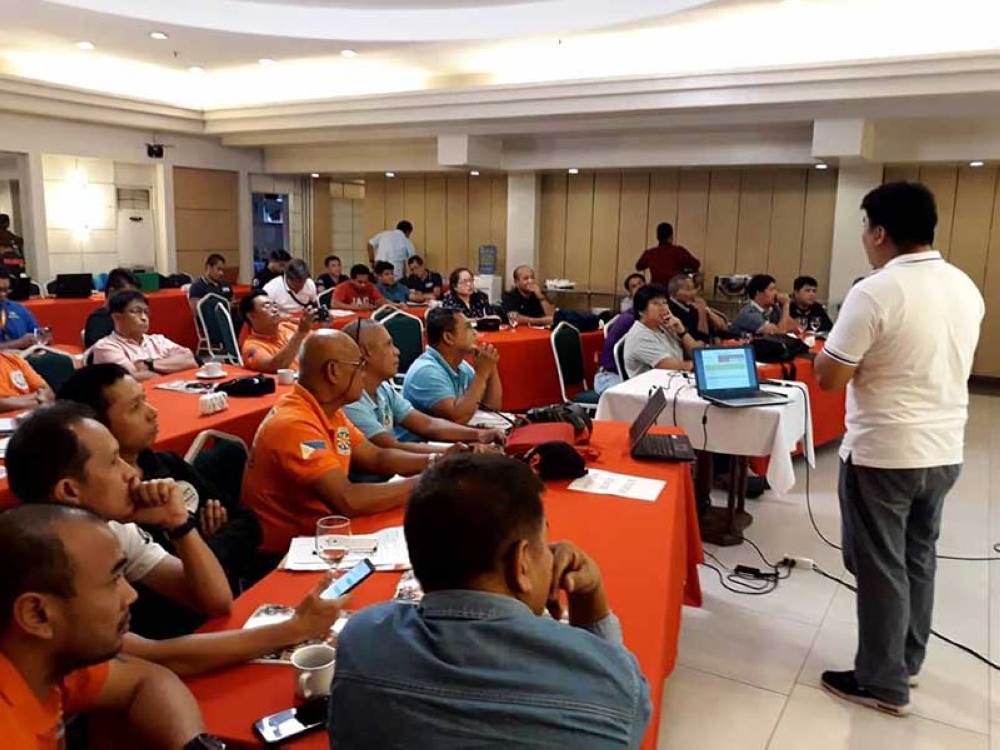 SAFETY officers from various sectors in Negros Occidental were gathered Friday, July 13, to intensify their capabilities in terms of disaster risk reduction especially with the existing threat brought by Mount Kanlaon.

The active volcano, which straddles the provinces of Negros Occidental and Negros Oriental, remained on Alert Level 2, which means it is undergoing a moderate level of unrest.

To better prepare the community against the looming hazards like the volcanic eruption, typhoons, floods, landslides and other disasters, the provincial government has strengthened its contingency plan to be ready for the “worst case scenario.”

Among its preparations is to increase its information education campaign.

Safety officers from non-government organizations, academe, and private firms attended a one-day “Disaster Risk Reduction and Management Course for the Basic Society Sectors” training held at O’ Hotel in Bacolod City Friday conducted by the Office of the Civil Defense in Western Visayas to capacitate various stakeholders and increase the awareness of the community in disaster preparedness.

During the forum, Zeaphard Gerhart Caelian, head of Provincial Disaster Risk Reduction and Management Division, called on the stakeholders to make their contingency plan as the provincial government and other concerned agencies are preparing for the possibility of an Alert Level 3.

While he pointed out there’s no cause for alarm, he stressed that the affected localities will have to be ready for the “worst case scenario” should Kanlaon erupts.

“We have to pray that (volcanic activities in) Kanlaon will not escalate, but we have to prepare. This is an active volcano, and the ring of fire is very active,” Caelian said.

The provincial government has identified various scenarios should the alert level of Kanlaon will be raised.

Caelian pointed out that under the Alert Level 3 scenario, it should be a provincial approach as half of the province will be affected.

In terms of barangays under the danger zones, there are five in La Castellana, four in La Carlota, three in Bago, one each in San Carlos and Murcia.

The Capitol has identified 22,251 households, or 99,025 individuals, who will be affected by the eruption.

For the worst case scenario, an estimated of 2,443 households or 10,745 individuals will be affected.

There are nine affected localities that fall under this scenario – eight in Negros Occidental and one in Negros Oriental.

Under its Operational Strategy for Mount Kanlaon, the Capitol has categorized the LGUs in terms of the degree of exposure to danger, from directly affected to less affected – Alpha, Bravo, Charlie, and Delta.

Localities like Bacolod, Calatrava, Talisay, Kabankalan, Himamaylan, Silay, Ilog and Cadiz were categorized under Charlie, or the LGUs that may or may not be affected by the ash fall, while under Delta, or unaffected LGUs, are Escalante, Toboso, Sagay City, Manapla, Victorias, E.B. Magalona, Cauayan, Candoni, Sipalay City, and Hinoba-an.

The report underscored the critical actions to be done before, during and after the volcanic eruption, with emphasis on coordination and support management.

Moreover, Caelian called on the various stakeholders to partner with the provincial government in disaster preparedness.

“We reach out to those who have resources and capabilities to forge a partnership,” he said. “We’re preparing ourselves and future generations. Kanlaon will not move. The threat will always be there.”

An evacuation simulation will be conducted in La Castellana to test the readiness of the community in the coming days.

Meanwhile, also tackled during the forum was the Philippine disaster risk reduction management system, which highlighted the importance of coordination during emergencies and the different natural hazards, as well as the underlying factors that lead to the occurrence of disasters.

The making the action plan from various stakeholders, as an application of the training, capped the activity.