'Henry' in vicinity of Babuyan Group of Islands Monday night 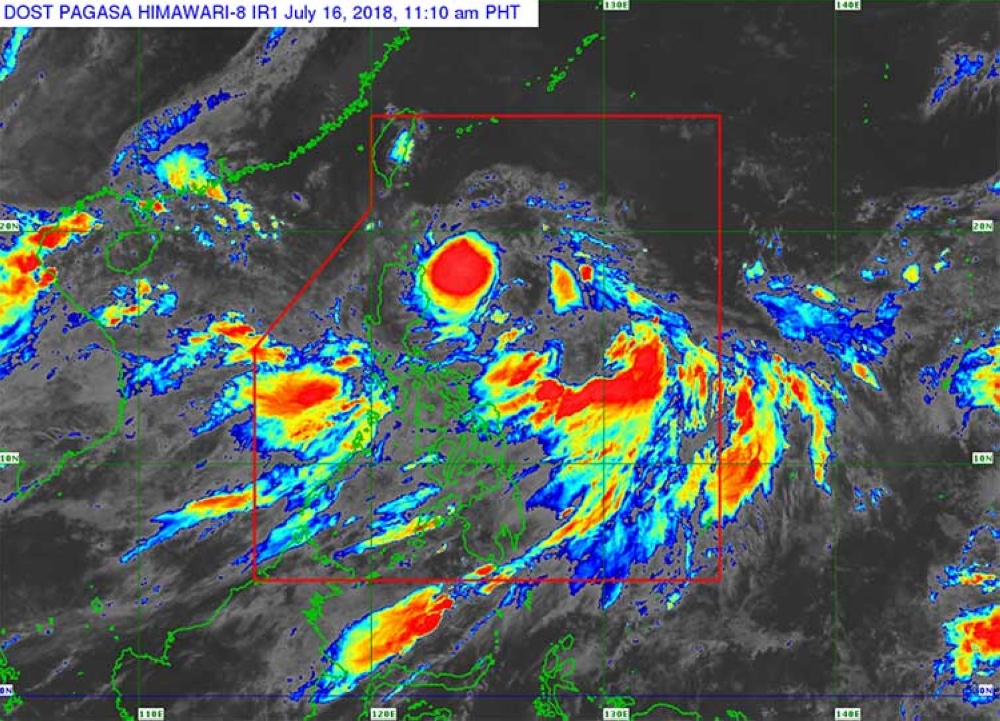 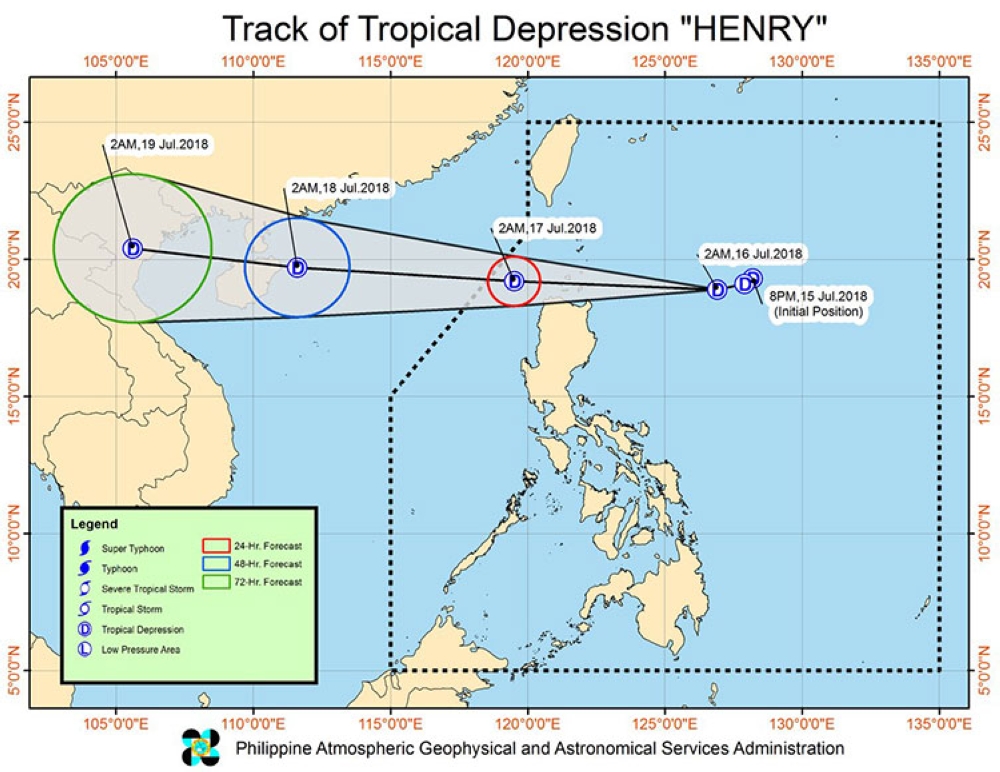 TROPICAL Depression "Henry" has maintained its strength while moving toward extreme Northern Luzon. It is expected to be in the vicinity of the Babuyan Group of Islands Monday night, July 16, said the state weather bureau.

As of 10 a.m. Monday, the center of Henry was located at 415 kilometers east of Calayan, Cagayan, packing maximum winds of 55 kilometers per hour (kph) and gusts of up to 65 kph. It is moving west at 25 kph, said the Philippine Atmospheric, Geophysical and Astronomical Services Administration (Pagasa).

It also said that the Southwest Monsoon (Habagat) will bring monsoon rains over Metro Manila, Zambales, Bataan, Cavite, Batangas, Mindoro Provinces, Palawan and Western Visayas, and scattered rainshowers and thunderstorms over the rest of Luzon.

"Residents of these areas, especially those living in low-lying and mountainous areas, are advised to continue monitoring for updates, coordinate with their local disaster risk reduction and management offices, and take appropriate actions against possible flooding and landslides," it said in its 11 a.m. weather bulletin.

Pagasa also advised fisherfolk and those with small seacrafts not to venture out over the seaboards of areas under TCWS number 1 and the western seaboard of Luzon due to moderate to rough seas associated with the approaching tropical depression and the Southwest Monsoon.

The weather bureau said that Henry is expected to be at 430 kilometers west of Calayan, Cagayan or outside the Philippine area of responsibility by Tuesday morning. (SunStar Philippines)