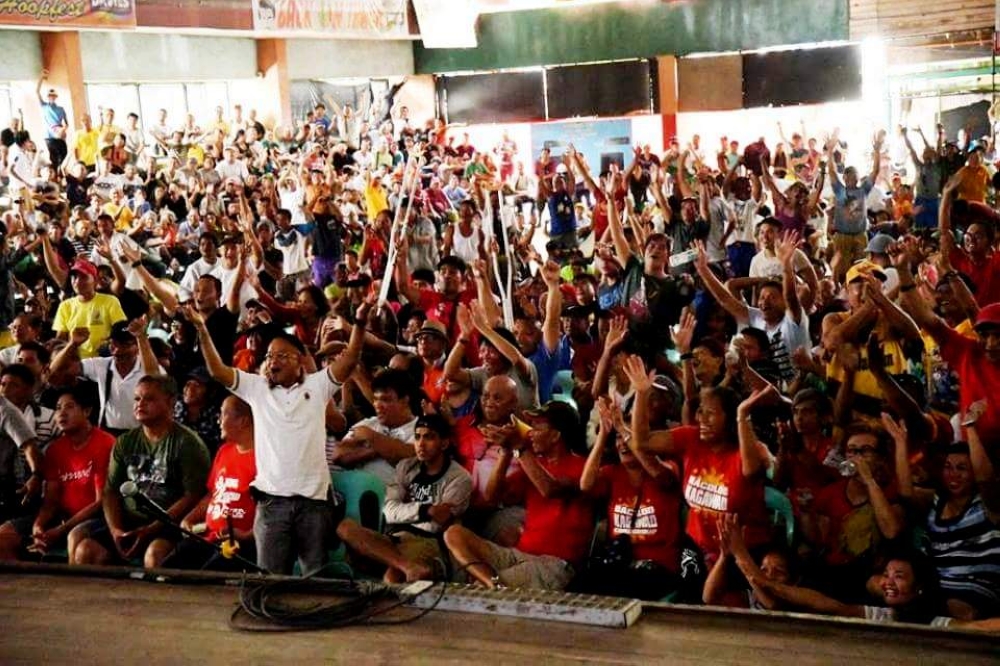 Pacquiao carded his 60th victory after stopping Matthysse in the seventh round.

The local officials also stressed that the People’s Champ can still fight, dismissing claims that he should already retire.

“It was Manny’s first knockout victory after nine long years and it dispelled the ghost of that highly questionable loss to Jeff Horn in Australia last year,” he said.

“The unprecedented presence of President Rodrigo Duterte made it a ‘must-win’ situation. Our country was honored by the legendary Malaysian Prime Minister Tun Dr Mahathir Bin Mohamad, who graced the event,” he added.

Leonardia said Pacquiao is a source of pride and unity. “He is a national treasure. I was a personal witness when seconds before fight trainer Buboy Fernandez took the flag from me and gave it to Manny who readily kissed it. Then Boboy also kissed it. It was a fight for our country.”

He said that spectacular victory will lay to rest speculations of his retirement. He continues to be a big crowd-drawer. One could see and feel the adulation here in Kuala Lumpur.

The mayor noted Buboy Fernandez, who is Pacquiao’s childhood friend and original trainer, has re-established himself among the greats. Both of them have just proven that they can do it without Freddie Roach.

Leonardia disclosed that Pacquiao’s story will go on and on and we all know that there will never be another Manny Pacquiao in our lifetime and even beyond.

For his part, Councilor Caesar Distrito said Pacquiao’s victory had once again proved to the entire world that Filipino is indeed a world champion.

Sending to the floor his rival three times only shows that Pacquiao can still stop any of his opponents, he said.

He added: “his might in the ring is still a killer punch that no one can underestimate.”

“There is nothing left for him to prove in the boxing world. He continues to be an inspiration and role model for aspiring Filipino athletes of what they can become in spite of all the odds. When skeptics say he is too old for his opponent, he sends him to the canvas three times and knocks him out to snatch the title,” she said.

Vice Governor Eugenio Jose Lacson said he was surprised with the performance of Pacquiao.

“Right from the start to the seventh round, the senator dominated the fight. Kudos to Buboy Fernandez and Justine Fortune who masterplanned the whole strategy,” he said.

He also said he is expecting another fight for Pacquiao.

“Fight pa more (Fight for more),” this was Third District Representative Alfredo Benitez could muster when he was reached for a reaction.

He added “more fights and no retirement yet” for the Filipino boxing champion.

The 39-year-old senator proved to naysayers that you cannot count him out just yet as he downed the Argentinian champion in Rounds 3, 5 and 7.

“I am surprised because he is a tough opponent and I knocked him down,” Pacquiao said.

The win was a complete turnaround from his loss to Jeff Horn in 2017, where he lost the WBO welterweight belt.

Pacquiao said that they will be looking into who his next opponent will be and will be discussing it with his team soon. Right now, he is more keen on returning to his senatorial duties.

“Right now I am happy to go back to my country to celebrate this victory and to do my job as a public servant,” he said.

For his part, Matthysse said that the most difficult part of the fight is fighting Pacquiao.