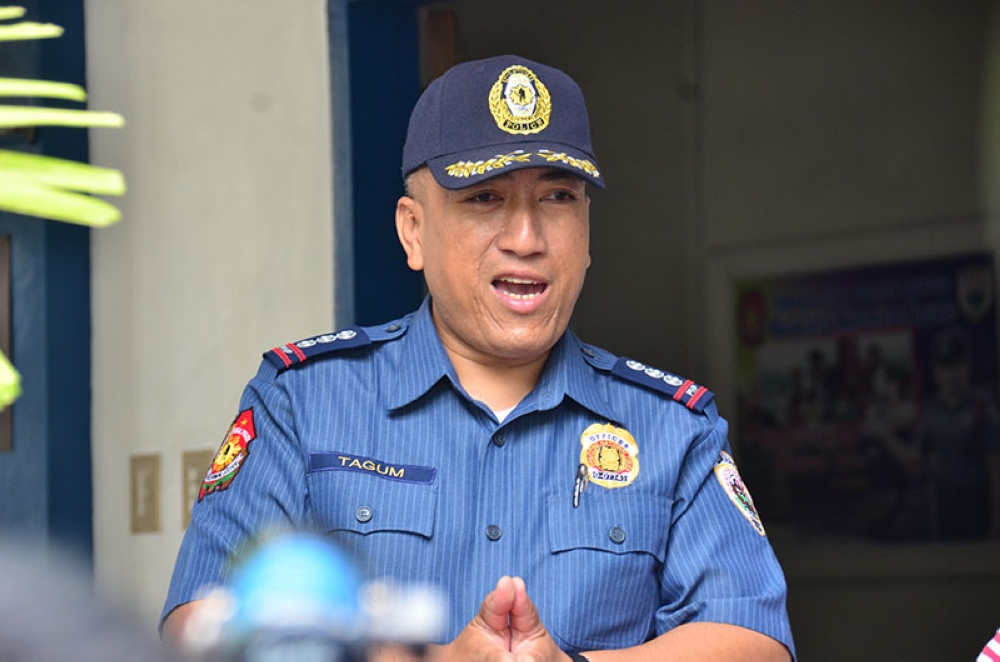 "It was simply a hoax, nothing to worry. The woman was invited for investigation, and her motive for doing such act is just personal grudge and hatred. This stemmed after his son was killed in a buy-bust operation last year," Tagum said.

A 62-year-old woman was shown on closed circuit television (CCTV) as the one nearest the plastic bag that contained a tattered flag and a threat letter allegedly from the Islamic State of Iraq and Syria (Isis) and the New People's Army.

The woman, identified as Luisa Manlangit Datio, a resident of Barangay 76-A Bucana, admitted that it was her on the CCTV, but denied leaving the plastic bag. The police, however, brushed this off saying no suspect would admit an unlawful act.

DCPO spokesperson Senior Inspector Ma. Teresita Gaspan earlier said the footage from the CCTV installed at the San Pedro Square showed Datio approaching the concrete bench in front of the City Hall at around 3:23 a.m. on July 11.

Joyce Valencia, who works for Davao City Environment and Natural Resources (Cenro), discovered the items two hours later. Valencia was cleaning the part at around 5:30 a.m. on the same day when she found the plastic bag.

As to the security and safety measures, Gaspan said the city has been on heightened alert for some time now and this has not changed.

Police Regional Office (PRO) in Davao Region spokesperson Chief Inspector Milgrace Driz, on the other hand, assured that all its personnel assigned in respective cities/municipalities in the region are doing their best to provide security.

Driz also reminded the public to stay vigilant always, and coordinate with the police and the military should there are suspicious stuffs and/or individuals nearby. She added that the police have intensified its intelligence monitoring.