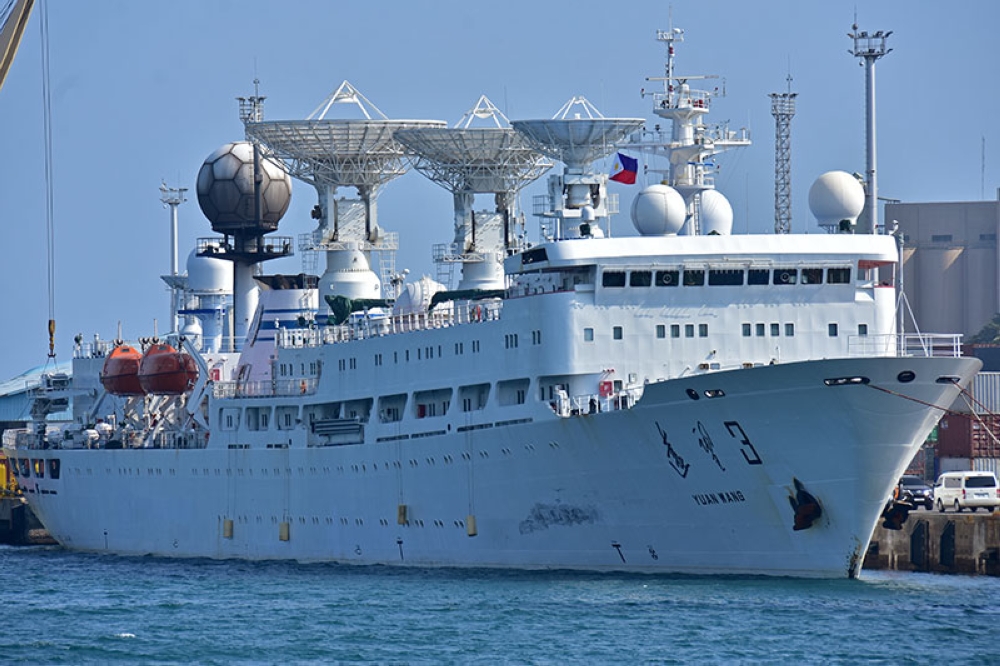 THE Naval Force of Eastern Mindanao (NFEM) allayed fears on the presence of a Chinese research vessel that docked in Davao City on Monday, July 16, citing that Davao Gulf is a convenient route to the Pacific Ocean which is the reason why they opted to come here to replenish their provisions.

In the AFP-PNP press forum Wednesday, July 18, Command Chief Captain Ramil Roberto Enriquez said that the MV Yuan Wang 3, a state-owned Chinese vessel, was only here to replenish its provisions such as food and fuel, underscoring that there’s nothing unusual to the visit.

He said that they monitored the vessel when it traversed Balut Island in Sarangani, Davao Occidental. When the ship caption showed the necessary permits to pass the Philippine waters, they were allowed to proceed.

Enriquez clarified that it is not a navy vessel. He said that the vessel first came to Davao City in 2010 but in between 2010 and 2018, there were other similar foreign ships that docked here.

“These are the things that we accommodate because this is our agreement to other countries the same way we accorded with the same privilege when we go other countries. It’s like an international agreement,” he said.

It can be recalled that the Chinese military transport aircraft Ilyushin Il-76 landed twice at the Davao International Airport last month for "refueling purposes” which caused fuss because there was no prior information on its arrival. But Enriquez said that the Chinese aircraft was bound for New Zealand.

With this frequent visit of Chinese assets, the lawmakers expressed their alarm amid the dispute over the West Philippine Sea (South China Sea).

"What if a hundred Chinese military aircraft suddenly request to refuel simultaneously in Naia (Ninoy Aquino International Airport), Mactan airport, Davao, Cagayan de Oro, and Clark? We might all wake up a colony again, this time by China," Senator Panfilo Lacson said earlier.

The Senate has sought the conduct of an investigation to shed light on the matter.