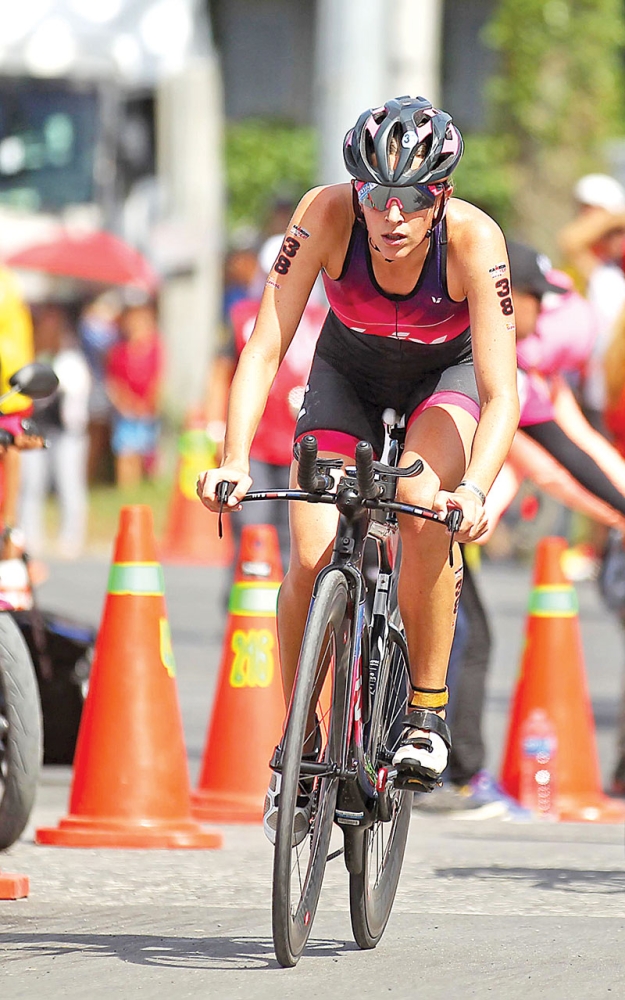 THREE IN A ROW. Radka Kahlefeldt is hoping to add the Ironman Cebu crown to the titles she won in Subic and Davao. (Contributed photo)

Kahlefeldt, a former No. 1 in the European Triathlete Union, dominated the Ironman 70.3 Subic last year, besting four-time Philippine champion Caroline Steffen. She came back strong from the birth of her first child to rule the first Ironman 70.3 in Davao last March.

Against a souped-up field in Cebu, the 33-year-old ace will try to bank on her strong points – swimming and biking – where she expects to build enough cushion going to the concluding run part of the grueling 1.9km swim-90km bike-21.2km run event.

But she admits gunning for a three-peat will take a lot of hard work and determination, in what may be a down-to-the-wire battle for supremacy in the event put up by Aguila Energy Drink and Regent Food Corp. and organized and produced by Sunrise Events, Inc.

For one, Kahlefeldt will be going up against the likes of Steffen and former Ironman Australia titlist Beth McKenzie, both veteran campaigners who have also primed themselves up for the event backed by presenting sponsors Alaska Milk Corp., Department of Tourism and Tourism Promotions Board.

Meanwhile, organizers said a record field of 2,700 from over 51 countries will compete in the event, which also boasts of the one biggest and most complete triathlon expos to date. All finishers will receive podium trophies and medals designed by Cebuano designer Kenneth Cobonpue. (ML with PR)