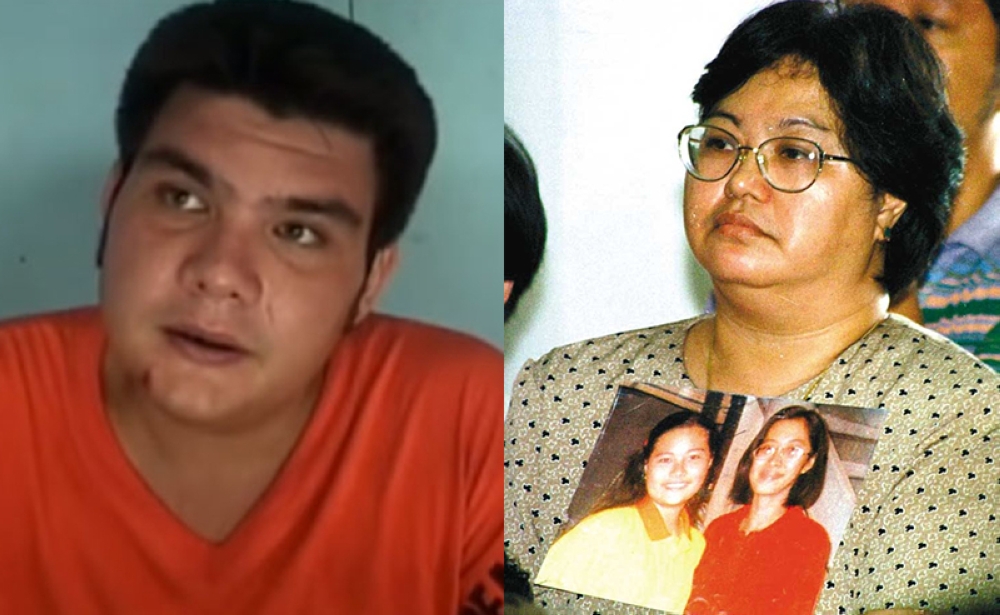 In this combination photo, one of the suspects in the Chiong sisters rape and murder case, Paco Larranaga (left) and Mrs. Thelma Chiong, the mother of Marijoy and Jacqueline. (Paco Larranaga photo grabbed from the film documentary "Give Up Tomorrow" and Thelma Chiong, SunStar File Photo)

AN online signature campaign seeking to review the kidnapping and murder cases against the “Chiong Seven” was launched and has so far gotten some 70,000 signatures.

The petition posted on change.org, which aims to get 75,000 signatures, wants President Rodrigo Duterte to reopen or review what they believe was a “mistrial” of the case against Francisco Juan “Paco” Larrañaga and six others.

“Whether you believe the Larrañagas or the Chiongs, it showed how dirty the Philippine justice system is and how you couldn’t even trust the very system that was made to protect you,” the petition read.

Prior to the launching of the petition, Larrañaga’s mother floated the idea of requesting the President to grant her son executive clemency.

Margarita Larrañaga told radio dyLA that a president’s clemency could help expedite the release of her son from jail in Spain.

Executive clemency is a power of the president to commute sentences in criminal cases.

Margarita maintains that her son was in Quezon City on July 16, 1997. She said that Paco had nothing to do with the disappearance of Marijoy and Jacqueline Chiong, who were kidnapped outside Ayala Center Cebu on the evening of July 16, 1997.

The Chiong family commemorated the 21st death anniversary of Marijoy and Jacqueline on Tuesday by offering a mass at Cebu Metropolitan Cathedral and visiting the columbary in the Alliance of Two Hearts in Barangay Guadalupe, Cebu City.

They also attended the premiere of the film “Jacqueline Comes Home (The Chiong Story)” at SM City Cebu.

The film focuses on the ordeal of the Chiong family after the abduction, rape, and murder of the sisters.

In 2011, Paco’s relatives and friends also produced the documentary “Give Up Tomorrow.”

The film begins with Larrañaga, who wears an orange shirt intended for inmates, being asked whether he is prepared to be jailed or die by lethal injection.

In the film, Larrañaga also shares his frustration after he was not given the opportunity by the court to take the witness stand to air his side of the story.

He said he was illegally arrested and was portrayed as the leader of the gang.

In the online petition, Paco’s supporters said there are actually three sides to the story: that of the Chiong sisters, the Chiong Seven and the truth.

The petition was linked to the #FreePacoNow campaign. (GMD)