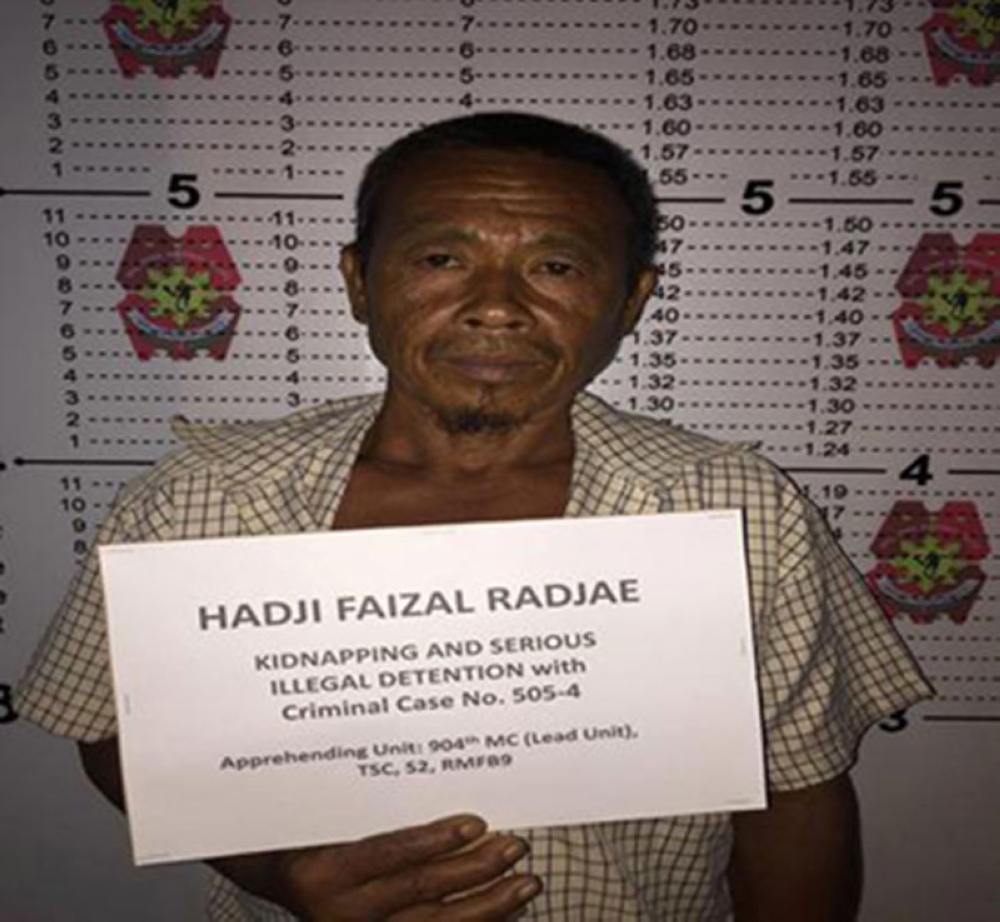 AN ABU Sayyaf Group (ASG) sub-leader who was involved in the kidnapping of 21 people in a Malaysian diving resort more than 18 years ago was arrested in an east coast village of Zamboanga City, the police said Saturday, July 21, 2018.

He said Radjae was arrested in an intelligence-driven law enforcement operation around 3:30 p.m. Friday at Sitio Marangan in Tumitus village, 82 kilometers east of this city.

The police director said Radjae has standing warrant of arrest for the crime of kidnapping and serious illegal detention for his alleged involvement in the kidnapping of 21 people, including eight Europeans, on April 23, 2000 from the dive resort island of Sipadan, Malaysia.

The other hostages included 11 Malaysians and two Filipino resort workers.

The hostages were herded to the hinterlands of Sulu and were later released in batches following payment of ransom.

Beltran said Radjae is an active member of the ASG and kidnap-for-ransom-group (KFRG).

He said Radjae was also involved in other atrocities like bombings in the Zamboanga, Basilan, Sulu and Tawi-Tawi (ZamBaSulTa) areas.

He said the arrested suspect was one of the sub-leaders of slain ASG leader, Ghalib Andang alias Commander Robot. (SunStar Philippines)