4 towns, 2 cities in Pangasinan under state of calamity 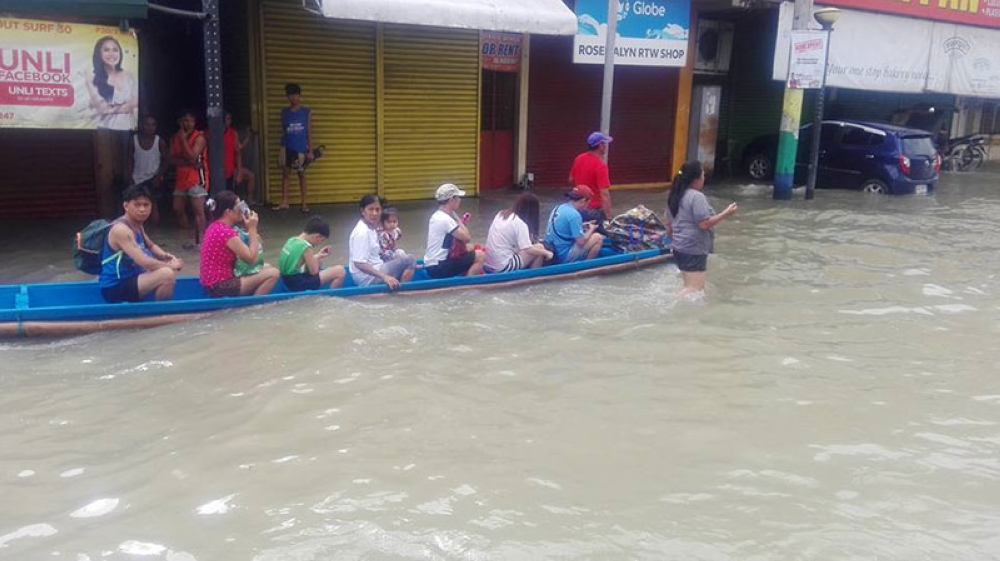 LINGAYEN, Pangasinan -- The local government units (LGUs) of Dagupan City, San Carlos City, Sta. Barbara, Bugallon, Mangatarem and Calasiao in this province have declared a state of calamity in their localities due to flooding.

Avenix Arenas, spokesperson of the Provincial Disaster Risk Reduction and Management Office (PDRRMO) in Pangasinan, in an interview Sunday, July 23, said the whole town of Calasiao remains flooded since Saturday, while Dagupan City’s central business district along with other barangays are also flooded.

Dagupan City was the first to declare a state of calamity on Saturday.

A total of 1,291 families or 5,067 individuals all over the province have temporarily evacuated their homes due to severe flooding, Arenas said.

“Flooding might continue depending on the weather. If it continues to rain in the uplands like in Benguet, wherein its waters go down to the Sinocalan River, then we expect more water” she said, adding that the San Roque Dam has not yet released water.

As of 10 a.m. Sunday, water level at San Roque Dam is at 263.95 meters above sea level (masl) against its 280 masl spilling level with no gates opened, according to PDRRMO.

“There was leakage from a portion of the dike in barangay Alibago. Due to strong water current from the swollen Sinocalan River, it created a three to five meters line hole in the dike, and we cannot yet do anything because the water current is still strong,” said Municipal Disaster Risk Reduction and Management Officer Raymundo Santos of Sta. Barbara, in previous interview.

Meanwhile, the PDRRMO led by Governor Amado Espino III, which is on red alert status since Saturday morning, continues to conduct rescue operations and close monitoring together with augmentation from concerned government agencies.

“We target zero casualties as mandated by Governor Espino. We advised our fellow Pangasinenses to be on watch and follow the authorities in case there is the need for evacuation,” Arenas said.

Espino, in a radio interview Saturday, said they are still gathering data and assessing if there is a need to declare a state of calamity in the whole province.

The provincial government also asked Pangasinenses to pray for the province.

“As we did before when there was an impending super typhoon. We can do it again for the rain to stop and floodwaters to subside in our midst,” it posted on its official Facebook page. (PNA)