Duterte: 'Drug war far from over' 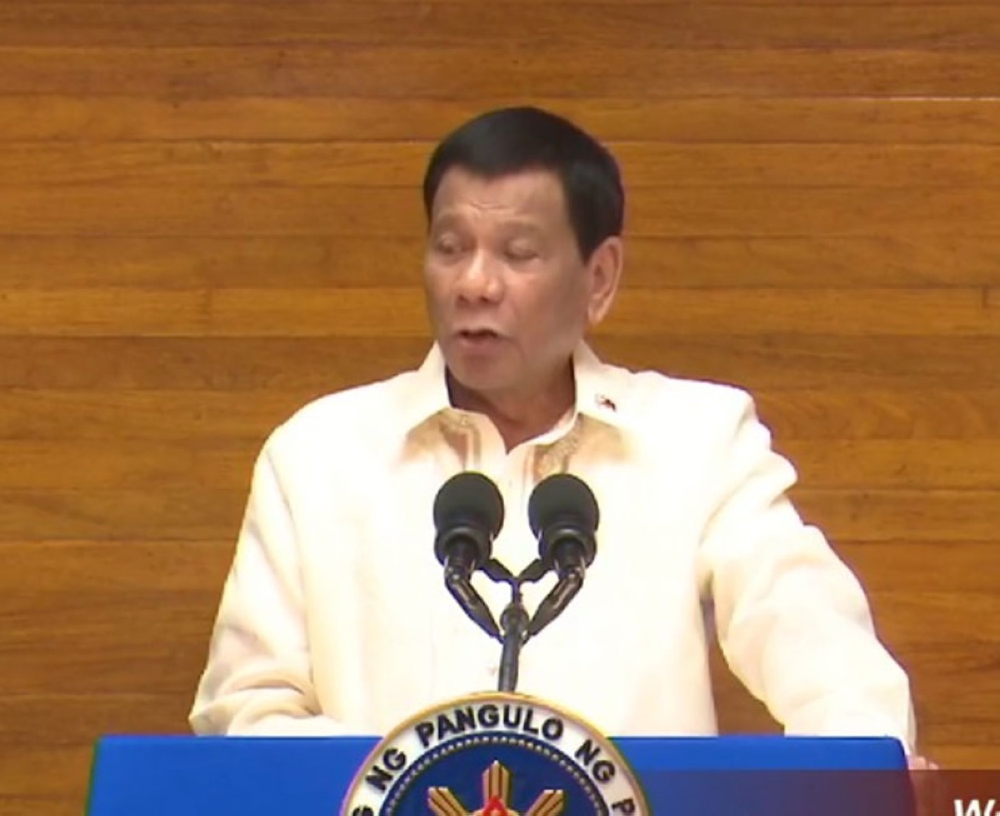 DESPITE failing to meet his self-imposed deadline to end illegal drug trade in the country, President Rodrigo Duterte on Monday, July 23, bragged of the significant gains in his administration's brutal crackdown against narcotics.

"The war against illegal drugs is far from over," Duterte said in his third State of the Nation Address.

"The illegal drugs war will not be sidelined. Instead, it will be as relentless and chilling, if you will... These drug dealers know fully well that their business is against the law. They know teh consequences of the criminal acts," he added.

While Duterte admitted that the drug war has turned "nasty and bloody," he emphasized that illegal drugs "is a waste of life, dysfunctionalizes families and ruins relationships."

These fatalities reportedly resisted arrest during the 102,630 legitimate police operations conducted during the period.

The anti-drug raids also resulted in the arrest of 147,802 drug personalities, including 229 elected officials, 52 uniformed personnel, and 245 government employees.

Duterte initially promised to put an end to rampant trade of illegal drugs within three to six months in office. But when he failed to meet his deadline, Duterte asked for another six months to finish the drug problem.

But in June 2016, the firebrand President sought anew for a one-year extension, a deadline that remains unfulfilled to this date.

Duterte's drug war has gained prominence and earned heavy criticisms locally and internationally, following the series of killings of alleged drug suspects by either police officers or vigilantes.

Despite the backlash, Duterte has remained unfazed and insisted that his campaign against illegal drugs would be relentless. (SunStar Philippines)