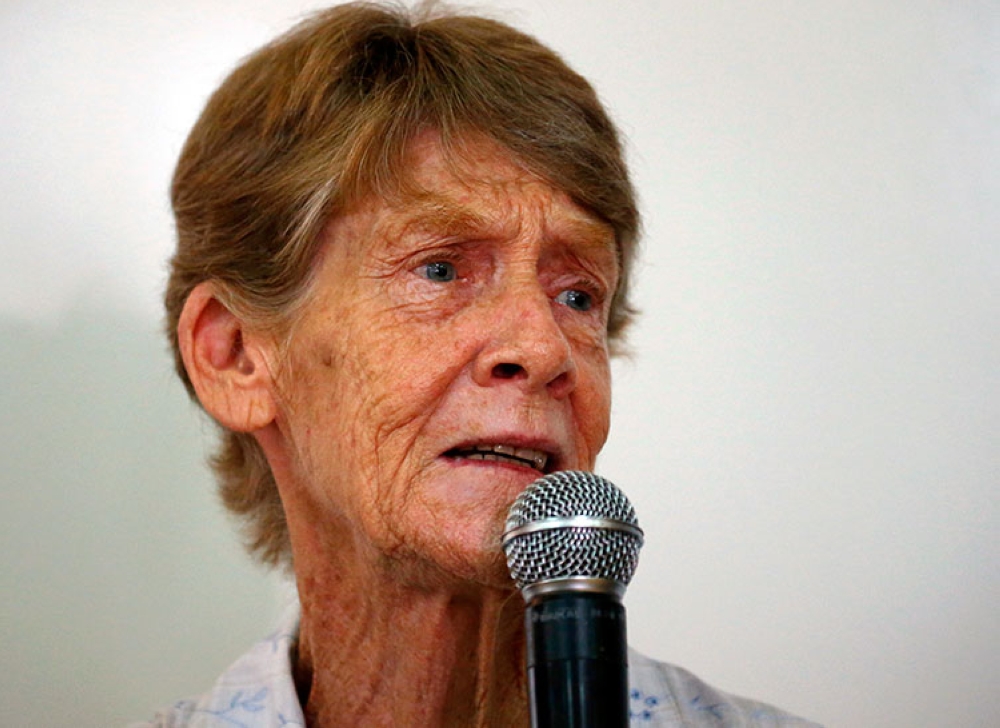 The Rural Missionaries of the Philippines (RMP) in Northern Mindanao condemned the Bureau of Immigration (BI) order deporting Fox from the country "just for witnessing and shepherding her love of the poor and the marginalized."

In a statement, the RMP, however, said the order does not come as a surprise as President Rodrigo Duterte has vowed to send her home.

It can be recalled that Fox has got the ire of Duterte, citing her actions as tantamount to disorderly conduct violating her missionary work in the Philippines for 27 years.

"Sister Pat has been vilified since the day Duterte targeted her like a fugitive, when she only put her faith into practice and showed love without discrimination as testified by the people around her," the RMP-NMR said.

It added that the deportation order of Fox mirrors a "deplorable state of the country under Duterte whose fascist and tyrannical rule has placed the archipelago's human rights situation at its worst."

"With her steadfast commitment as a missionary, Sister Pat has always stood with the rural poor who are mostly the farmers, fisher folk, and the indigenous peoples. She has since worked with them and for them at varied fronts. Her faith has called her to support the plight of the rural poor for genuine agrarian reform. She has opted to extend her solidarity with the marginalized Filipinos and to fulfill her servant leadership through collective witnessing and prophetic action. Despite government persecution, Sister Pat has stood her ground and continued to walk with the poor," the group pointed out.

The RMP is calling on the Philippine government to respect the missionary commitment of Fox "who only opts to witness and shepherd the poor exercising her freedom of religion and expression."

The group also expressed its concern to the rising persecution of the nuns and priests both foreign and Filipino whose work involves the upliftment of the lives of our brothers and sisters in poverty.

"We call on the Church people and other sectors to stand with Sister Pat as she treads with this injustice. Let us all continue to raise our voices and stand up for our Christian solidarity with the poor and the marginalized," the group added.

The Rural Missionaries of the Philippines Northern Mindanao Sub-Region (RMP-NMR) is an organization of men and women religious, priest and lay.

Should Fox be deported, her name will be placed under the Immigration's blacklist, which will bar her from re-entry to the country where she stayed for 27 years.