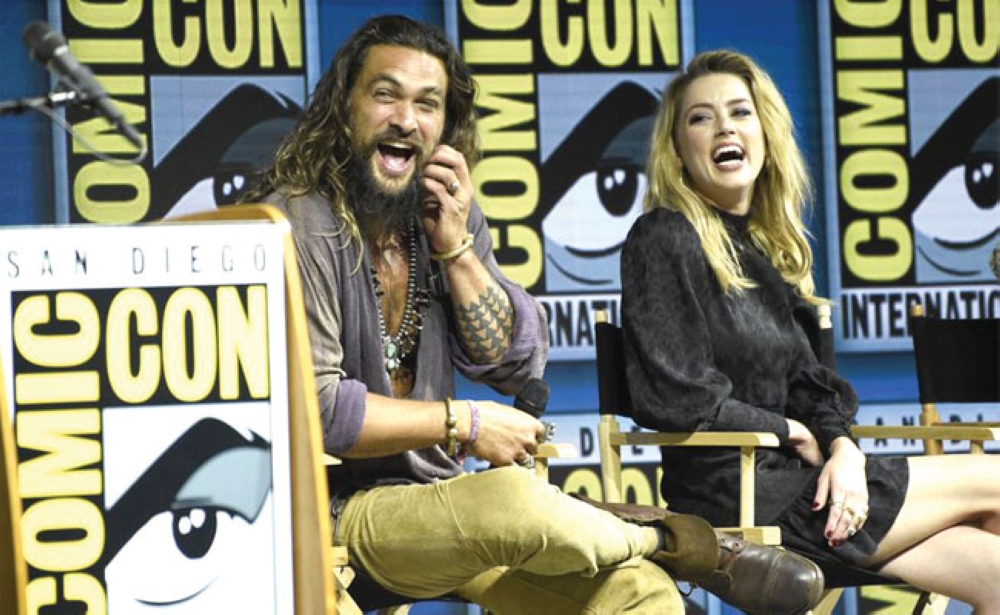 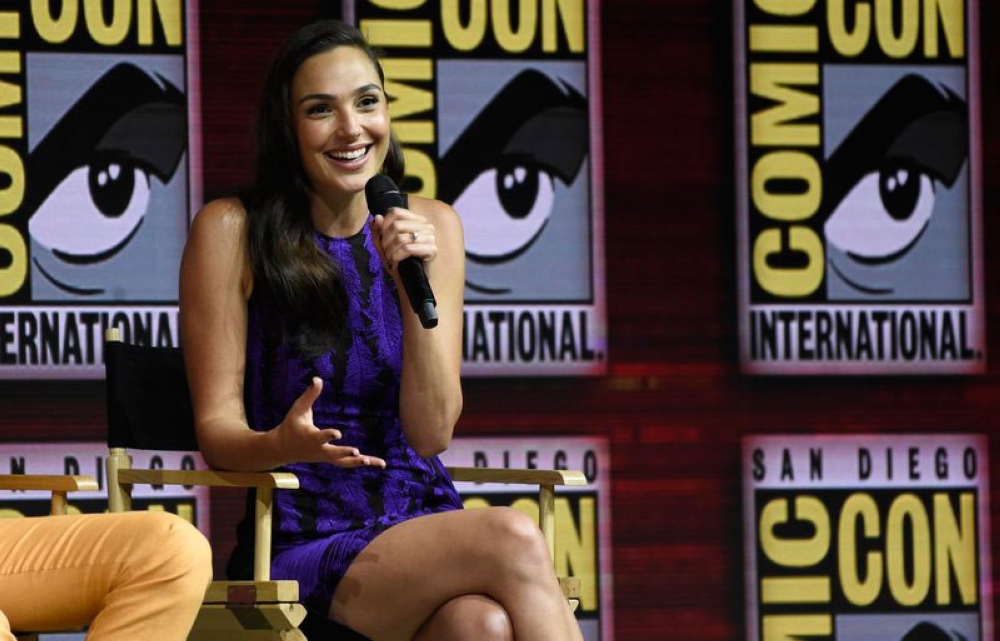 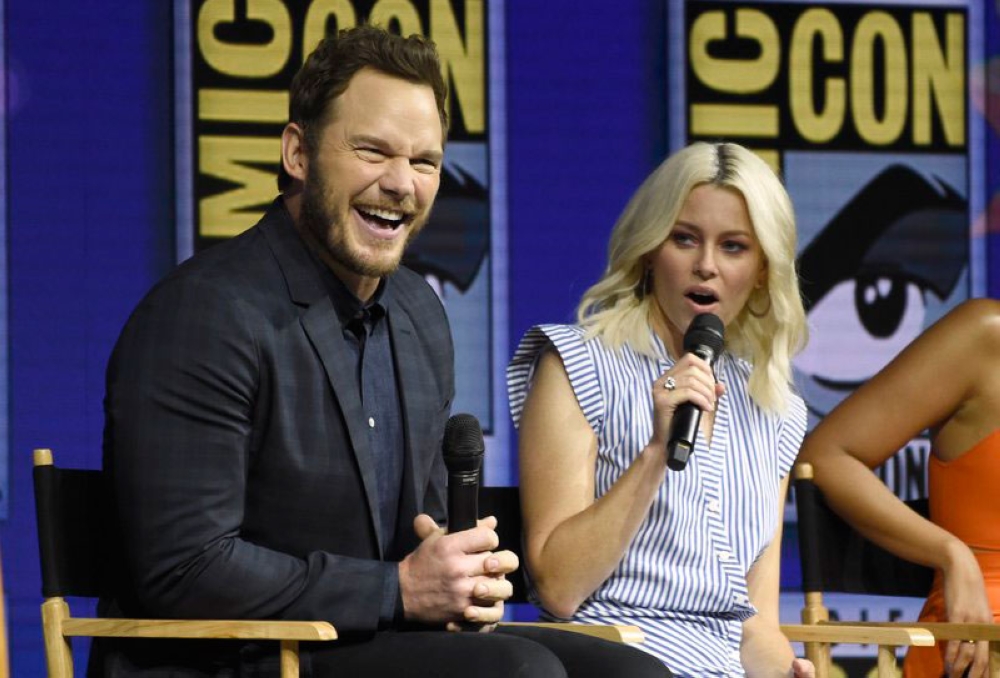 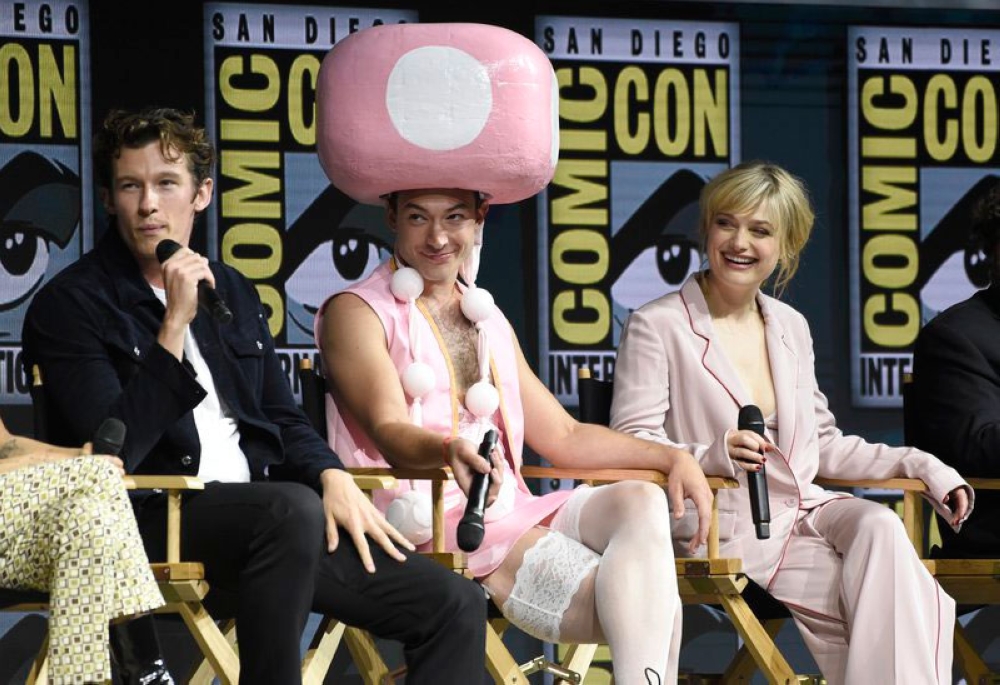 WARNER Bros. brought out all the stops at Comic-Con with an army of stars, surprises and new footage from films like “Aquaman,” “Shazam!” and even “Wonder Woman 1984,” which is only three and a half weeks into production. Jason Momoa, Gal Gadot, Chris Pratt, Johnny Depp and Nicole Kidman were just a few of the starry names to grace the stage of the comic book convention’s Hall H.

Momoa, who stars as Aquaman, seemed to be as excited as those in the 6,500-seat audience, if not more so. The actor was downright giddy speaking about the film, which is over five years in the making.

Director James Wan, best known for his “Conjuring” films, introduced some new footage in two trailers from the origin story, which hits theaters in December.

“I wanted to create a superhero film that we’ve never quite seen before. I wanted our film to be more unique,” Wan said. “My movie plays more like a science fiction fantasy film than a traditional superhero movie.”

Warner Bros.′ was the most-anticipated Hall H presentation of the convention, which this year was absent of many of the big names that attendees have come to expect, like Marvel Studios, Lucasfilm (“Star Wars”) and HBO’s “Game of Thrones.”

The studio also has continued to have to prove its mettle with its DC Comics universe, which has had its share of widely panned movies, like “Justice League.” The focus Saturday thus was not on Batman or Superman, but the new, the fresh and the proven-quantities, like “Wonder Woman,” which has been best-reviewed and most beloved of the new DC universe.

It’s why, with 20 weeks of filming left to go, “Wonder Woman 1984” star Gadot and director Patty Jenkins took a break from their Washington DC shoot to tease brief footage from the highly anticipated follow-up to the groundbreaking superhero film.

The clip showed Diana Prince saving a young girl from some bad guys in their Miami Vice-finest in a very ’80s-looking mall.

Chris Pine also joined Gadot and Jenkins on stage, but all stayed mum about how and why his character Steve Trevor is back considering his fate in the first movie (and that he looks to be the same age as he was in 1917).

Jenkins said his presence is a “very important part” of the movie and that audiences will have to see it in November 2019 to find out.

She did explain why she set the movie in the 1980s.

Another audience-pleaser was “Shazam!” and Zachary Levi was on hand to introduce the first trailer for the DC superhero film, or “Big” with superpowers. The origin story shows how a bullied 14-year-old kid becomes the superhero (and a fully grown man) after a fateful ride on the subway. It comes out in April.

“There are very few characters who are just stoked to have their powers,” Levi said. “Since I still am waiting to wake up one morning and fly, to do that, I just got to be me. I got to be a genuine part of myself ...I love that there’s still an optimism in him.”

“Maybe now more than ever we need heroes like that, who care about people,” Levi added.

Chris Pratt also took the stage with Phil Lord and Christopher Miller to tease “The Lego Movie 2: The Second Part,” out in February. Pratt said his own trajectory mimicked his character Emmett’s journey in “The Lego Movie.”

When he was cast in the first movie, he was still best known for being Andy in “Parks and Recreation,” but by the time they finished voice-recording, he was Star-Lord in “Guardians of the Galaxy” and one of Hollywood’s biggest stars.

“You think, ‘Oh my life is a computer simulation and I’m living in the Matrix,’” he said.

The sequel will feature a few winks to Pratt’s real life and career, including a character named Rex Dangervest, who counts “raptor trainer” as one of his many jobs.

Pratt’s comment about the impact of “Guardians of the Galaxy” on his life was his only mention of the franchise on stage, which came just one day after writer and director James Gunn was fired from the third installment over past tweets. The actor pulled out of planned press line interviews following the news.

In addition to showing the trailer for “Godzilla: King of the Monsters,” many of the stars of “Fantastic Beasts: The Crimes of Grindelwald,” like Eddie Redmayne, Jude Law, Zoe Kravitz and Ezra Miller (sporting a “Super Mario Bros.” Toadette costume) turned out to talk about their sequel as well.

“Everything is at stake, really,” Law said of the film that comes out Nov. 16. “The depths and darkness in this story are the darkest that this world has plumbed before.”

Other topics discussed included Law’s “hot Dumbledore,” and what they’d use Harry Potter magic for. Not missing a beat, Kravitz said, “Impeach Trump.”

Johnny Depp, who plays Grindelwald, also made a surprise appearance in costume and character. “I love you, Johnny,” shouted an audience member.

As in years past, the studio brought out all the stops for the showstopper presentation, bringing in screens that stretch around 180 degrees of the massive room, and a booming sound system to match. (AP)