Does PRRD already have ratified version of Bangsamoro law? 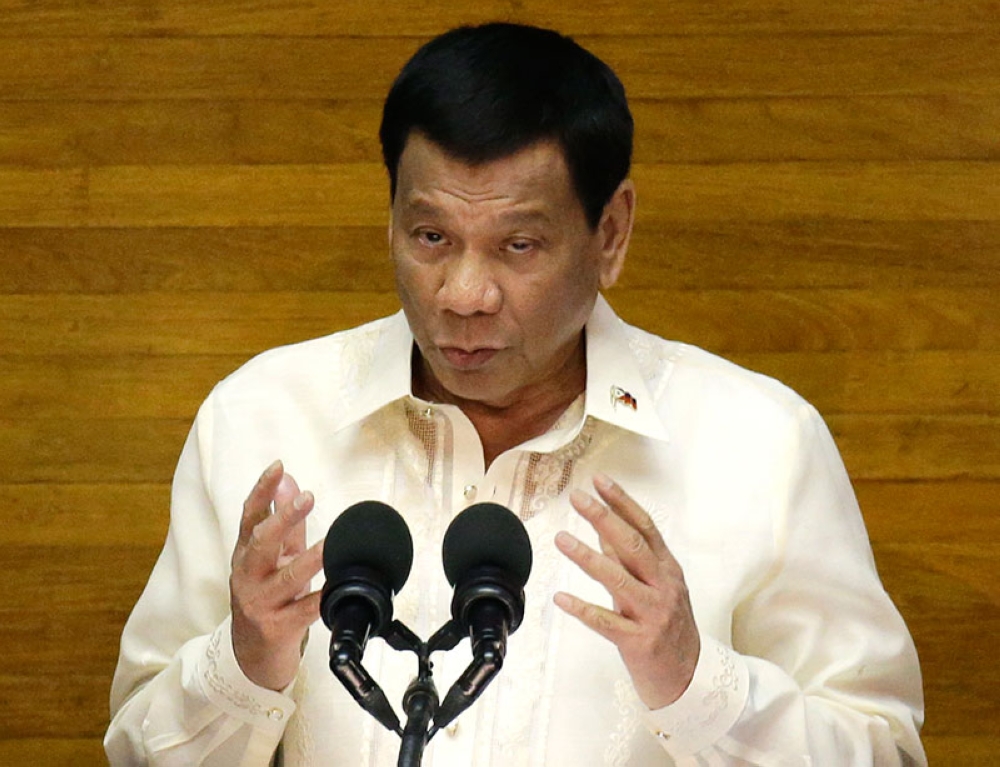 WAS the Bangsamoro Organic Law (BOL), formerly Bangsamoro Basic Law (BBL), ratified by the House of Representatives? It was if you were listening closely to President Rodrigo R. Duterte's State of the Nation Address (Sona), yesterday. And apparently, it was, according to an insider.

Duterte in his Sona promised swift action on the Bangsamoro Organic Law (BOL) and that this will be signed into law, he just needs 48 hours to review it.

What's baffling was when the President read the part of the prepared State of the Nation Address (Sona) that said, "When the approved version is transmitted and received by my office...", he paused and added: "The law has been passed actually and I intend to... Give me 48 hours to sign it and ratify the law."

What was clear was that he will make sure that the law he will sign will be true to its intention.

Calling up those who have inside information about how the BOL is going, Sun.Star finally got word later last night that there is supposed to be a ratified version that was forwarded to the President by the group that has associated themselves with new House Speaker Gloria Macapagal-Arroyo. That was what Duterte was referring to, the source involved in the peace negotiations said.

"So submitted to Digong na... for his signature so he said he needs 48 hrs to work on it," the source said.

Duterte, reiterating his promise that his government will work to resolve the conflict in Bangsamoro, which he has repeatedly described as a result of historic injustice, he also recalled how the bulk of income generated in Mindanao are remitted to the national capital and are used to finance projects in the national capital, "leaving a pittance to Mindanao as its share" and vowed to rectify this.

"Despite all that has been said [for] or against the Bangsamoro Organic Law by all sectoral groups, I make this solemn commitment that this administration will never deny our Muslim brothers and sisters the basic legal tools to chart their own destiny within the Constitutional framework of our country," he said.