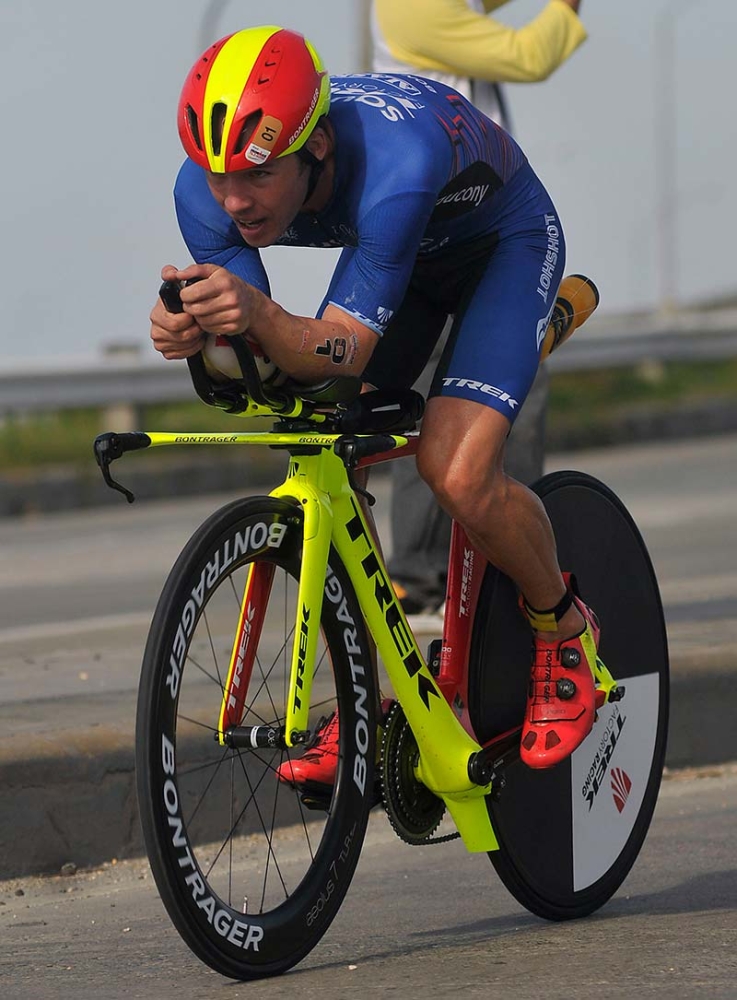 BEST OF THE BEST. Three-time champion Tim Reed will be joined by 47 of the best male and female triathletes in the country when he competes in the Asia Pacific 70.3 Championships on Aug. 5. (SunStar File)

TWENTY-ONE of the world’s leading and rising male triathletes and 17 in the women’s side gear up for what promises to be a battle royale in the biggest gathering ever of endurance runners in Ironman 70.3 Philippines on Aug. 5 at the Shangri-La Mactan Resort and Spa in Lapu Lapu City.

Tim Reed, one of Australia’s best triathletes and winner of the event the last three years, will be hard-pressed in his drive for a fourth championship with a slew of equally talented rivals all primed up for the annual event.

“Everybody is excited for this particular Ironman race for its star-studded cast in the centerpiece pro division and a championship course ready to challenge even the best in the fold,” said Wilfred Uytengsu, founder of SEI, which incidentally is marking its decade-long staging of triathlon events in the country.

But it won’t be an all-male show as an equally star-studded cast braces for a spirited duel for the women’s tiara, to be led by Czech Radka Kahlefeldt, who will be shooting for her third crown after ruling the Ironman 70.3 Subic last year and the first Ironman 70.3 Davao.

But like Reed, the former No. 1 in the European Triathlete Union faces a crack roster of rivals out to spoil her drive, including veteran campaigner Dimity Lee Duke, four-time Philippine champion Caroline Steffen and former Ironman Australia titlist Beth McKenzie.

The elite pro field is part of a record cast of 2,700 triathletes from over 51 countries vying in the event, which also boasts of the one biggest and most complete triathlon expos to date. All finishers will receive podium trophies and medals designed and hand made by world class Cebuano designer Kenneth Cobonpue. (ML from PR)