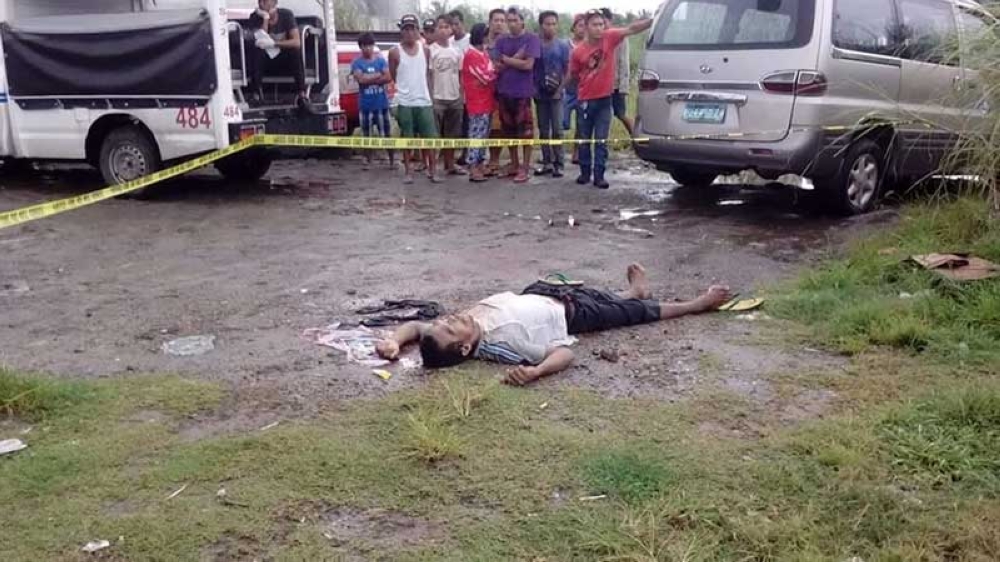 A PEDICAB driver was found dead along the seawall of Bacolod Real Estate Development Corp. (Bredco) port at the Reclamation Area in Bacolod City around 7 a.m. yesterday.

Inspector Florentino Abalayan, deputy chief of Police Station 2, identified the fatality as John Solomon, 36, a native of Murcia town, but temporarily residing at Barangay 16 in this city.

The victim, who has a lone gunshot wound on his head, was found by security guards detailed at the port.

Police recovered a fired bullet of .45 caliber pistol from the crime scene. His pedicab was also recovered a few meters away from the scene.

Abalayan said they were able to identify the victim by asking other pedicab drivers in the area about the owner of the recovered pedicab.

Based on the statements of other drivers, he's been staying alone in Barangay 16 for three months already, Abalayan said.

Abalayan said they have yet to determine the motive of the killing.

"We are waiting for witnesses who can testify and identify the perpetrators," he added.

Abalayan said the unidentified assailants committed the crime at the port because of the bloodstains in the area.

The victim has yet to be claimed by his family, he added.