Cop killed in shootout with Swat 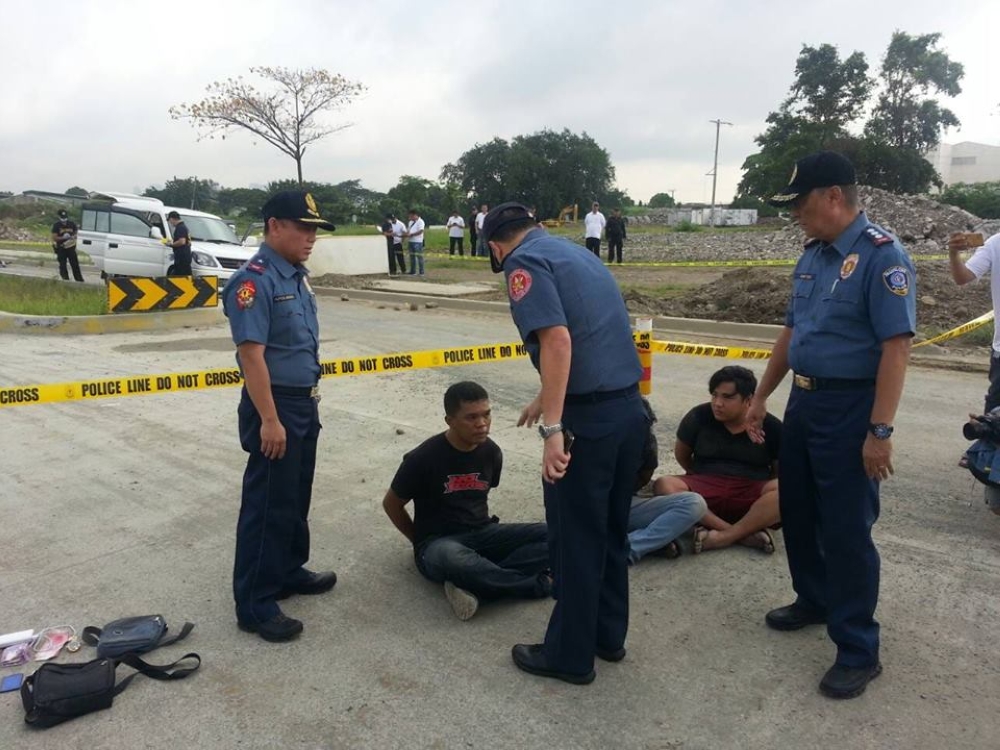 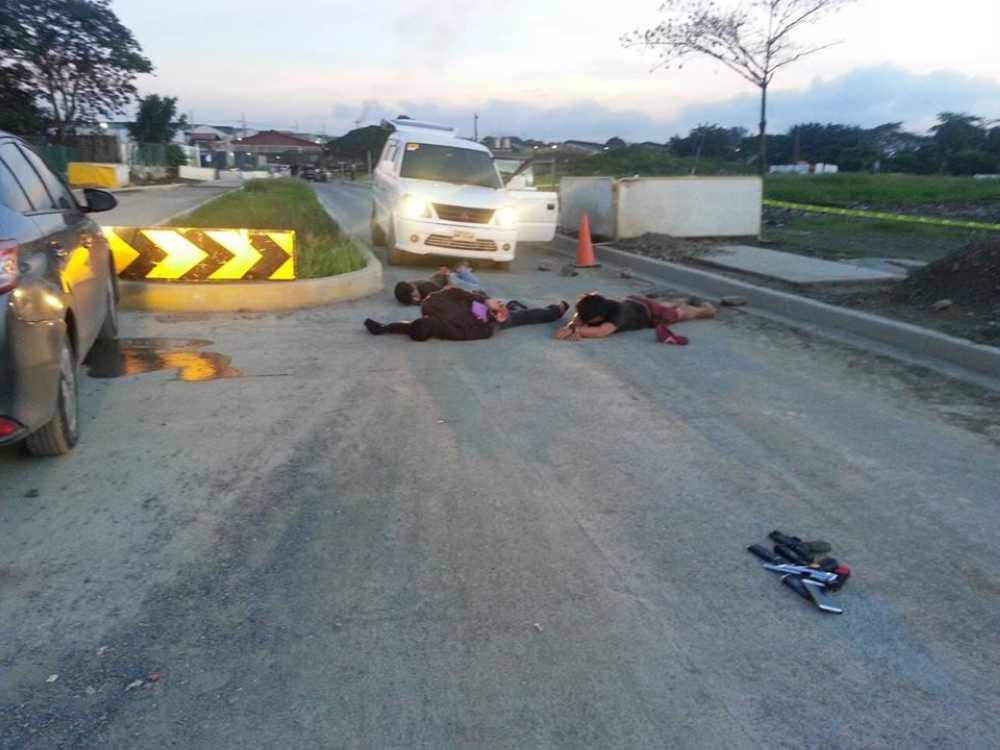 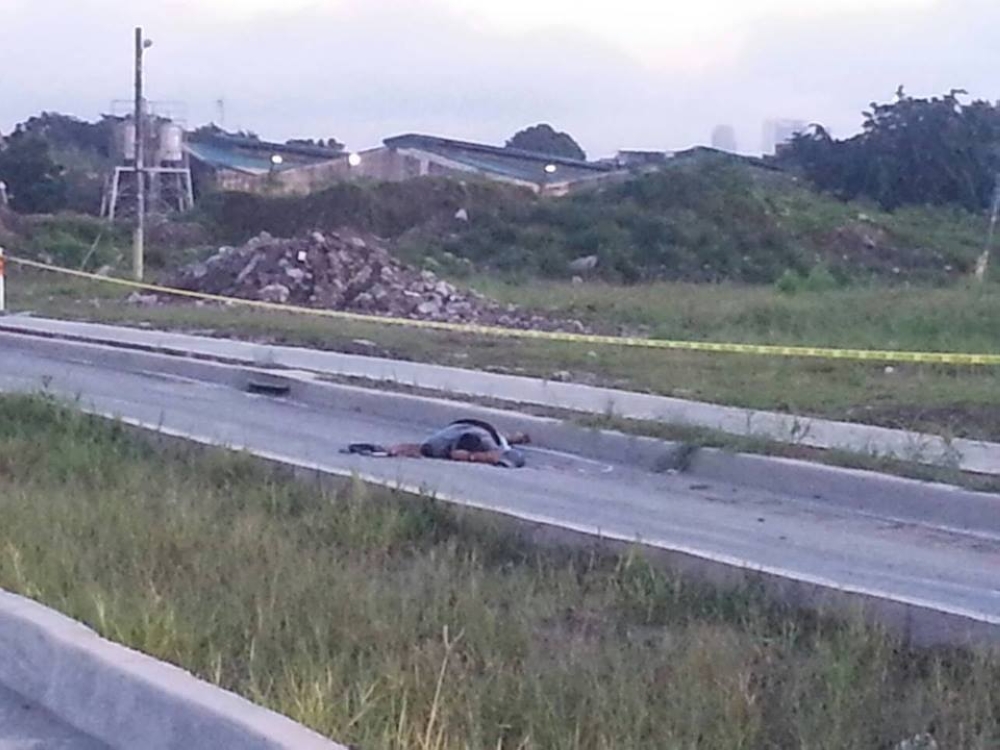 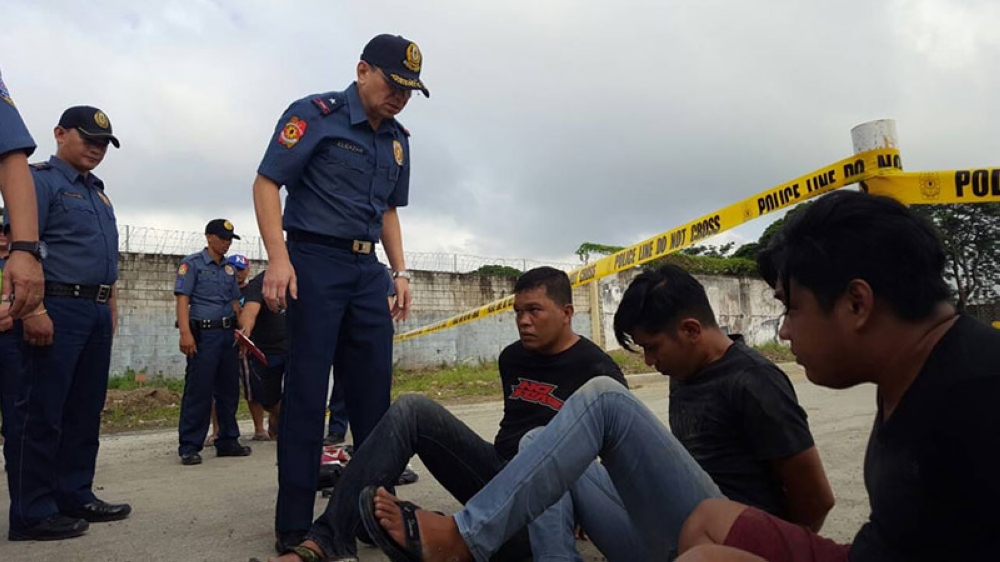 MANILA (Updated) -- A policeman was killed while three others were arrested following a shootout with a Special Weapons and Tactics (Swat) team Tuesday dawn, July 31, in Taguig City, Metro Manila.

Apolinario said the suspects turned out to the policemen, who are allegedly members of the Maru kidnap-for-ransom group.

“Police encounter with suspected kidnap-for-ransom group resulted to death of one suspect and arrest of five others. Suspects turned out to be all policemen in active service,” said Apolinario.

Apolinario said they had received a complaint from Ronielyn Caraecle, who said four armed men forcibly entered her house on Viscara Street, New Lower Bicutan, Taguig, around 12:30 a.m. of July 31, and took her and her boyfriend Samuel Reyes aside from carting away cash amounting to P7,000, two gold watches and signature wallets.

Caraecle said the armed men demanded P50,000 for her and her boyfriend’s release. Caraecle’s family was able to immediately produce P20,000 and made an initial payment at about 1:30 a.m., or an hour after the couple was taken.

The suspects released Caraecle so she could produce the balance of P30,000. They allegedly kept her boyfriend hostage.

Caraecle then sought the assistance of the police, resulting in the entrapment operation.

Recovered from the suspects were four firearms with magazines, two extra magazines, cash worth P10,600, one gold watch, three cellphones, illegal drug paraphernalia, and two sachets of suspected methamphetamine hydrochloride (or shabu) that were found in Ancheta’s pocket.

Investigation showed that it was the second illegal operation conducted by the said policemen.

The first happened around 8:30 p.m. of July 30, when the same group entered the residence of Moreen del Castillo on MLQ street, Purok 2, New Lower Bicutan, and took her cash amounting to P50,000.

“Itong mga pictures ng mga members ng PCP 1 will be shown to the (kidnap) victim for possible identification but just the same all of them 39 of them are effectively relieved as of today and are now being transferred to regional headquarters for investigation and further disposition,” he said. (SunStar Philippines)